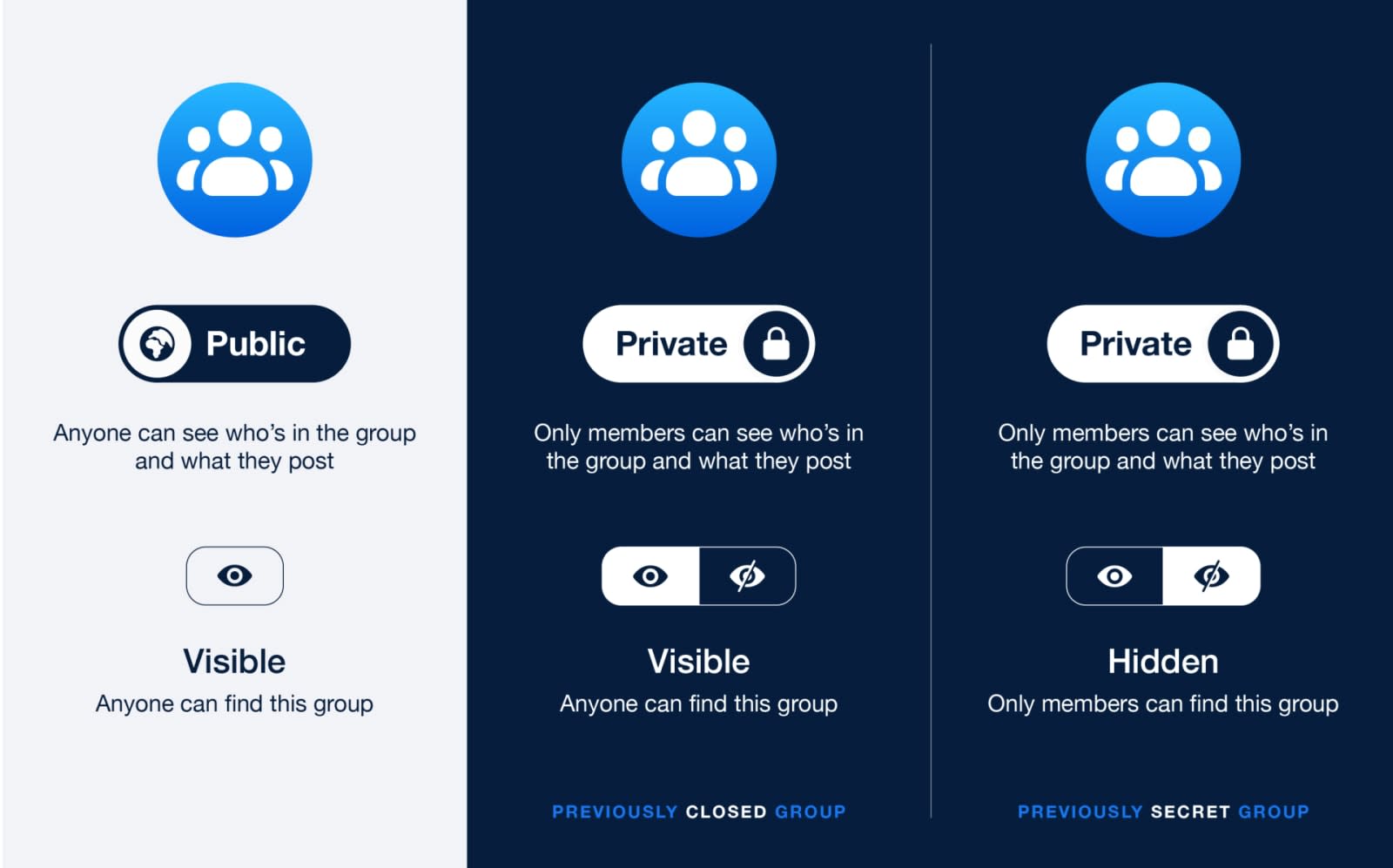 Facebook wants to make it easier to understand its Group privacy settings. It's doing away with public, closed or secret settings. Instead, Groups will be "private" or "public." Facebook claims this will simplify who can find a Group and see its members and posts.

In private Groups, only members will see who else is in the Group and what they've posted. Admin will be able to control who discovers the Group, though, either making it "hidden" or "visible." The same Community Standards will apply to public and private Groups, as they have to public, closed and secret Groups, so Facebook will still be able to monitor for "bad actors and bad content."

The change is in line with the vision Mark Zuckerberg described at the most recent F8 developers conference. Zuckerberg positioned private Groups as a big part of Facebook's strategy going forward, and this seems like a step toward that future. Unfortunately, while the new terms could help clarify who sees which content, the change does little to address Facebook's problem of hate-filled Groups.

In this article: facebook, facebook groups, future, gear, groups, hidden, internet, privacy, private, public, security, settings, tomorrow, visible
All products recommended by Engadget are selected by our editorial team, independent of our parent company. Some of our stories include affiliate links. If you buy something through one of these links, we may earn an affiliate commission.