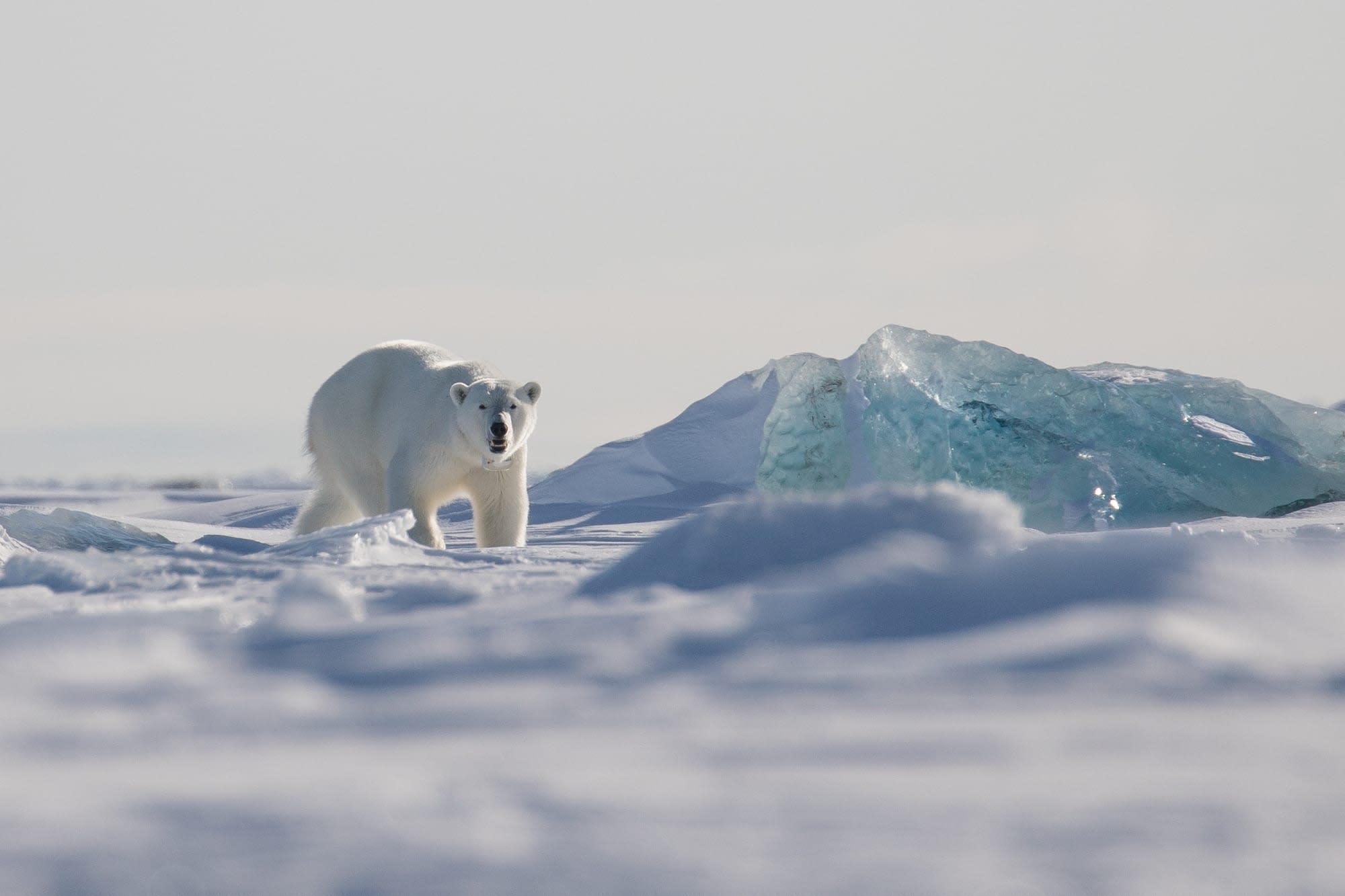 Microplastics are polluting tap water, the deep sea and now even remote corners of the Arctic. Scientists found concentrations of plastic in ice floes from the Fram Strait, the passage that connects the Arctic Ocean to the rest of the world's oceans. Their findings, published today in Science Advances, offer further evidence that increased plastic production is impacting the environment in new, unforeseen ways.

The study was lead by Dr. Melanie Bergmann of the Alfred Wegener Institute for Polar and Marine Research. Bergmann and a group of scientists analyzed and compared snow samples from the Arctic, the Swiss Alps and certain areas of Germany. While the level of microplastics they found was was much lower in the Arctic than in more populated regions, it was still substantial. On average, the sample from the ice floes contained 1,760 microplastic particles per liter. Samples from the European regions revealed over 20 times that much.

Given that the Arctic is one of the most pristine, uninhabited regions on the planet, the findings of plastic waste are worrisome. The researchers believe the microplastics may have made the long journey to the Arctic from urban regions through winds and precipitation. Microplastics are airborne and can be transported through the atmosphere. Researchers have also found microplastics in regions of Dongguan, China, Tehran, Iran, Paris, France and the French Pyrenees, all arriving by atmospheric fallout.

Scientists are especially concerned about the impact of microplastics on human health. For years, we've seen signs that plastic waste is causing havoc on the environments and health of marine and land animals. But with microplastics being able to freely travel through air, water and snow, it's no surprise that they have permeated the human food chain. The tiny particles have been detected in human lungs and feces.

There's still very limited science on the long-term health impacts of ingesting such microplastics -- for both humans and animals. But the scientific community believes that needs to change. "The high [microplastics] concentrations detected in snow samples from continental Europe to the Arctic indicate significant air pollution and stress the urgent need for research on human and animal health effects focusing on airborne [microplastics]," wrote the researchers in the paper.

In this article: arctic, arctic oean, green, microplastics, plastic pollution, tomorrow
All products recommended by Engadget are selected by our editorial team, independent of our parent company. Some of our stories include affiliate links. If you buy something through one of these links, we may earn an affiliate commission.