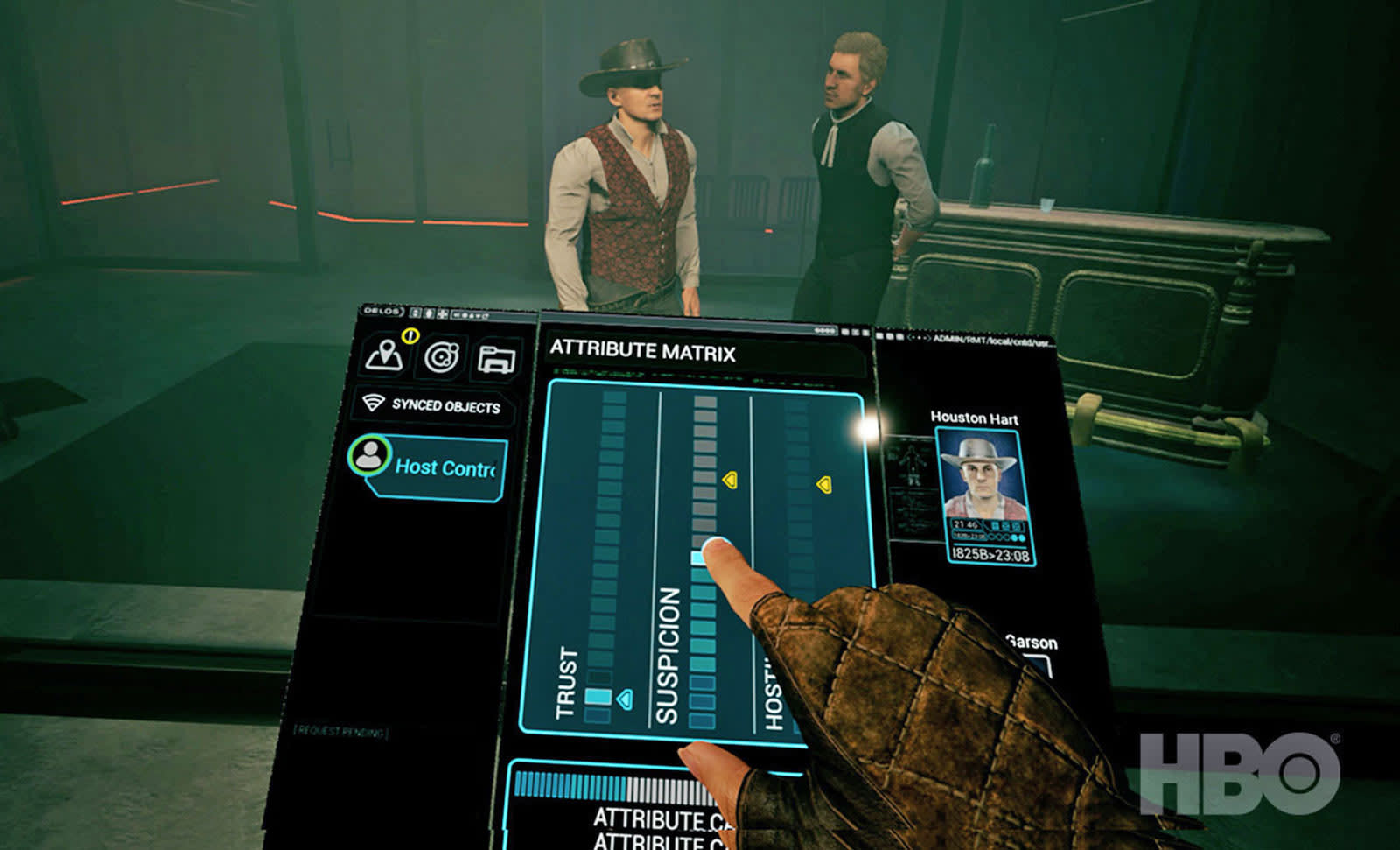 My name is Kate and I've been brutally murdered in an old west farmhouse.

Moments after meeting my doom, I'm awake. Barely. I'm in a sterile room with two people lording over me. They talk to each other while I try to understand what's happening. My limbs no longer seem to respond to my desires. The same thing happened when a maniac ended my life what seems like only moments before.

Then suddenly, I'm back outside the farmhouse my life has been rewinded and once again, I'm looking for a relative and, like a trained dog eager to please my master, I follow my route into the house, again. It's been predetermined that I'll return to this lab and the scene of my death over and over again. Except this time, I veer from my set path. I hide.

I'm playing Westworld Awakening from HBO and Survios a VR experience that's available now for $30 on Steam, Oculus and Viveport.

For fans of the HBO series Westworld, the scenario is familiar. An android host of the fictional amusement park (Westworld) is slowly becoming sentient. I experience this in a downtown San Francisco office building. The VR mechanic requires me to swing my arms back and forth to walk. I'm sure it looks awkward (as with all VR movements) to the outside world, but I'm immersed in a story I've seen played out on premium cable and it's, dare I say it, fun? 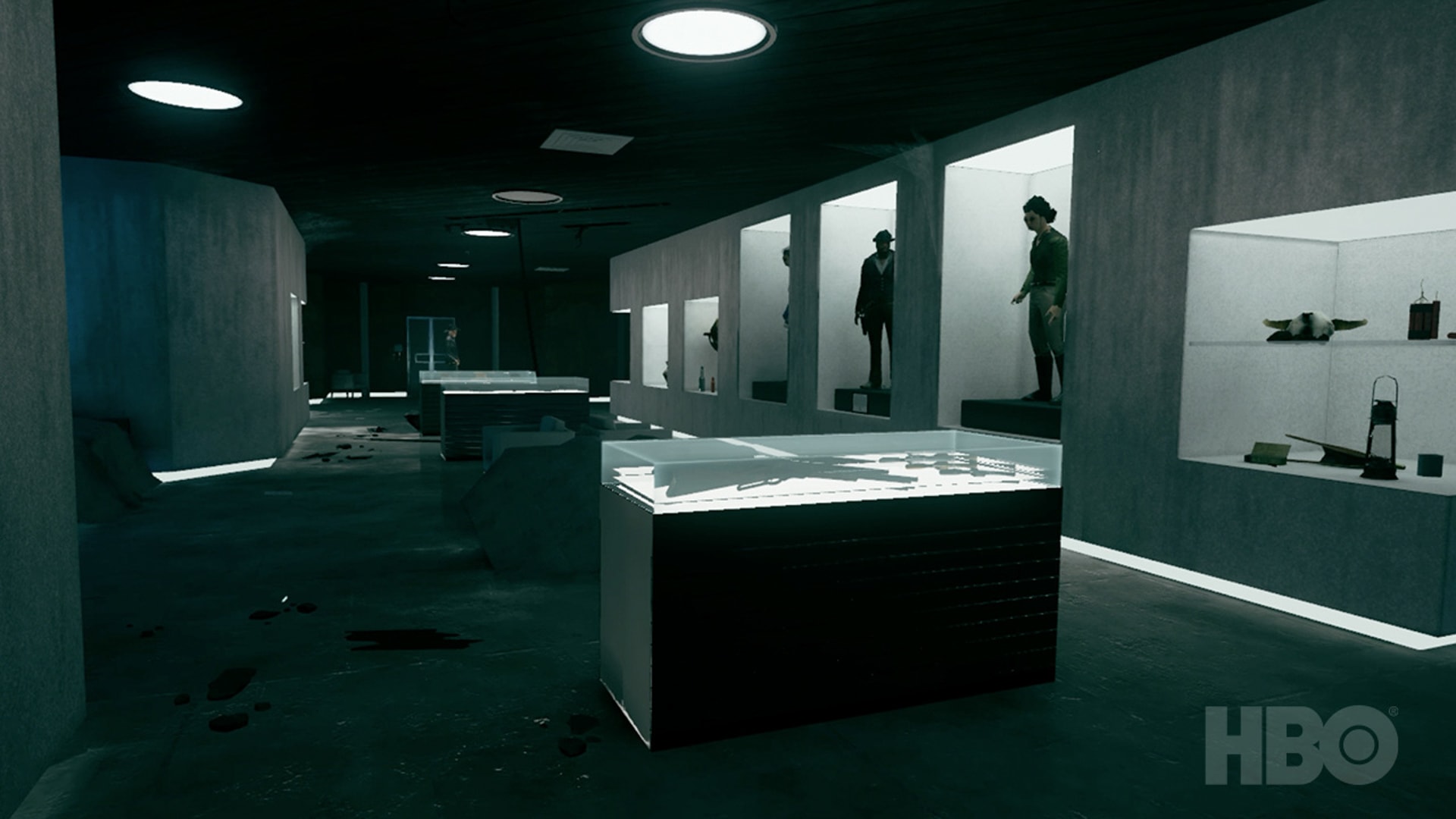 That's because HBO and its partner Survios focused more on story than on tech. Sure the technology is there -- the world was immersive, the mechanics were smooth, and I encountered very little if any latency. In other words, it didn't make me sick and everything looked great. But who cares, if the story is lacking.

"We wanted to make something that was longer, deeper, more visceral," said Adam Foshko HBO director of story and narrative design. "We began to think of ways to put together a story that will explore some of the mysteries of Westworld, and in a unique way."

The result is a five-act story about Kate's awakening set during the second season of the HBO show. I was able to play portions of act one and two. I eventually, woke up in the lab after things have gone sideways for the humans running the facility. While the story is guided (it's not an open world like Grand Theft Auto) I am able to wander around a bit while moving along with the story.

The story is familiar which helps pique my interest in seeing where I eventually end up. But time is up and I have to give up my face computer. I wonder what happens to Kate. I'm sure she escapes either literally or figuratively. What keeps me coming back to Westworld are the ethical dilemmas encountered by the hosts and the humans. Does manufactured life and experience have the same value as one that's earned during a lifetime? Westworld Awakening might not answer that question, but it should create a bit more empathy for the robots in our lives. Or at least be a reason to put a computer on your face for a few hours.

In this article: gadgetry, gadgets, gaming, hands-on, hbo, personal computing, personalcomputing, Survivos, virtual reality, VR, wearables, westworld, westworld awakening
All products recommended by Engadget are selected by our editorial team, independent of our parent company. Some of our stories include affiliate links. If you buy something through one of these links, we may earn an affiliate commission.