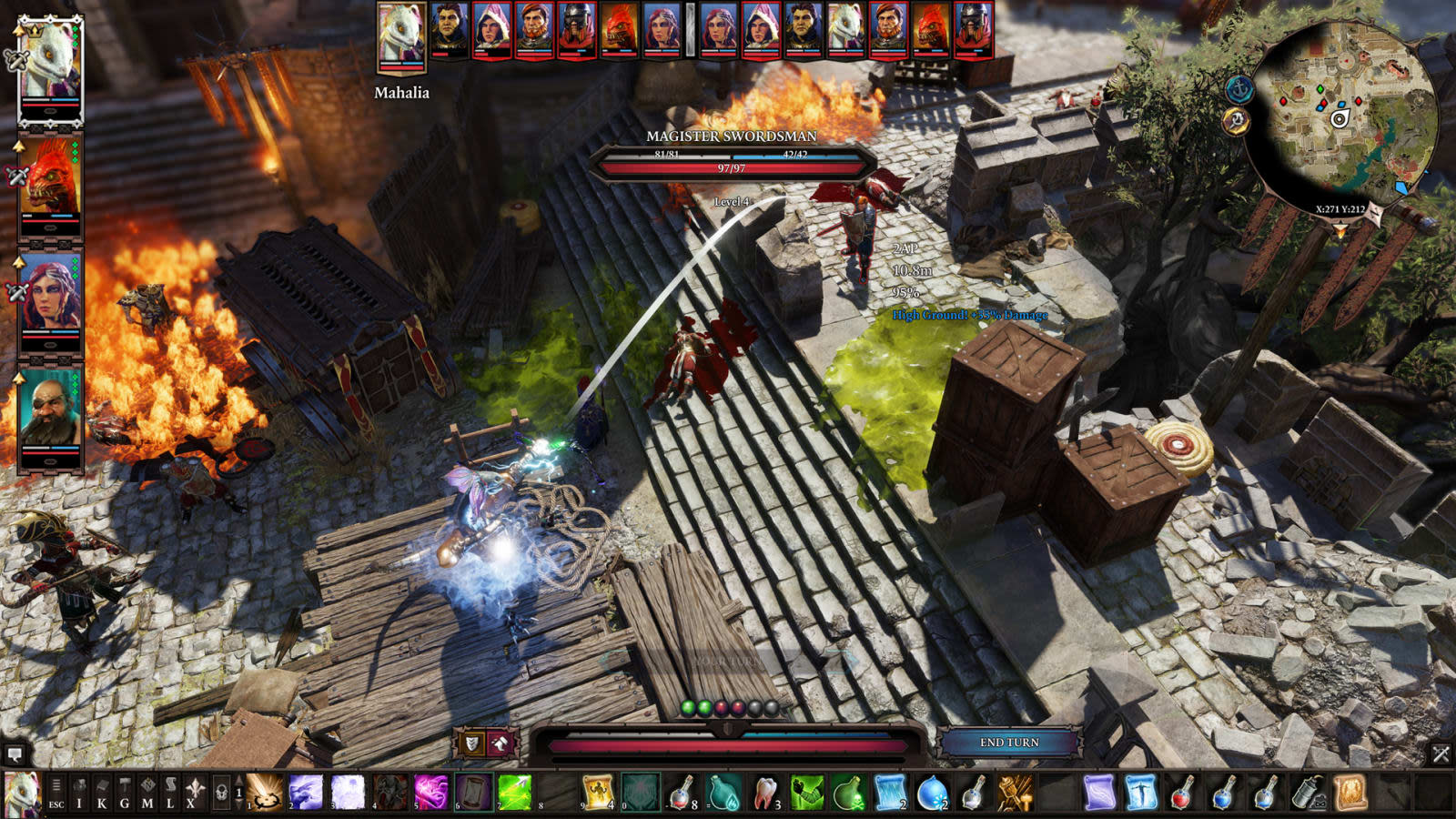 The sprawling fantasy RPG Divinity: Original Sin 2 - Definitive Edition is available on Nintendo Switch today, complete with cross-save capabilities with the Steam version. This means players are able to download their existing Steam save files and continue playing on Switch, and vice versa. The Switch version was a surprise announcement during today's Nintendo Direct.

Divinity: Original Sin 2 sets players loose in a classic fantasy realm. It's a gigantic open world, allowing players to party up, craft items, strategize in battle, and even take on competitive multiplayer modes as they wish. Access to all of this costs $50 on the Switch.

The first version of Divinity: Original Sin 2 hit Kickstarter in 2015 and handily surpassed its $500,000 goal. The finished game landed on PC in 2017, and came to consoles a year later.

The Switch version is launching alongside the game's second Gift Bag DLC, a heaping helping of free content for all platforms. This round is called Sound of Nature, and it includes new crafting recipes, game mechanics and abilities.

In this article: av, divinity original sin 2, gaming, nintendo, nintendo direct, nintendodirect, nintendodirectsept2019, switch
All products recommended by Engadget are selected by our editorial team, independent of our parent company. Some of our stories include affiliate links. If you buy something through one of these links, we may earn an affiliate commission.