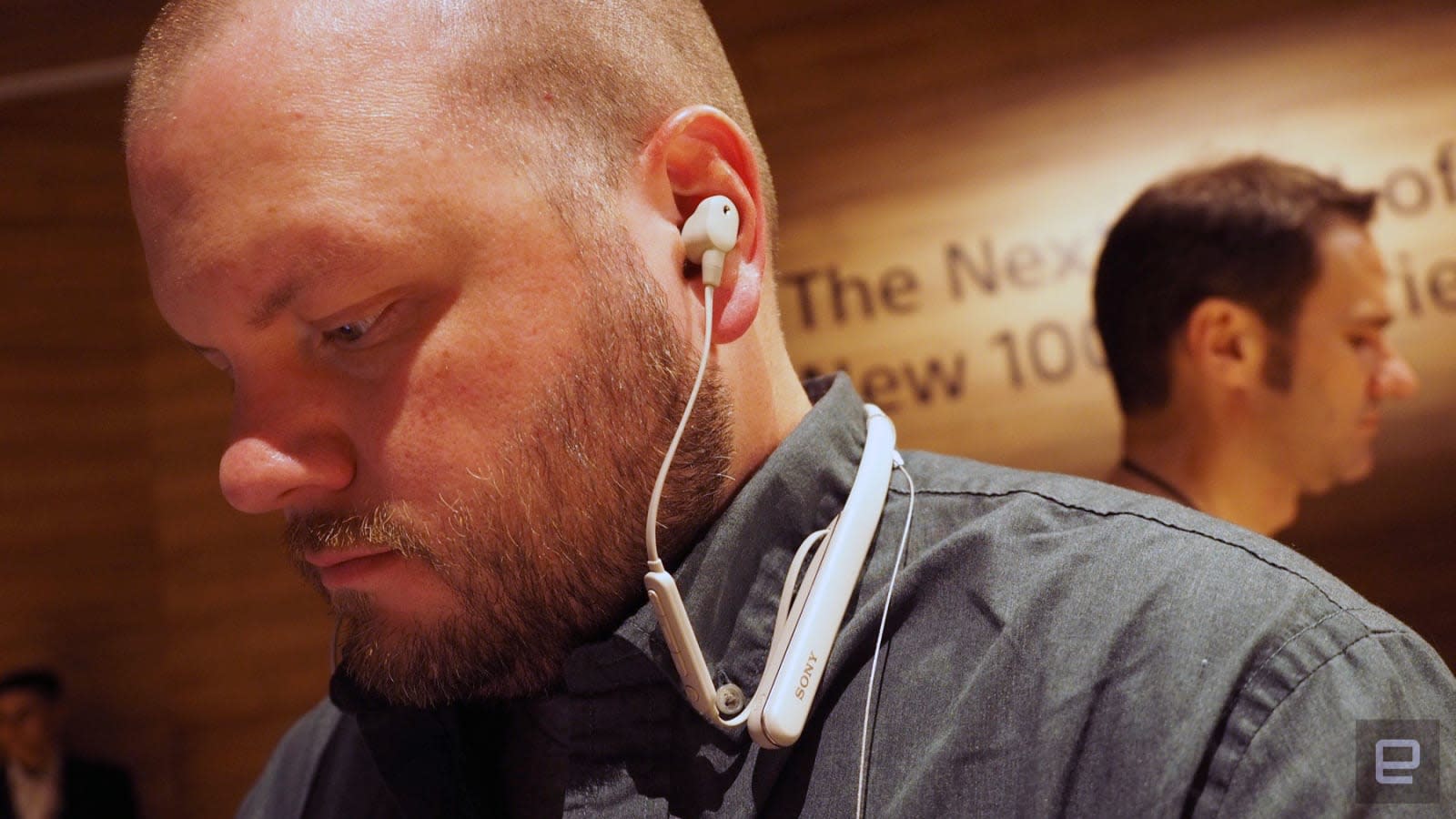 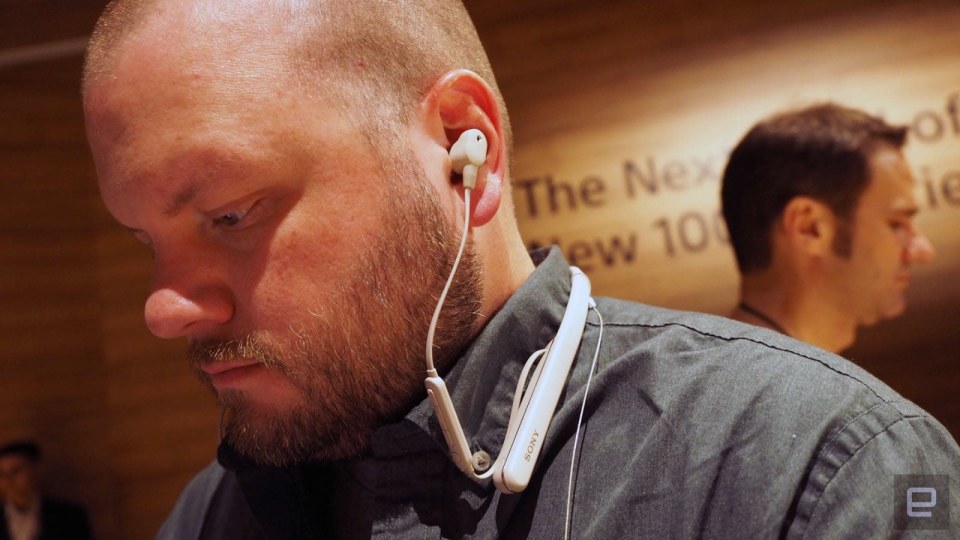 The WI-1000XM2 packs the same QN1 chip from the WH-1000XM3. Sony says it not only does a better job blocking out sounds around you, but the component uses less power for noise cancellation. Indeed, I had the chance to put that to the test at Sony's busy IFA booth. I can assure you active noise cancellation is a big improvement for earbuds, even if it seems like overkill. I easily blocked out the ambient roar and could hear crisp, clear audio through the WI-1000XM2. It's important to note that the WF-1000XM3, the true wireless model, has a similar chip with the QN1e. 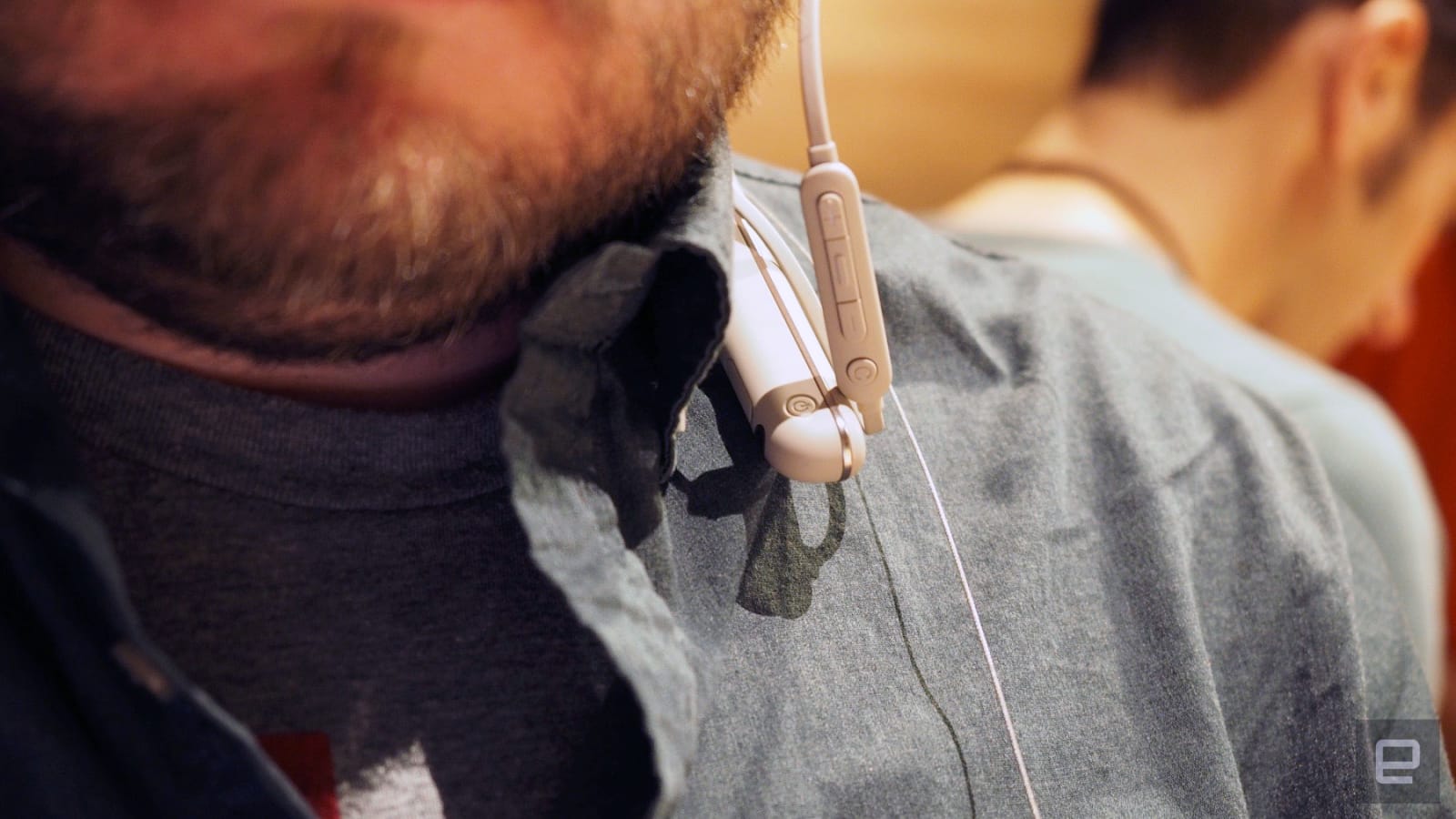 Sony has refined the design a bit, but on the whole, the WI-1000XM2 looks much like its predecessor. This new model does have an in-line remote similar to wired earbuds, and it allows you to easily do things like adjust volume and pause what you're listening to. The buds themselves are also slightly different and there's a hybrid driver system inside for "deep bass and clear mids." Battery life is the same at 10 hours, but a 10-minute quick-charge feature will give you up to 80 minutes of listening time.

I'm not a fan of the behind-the-head style of headphones/earbuds. It's just not comfortable to me, or a design that really fits my needs. But the improvements Sony has made on the WI-1000XM2, I can admit these things sound amazing. The audio has great clarity, and the bass is punchy without being overpowering. Through a range of genres during a short test drive, I was impressed by what these things offer -- even if they might not be for me. If you are a fan of earbuds like these, or you have the previous model, the WI-1000XM2 is certainly an upgrade. 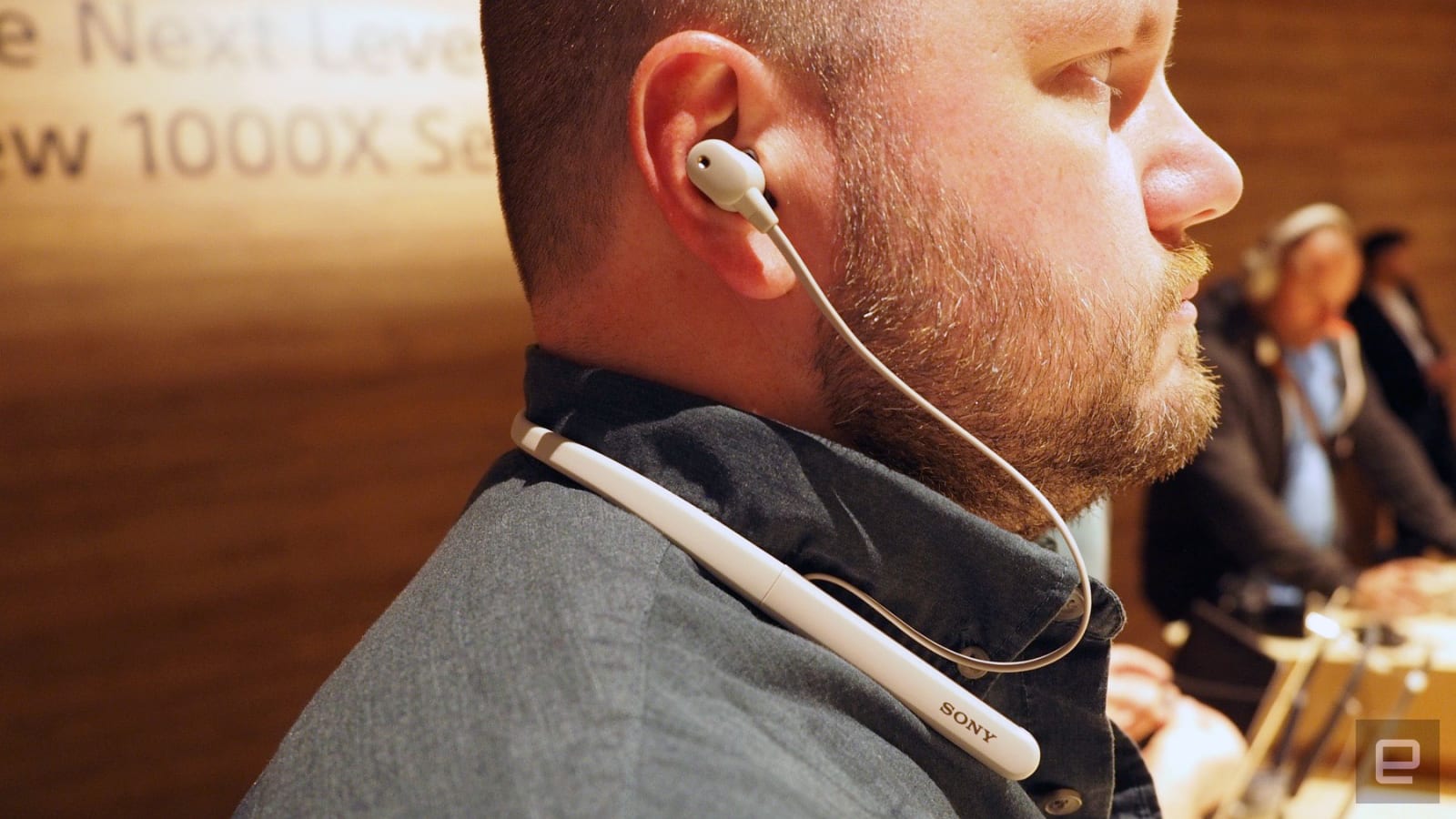 Update 9/6/19 4:40PM ET: This post has been updated with pricing and availability from Sony.

Update 9/9/19 9:40AM ET: This post has been updated to clarify pricing at launch was the same for both models.

In this article: audio, behind the head, earbuds, entertainment, gadgetry, gadgets, gear, hands-on, headphones, ifa2019, neckband, sony, wi-1000xm2, wireless
All products recommended by Engadget are selected by our editorial team, independent of our parent company. Some of our stories include affiliate links. If you buy something through one of these links, we may earn an affiliate commission.