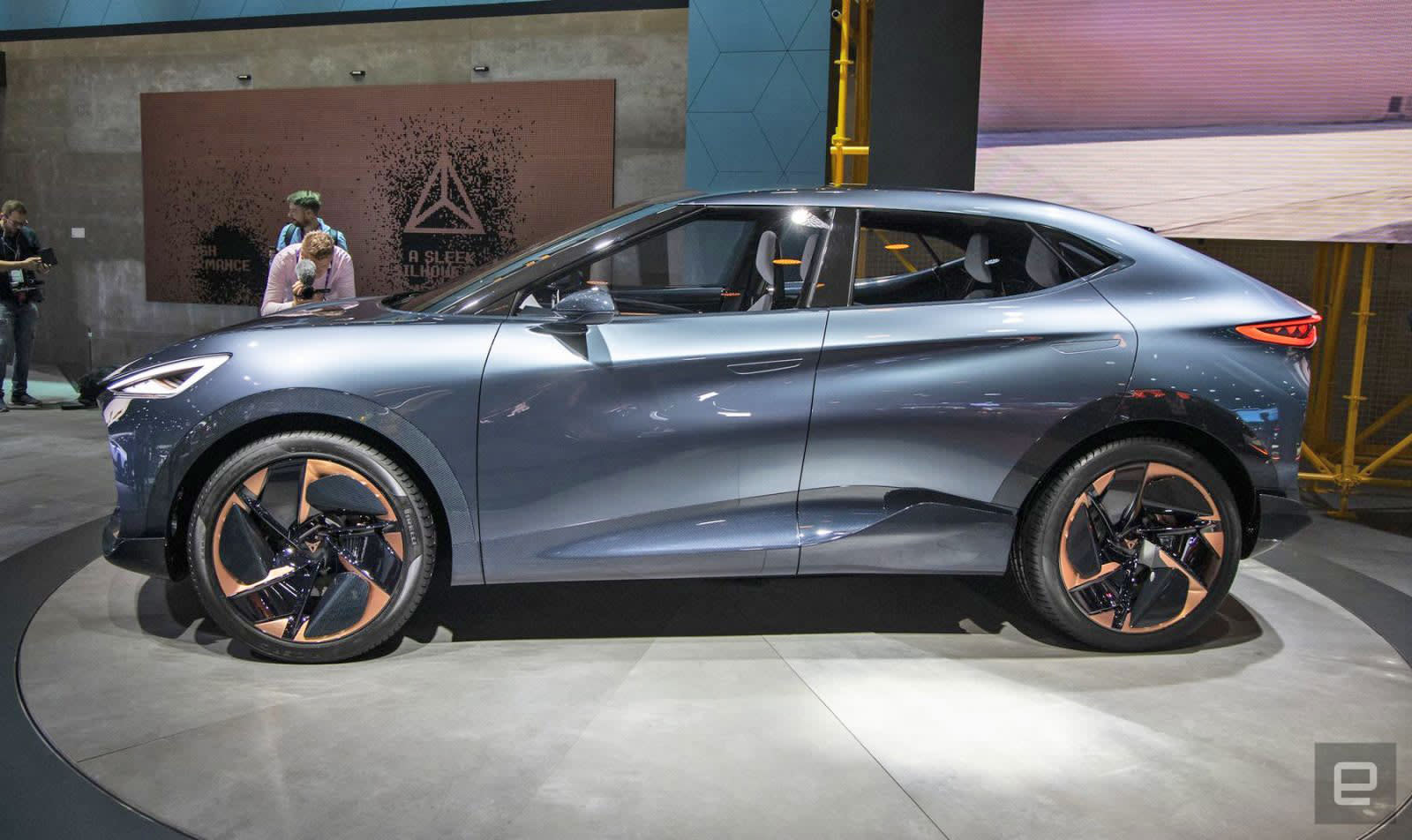 After Spanish automaker Seat (owned by VW) spun out the Cupra sport sub-brand last year, it seemed like we were going to see some interesting vehicles from it. That's certainly the case at the Frankfurt Motor Show, where Seat has unveiled the Cupra Tavascan EV concept. It's not only a striking look at the possible future of Seat's Cupra EVs, but it might eventually become a production vehicle itself.

Given other daring concepts that are going into production like Honda's E and the Byton M-Byte, the Tavascan EV is relatively tame (apart from that wild grill). Rather than dashboard-wide display like those two vehicles, the Cupra has a standard digital 12.3-inch display complemented by a 13-inch infotainment screen. Yes, with interior electronics advancing so quickly, it's hard even for a concept car to stand out these days. The seats and interior trim do look pretty futuristic, though. 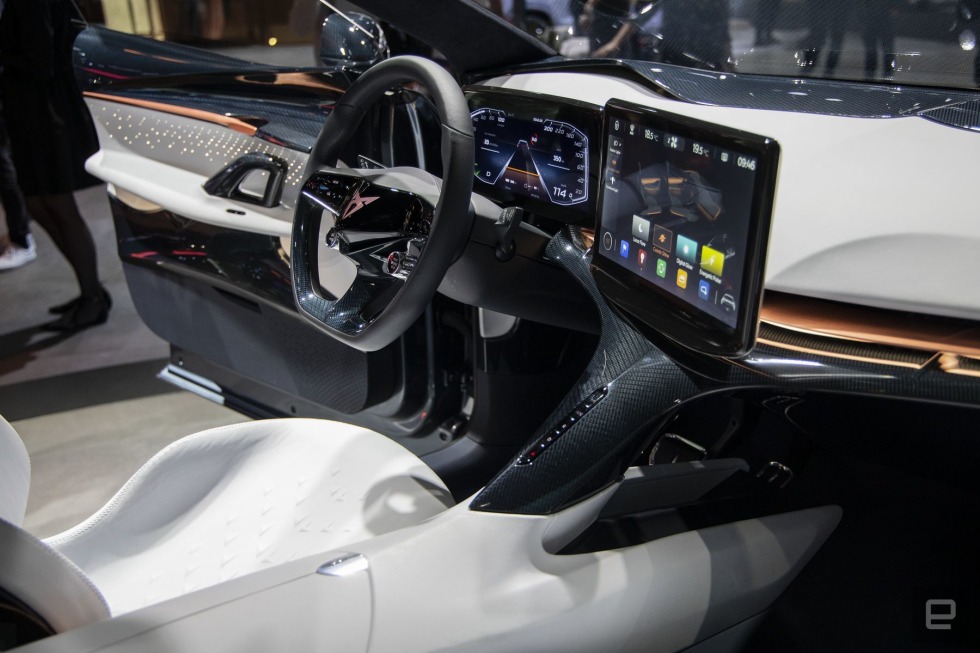 The Tavascan is more defined by its aggressive looks and performance. It'll ride on parent Volkswagen's MEB platform used by the numerous ID and Audi vehicles and pack a potent drivetrain. The twin motor, four-wheel drive system delivers 302 horsepower, accelerating the Tavascan from 0 to 62 mph in 6.5 seconods. With a 77 kWh battery, it'll go around 280 miles on a charge on the WLPT driving cycle (considerably less via EPA standards).

Following Honda, Byton and others, Seat plans to flip this concept into production more quickly than usual. The company told Auto Express that it already has a model code and that it has dropped development of two other vehicles (the Ibiza and Arona) to focus on the Tavascan. "If you have the chance to do a Cupra Ibiza or a Cupra Tavascan, which would you do?" Seat's Axel Andorff told Auto Express. "Even if this is hard for some people to hear, sometimes you have to say no."

In this article: concept, CupraTavascan, ElectricVehicle, EV, FrankfurtMotorShow2019, Seat, transportation
All products recommended by Engadget are selected by our editorial team, independent of our parent company. Some of our stories include affiliate links. If you buy something through one of these links, we may earn an affiliate commission.