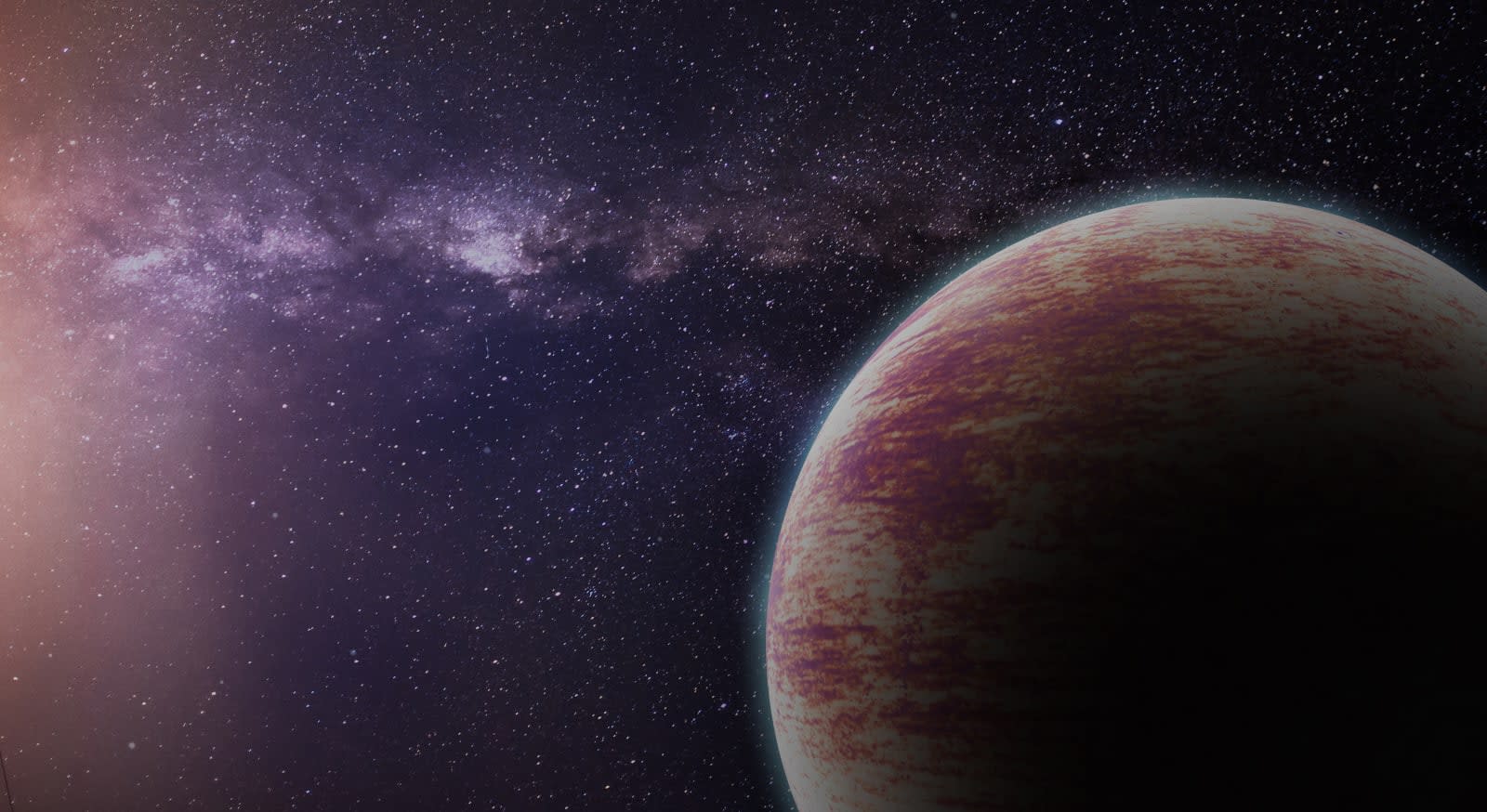 Water vapor is common in gas giants; Jupiter, Saturn, Uranus and Neptune all have H2O floating around in their atmospheres. But water on a rocky planet is exceedingly rare, making the discovery of water vapor -- and possibly even rain -- on the exoplanet K2-18 b a surprising breakthrough.

A team at the Institute for Research on Exoplanets at the Université de Montréal published their findings yesterday. Led by Björn Benneke, their work (which has yet to be peer reviewed) points to the possibility that K2-18 b is habitable thanks to the presence of water and hydrogen, as well as the exoplanet's location in the Goldilocks zone. The Goldilocks zone is a range relative to a star where the temperature is not too hot and not too cold to support life. But while the temperature range and presence of water are good signs, K2-18 b isn't necessarily habitable. The exoplanet isn't a gas giant, but it does have a thick, high-pressure atmosphere that likely envelops a large, rocky core. Due to the crushing pressure, humans wouldn't be able to walk on the planet's surface; it would be more of a Cloud City situation, with pods floating in the gaseous atmosphere.

K2-18 b is the least massive exoplanet to have water vapor detected in its atmosphere. The planet may even have rain clouds -- though the researchers weren't able to confirm that yet. As the water condenses into liquid, the drops would fall toward the core, then revert to gas as the atmospheric pressure increases. The gas would rise back up to the cloud layer and repeat the cycle.

Each passing decade has lead to a discovery that changes how we think about our universe: Dark energy was confirmed in the 2000s and the 2010s saw the first true confirmation of a black hole. The 2020s may be the decade when we find that the Earth, with its dry land and liquid oceans, isn't quite as unique as we currently believe.

In this article: astronomy, exoplanet, Hubble Space Telescope, K2-18 b, science, space, space exploration, tomorrow
All products recommended by Engadget are selected by our editorial team, independent of our parent company. Some of our stories include affiliate links. If you buy something through one of these links, we may earn an affiliate commission.