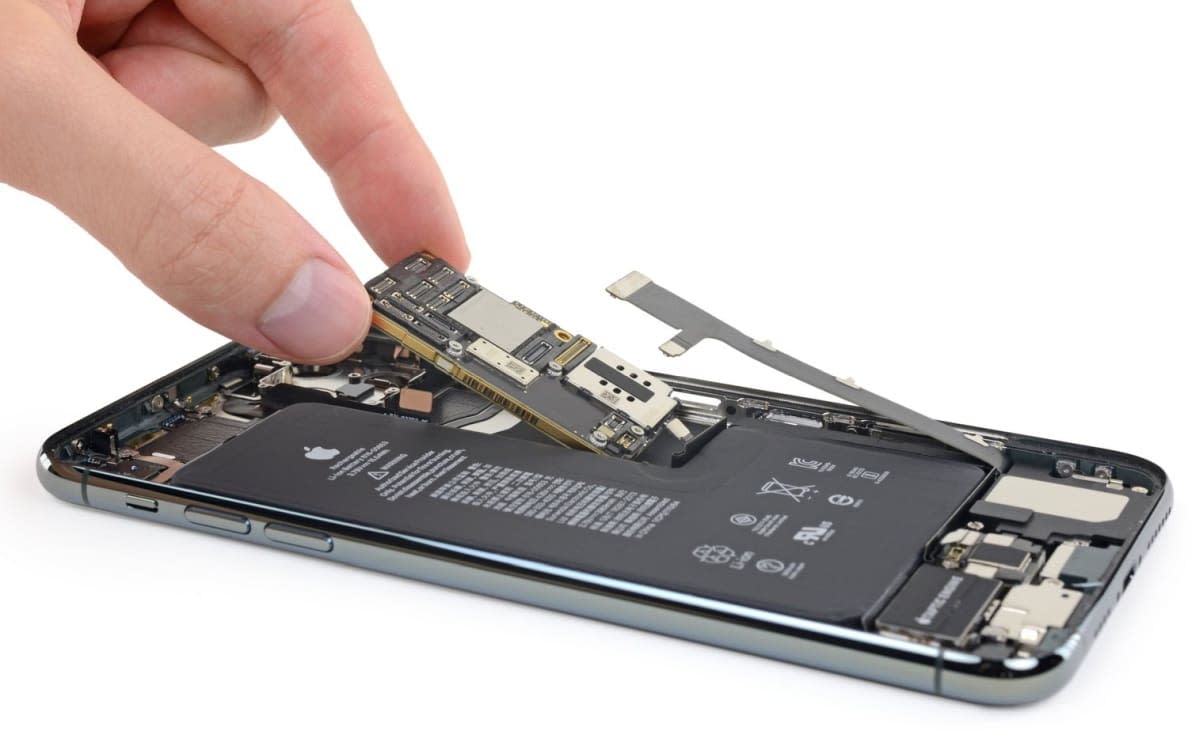 As usual, now that a new iPhone has hit the market, iFixit is pulling it apart an iPhone 11 Pro Max to show you what the insides look like. It's a common annual ritual, and in short order we should have confirmation of the usual things like RAM chips, modem manufacturers and battery capacity.

There's some additional intrigue this time around, as some have insisted that Apple was trying to enable Galaxy S10-ish bilateral charging on its latest phones, only to disable the feature late in the process. Apple unequivocally told us that is not true, but iFixit is taking a peek anyway.

Upon opening the device, they did find a second battery connector that's new, and didn't duplicate features of the "main" charging cable seen in previous phones. The phone still worked without the second cable plugged in, and could charge via Lightning but not wirelessly. It could be an unrelated revision to the iPhone 11's charging setup, or it could be something more -- we don't know for sure yet.

The teardown is still in process, and as usual iFixit is also keeping an eye on how easy it will be for the DIY-minded to perform repairs on their own. Stay tuned for more pictures and the final results.

Update: The teardown is over and the answers are still...at best inconclusive. iFixit did note, after pulling up the Max Pro's 3,969 mAh L-shaped battery, that Apple's support documents indicate new battery monitoring hardware, which could also be a reason for the second cable. The only thing we know for sure is that making that battery cell just a little thicker has a lot to do with the new phone's ability to work for even longer between charges.

In this article: apple, bilateral charging, gear, ifixit, iPhone 11, iPhone 11 Pro Max, mobile, teardown
All products recommended by Engadget are selected by our editorial team, independent of our parent company. Some of our stories include affiliate links. If you buy something through one of these links, we may earn an affiliate commission.