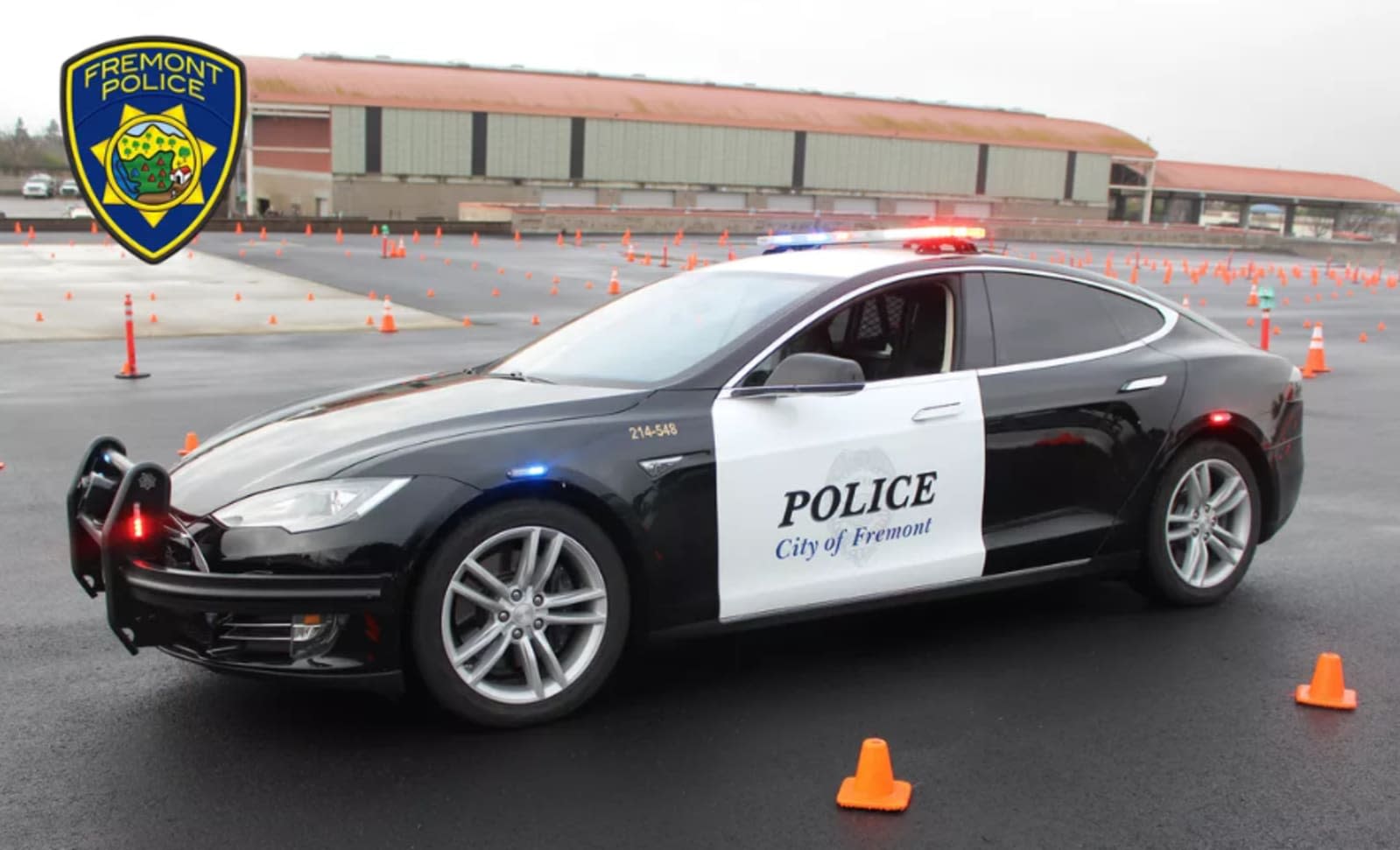 If you're a cop involved in a high-speed pursuit, the last thing you want to see on your dash is a notification that your car is about to run out of gas -- or in the case of one Fremont police officer, battery life. But that's what happened to Officer Jesse Hartman last week when his department's Tesla Model S patrol car warned him it had just six miles of battery left -- in the midst of a 120mph felony chase down the highway.

Radioing to fellow officers nearby, Hartman said "I am down to six miles of battery on the Tesla so I may lose it here in a sec," before asking his colleagues to manuever into position instead. As it happens, the chase was soon called off due to public safety concerns, and Hartman was left to find a charging station so he could make it back to the city.

According to Geneva Bosques, Fremont police department spokeswoman, the Tesla had not been recharged after the shift before Hartman's, so the battery level was lower than it would have normally been. Usually the Tesla has between 40 to 50 percent battery left at the end of a shift, with Fremont Police Captain Sean Washington noting in a previous interview that, "We are easily able to make it through an 11-hour shift with battery power to spare."

Fremont's police department became the first police agency in the nation to incorporate a Tesla into its patrol fleet, and has been monitoring how the vehicle performs as part of a pilot program, the findings of which are expected to be reported to the city council soon.

In the event, the Tesla's low battery had no bearing on the outcome of the chase -- the felony vehicle was found crashed into bushes not far from where the pursuit had been called off. However, the story does serve as an important reminder that any vehicle -- electric, combustion engine or otherwise -- is liable to run out of juice at the most inopportune moment.

In this article: battery, charging, chase, felony, gear, green, Model S, police, pursuit, security, Tesla, transportation, tomorrow
All products recommended by Engadget are selected by our editorial team, independent of our parent company. Some of our stories include affiliate links. If you buy something through one of these links, we may earn an affiliate commission.