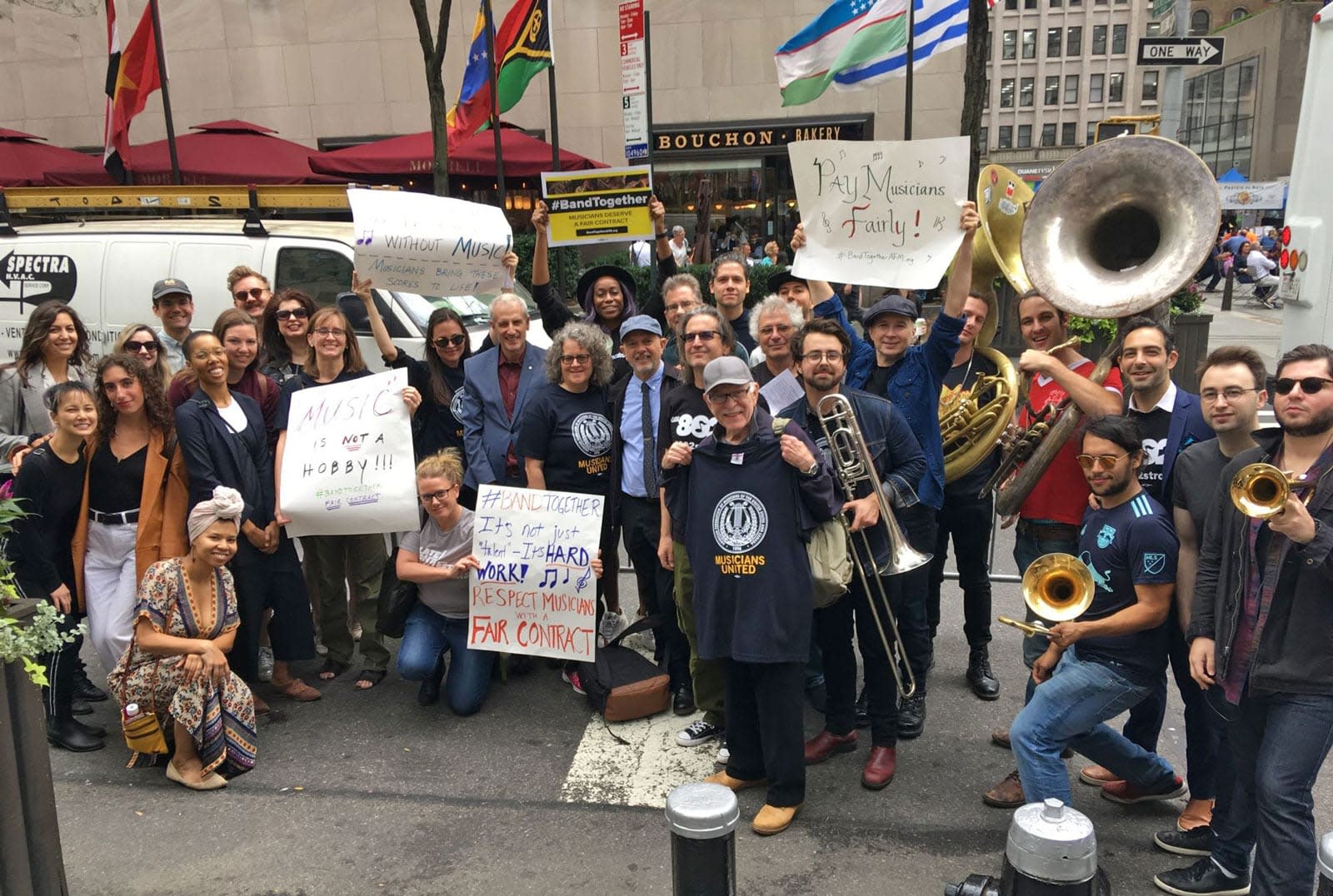 Groups of musicians who create the soundtracks for streaming shows like The Handmaid's Tale and The Marvelous Mrs. Maisel have come together in New York and Los Angeles to protest outside the office of the Alliance of Motion Picture and Television Producers and the headquarters of NBCUniversal. The musicians are calling on media companies for fairer payments in streaming productions.

When a musician plays music for a movie or TV show, they receive payments called residuals when that movie or show is moved to a "secondary market" such as being sold as a Blu-ray. However, musicians who have played soundtracks for streaming projects such as Netflix originals are not paid these fees. With streaming content becoming more and more popular, that means musicians are missing out on a significant chunk of income.

"In made-for-streaming productions, we get about 25 percent of what we get from traditional theatrical or TV film production," said Ray Hair, International President of the American Federation of Musicians, as reported by the #BandTogether campaign. "Why should we make 75 percent less, so everybody else in their big, rich companies can make more? They bully us into a regressive economic position, in an effort to ultimately eliminate our employment."

The situation is unique to musicians. Following successful campaigns, actors, singers, writers and other artists are paid residuals for their streaming work, but musicians are not.

The campaign enjoys support from politician Rep. Jerry Nadler (D-N.Y.) and film composer Hans Zimmer. They are calling on the Alliance of Motion Picture and Television Producers to address the issue of residuals as the musicians negotiate a new contract by November 14th.

In this article: art, entertainment, fair pay, musicians, streaming
All products recommended by Engadget are selected by our editorial team, independent of our parent company. Some of our stories include affiliate links. If you buy something through one of these links, we may earn an affiliate commission.