That had to be on the minds of Bugatti and Michelin engineers (and driver Andy Wallace), when together they pushed a modified Chiron to 304.77 miles an hour. As you would expect, driving a production car that fast involves more than just finding a straight path, strapping in and hoping for the best. Instead, it required adjustments to the car, the wheels and nerves of steel.

"Safety is a big part of Michelin's DNA," said the tire company's development engineer, Benjamin Vilpert. To that end, it wanted to make sure that the wheels were capable of over 300 miles per hour. Surprisingly, the wheels in the world record-setting Chiron were not made of some special concoction built specifically for this task. Instead, the tire make was the same as those found on the regular Bugatti Chiron.

Vilpert said that the concern was overheating due to centrifugal force. At those speeds, the tire could tear itself apart. Not to mention the amount of force being exerted on the traction of the tires was about seven tons. By comparison, the wheels on a Porsche 911 being pushed to about 185 miles per hour exerts about three tons.

Surprisingly, Michelin didn't go back to the lab and start anew. Instead, it used the exact same compounds found on the standard Chiron Pilot Cup 2 tires but reinforced the structure. The design did require a rethink and adjustment to handle all the forces of a vehicle traveling that quickly. Testing the new special edition rubber, though, required a trip to the company's aircraft testing facility in Charlotte, North Carolina -- the only place with the machinery that could truly test the tolerances of the tires.

Here, Michelin tested the tire at up to 317 miles per hour. Since the tire didn't rip itself to shreds in the testing machines, the company was confident it could go even faster. The limiting factor is that there's nowhere to test it on the road. The car would run out of fuel before it got to that speed and there's isn't a long enough straightaway. But there is one for 300 miles per hour -- Volkswagen's Ehra Lessein proving ground in Germany.

Driver Andy Wallace began racing cars professionally in 1979. He's won the 24 Hours of Le Mans, the 24 Hours of Daytona and dozens of other races. He drove the McClaren F1 to a record-setting 240 miles per hour in 1998. 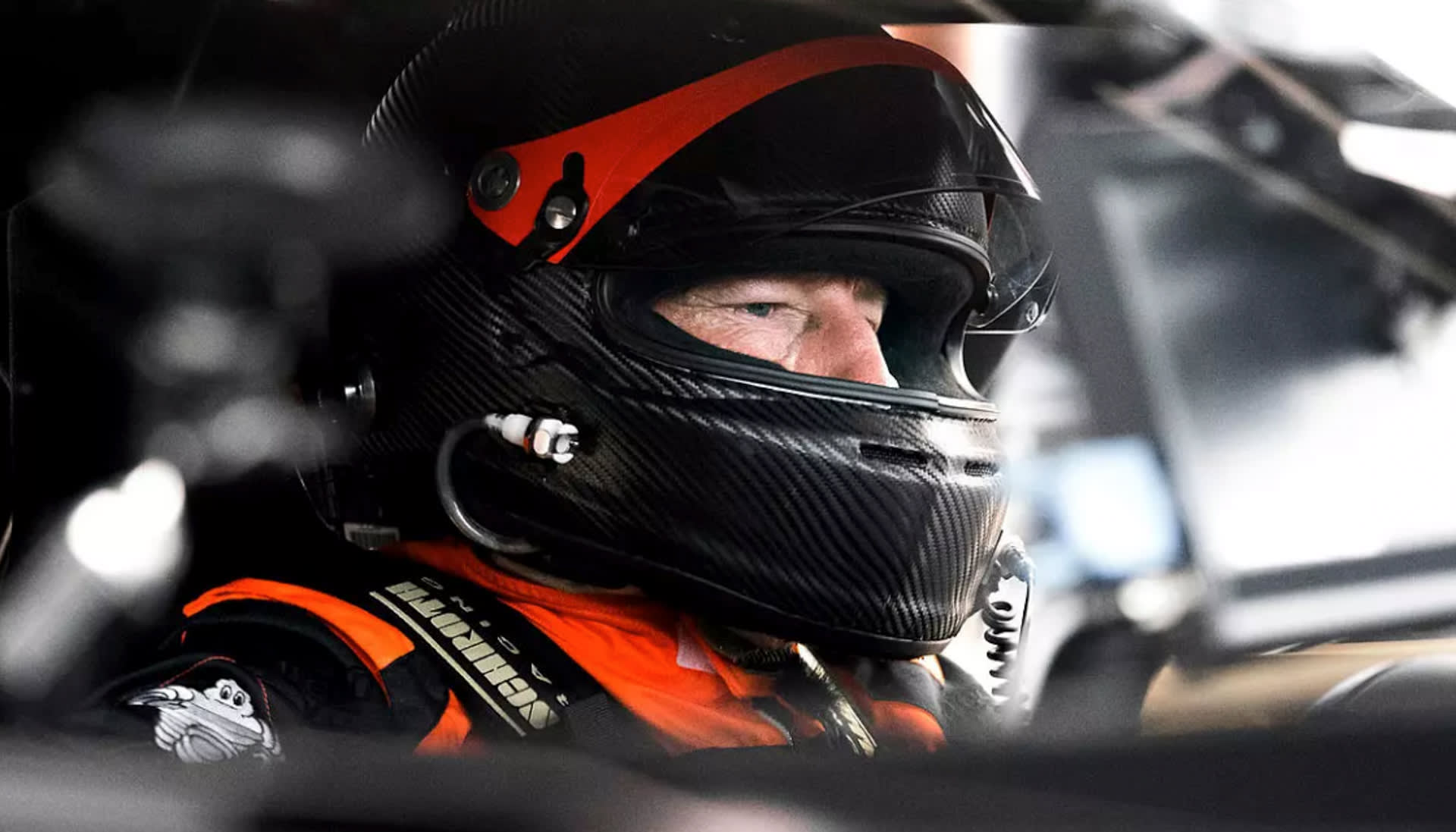 Wallace explained that Bugatti had to reduce the drag on the Chiron to eliminate downforce on the front and back. Also, the car had to be able to go fast without generating any lift. At those speeds, if the front of the vehicle starts to drift up, the car will leave the asphalt, resulting in a catastrophic crash.

What Wallace didn't anticipate, is that when you created a zero downforce-generating car, the air above and below it is generating two tons of force trying to rip the car apart. "So this massive force, you need to be absolutely sure that everything is designed not to pull apart, react or just to change shape. I mean, if it changed shape, particularly at the front, then it would change the characteristics immediately."

To achieve this perfect ratio, everything on the car had to be adjusted after each run and held in place. When the car is covering a kilometer every seven seconds, using active aerodynamic features isn't ideal.

As for driving that fast, Wallace notes that even the difference between 200 miles per hour and 220 is vastly different, even though it's only 10 percent faster. At 300 miles an hour, every micromovement matters. It's a huge cognitive load and Bugatti took every precaution.

Cleaning the track for the runs took five hours. Even a single rogue element on the road could spell disaster. But you can't control everything, for example, a bird could have flown into the path of the car. He did hit a bird once at 205 miles an hour in a different vehicle and it bounced off the windshield. But you never know.

In the video of the drive, you notice Wallace making tiny adjustments to the wheel. He was contending with a crosswind and at one point there's a bounce where the asphalt on the track changes. But he was also contending with the gyroscopic effects of the wheels. At this speed, the car reacts to adjustments by wanting to continue in the direction of the small turn. A slight turn to the left and the car will keep going that direction.

Wallace would counter with a slight turn in the opposite direction and the gyroscopic effect would then lead the car that way. It's a non-stop battle to keep the car going straight. "It's the amount that it's moving off line, and almost how little control you have over it," Wallace said of driving the car.

To get ready for that, the team slowly worked its way up to that 304.77 miles per hour. Run after run after run they built up speed as Wallace climatized himself to the forces he would be contending with. As for the Chiron? It ended the run intact, but dirty and littered with the carcasses of bugs that got in the way of a world record.

Bugatti will be selling versions of the special edition of the Chiron. It'll have an electronically limited top speed of 273 miles per hour, so regular folks won't be able to hit that 300 miles per hour. But they will be able to go fast enough -- although its highly unlikely any of the owners will ever get the car up to that speed. But if they try, they might want to book some time at a track in Germany and spend five hours making sure it's clean.