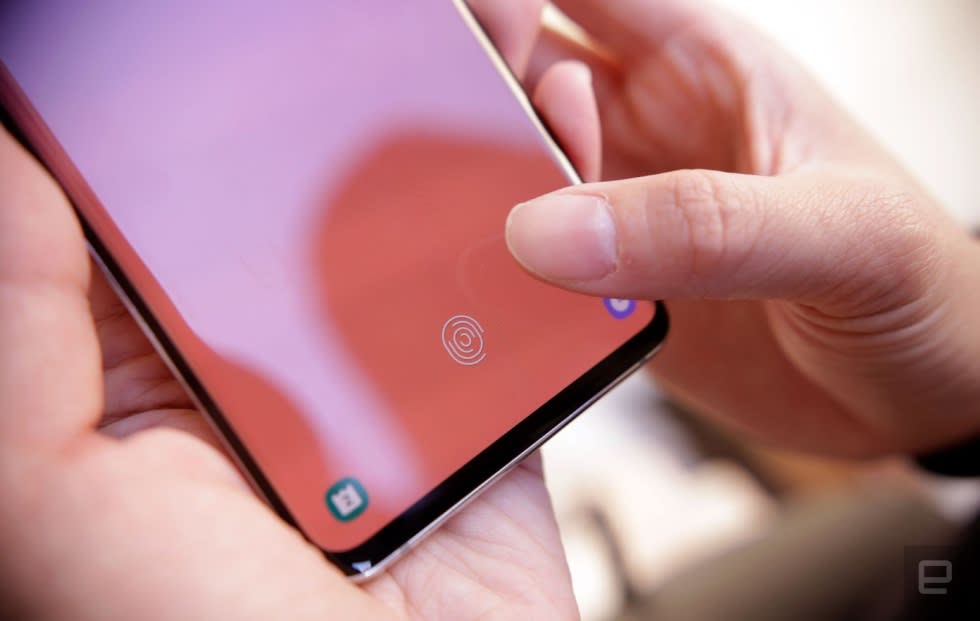 Earlier this week Samsung confirmed that an issue regarding screen protectors allowed some of its flagship devices to be bypassed with any fingerprint. Now, the company has said it will fix the problem in a patch which may come as soon as next week.

The issue affects Samsung's flagship phone, the Galaxy S10, as well as the Note 10. When certain third-party screen protectors are installed on the devices, they can be unlocked by non-registered users. It's thought that the silicone in the screen protector causes issues with the ultrasonic sensor which reads individual fingerprints, causing false positives that allow anyone to unlock the device.

This follows an earlier issue in which the fingerprint sensors in the same devices could be fooled by a 3D-printed fingerprint.

Samsung has now created a software fix for the issue. While it readies it, the company recommends that users remove any screen covers they have installed, delete all the fingerprints from their devices and re-register their fingerprints.

"Please refrain from applying a silicone screen protecting case to your device until a software update, which is planned to be released beginning next week, has been issued and applied," Samsung advised on its website. "Thank you for your patience and we will continue to strive to provide our customers with the best possible service."

In this article: fingerprint recognition, gear, patch, samsung, samsung galaxy s10, security
All products recommended by Engadget are selected by our editorial team, independent of our parent company. Some of our stories include affiliate links. If you buy something through one of these links, we may earn an affiliate commission.