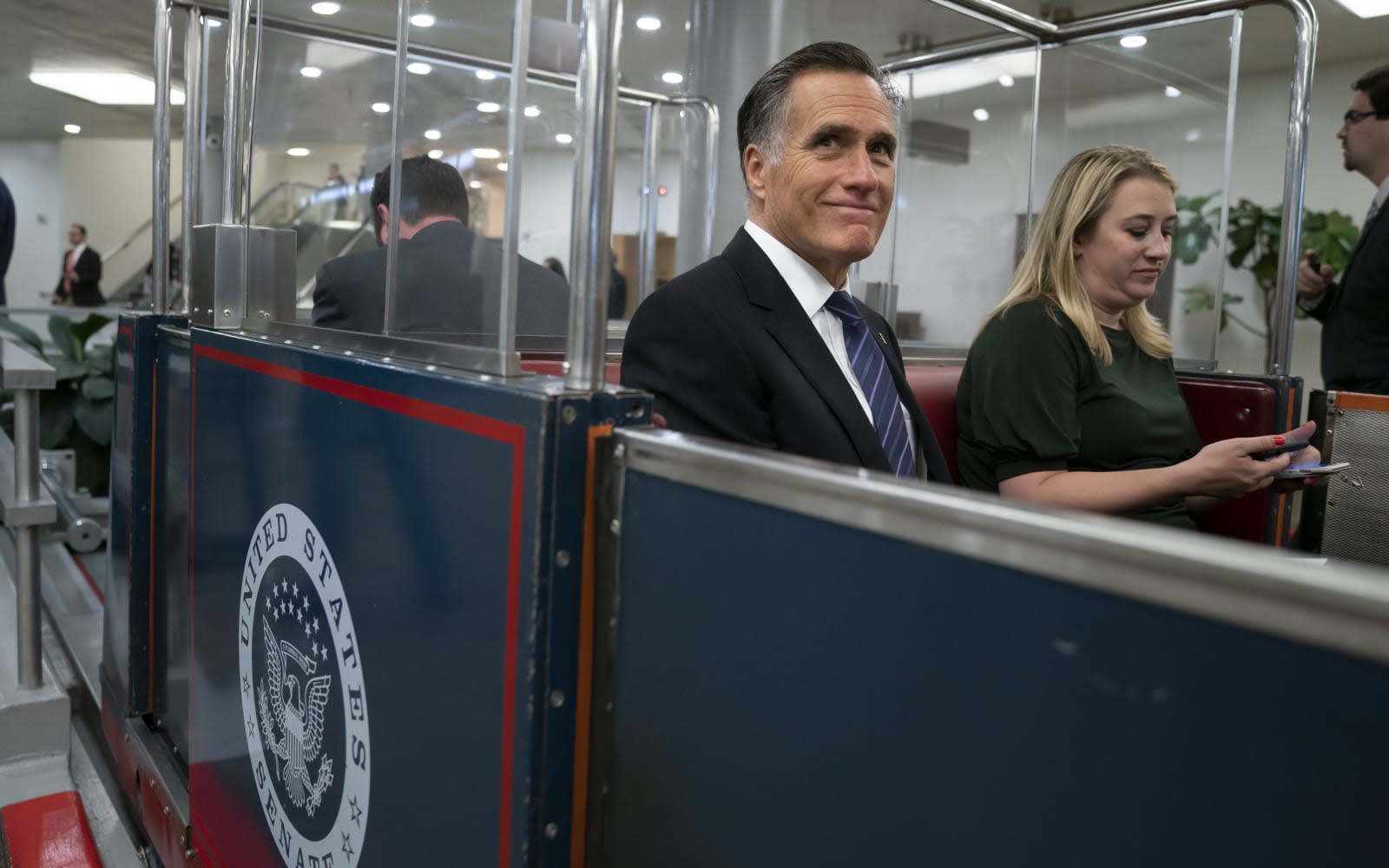 In an interview with The Atlantic, Sen. Mitt Romney (R-Utah) admitted to being a "lurker" on Twitter. He wouldn't share his Twitter handle, but it didn't take long for the internet to figure out Romney's alias, Pierre Delecto (@qaws9876).

Romney told The Atlantic that he used the account "to keep tabs on the political conversation." Pierre Delecto follows the kinds of accounts you'd imagine -- conservative analysts and lobbyists, moguls, reporters and a few fake and fan-run Romney accounts. Romney also follows his kids and grandkids (which is how Slate sleuthed out his Twitter identity), comedians like Conan O'Brien, Jimmy Kimmel and Jimmy Fallon, and NFL players Tom Brady and Brett Favre.

Notably, Romney does not follow President Trump because, like one of Romney's oversharing nieces, Trump posts "so much." 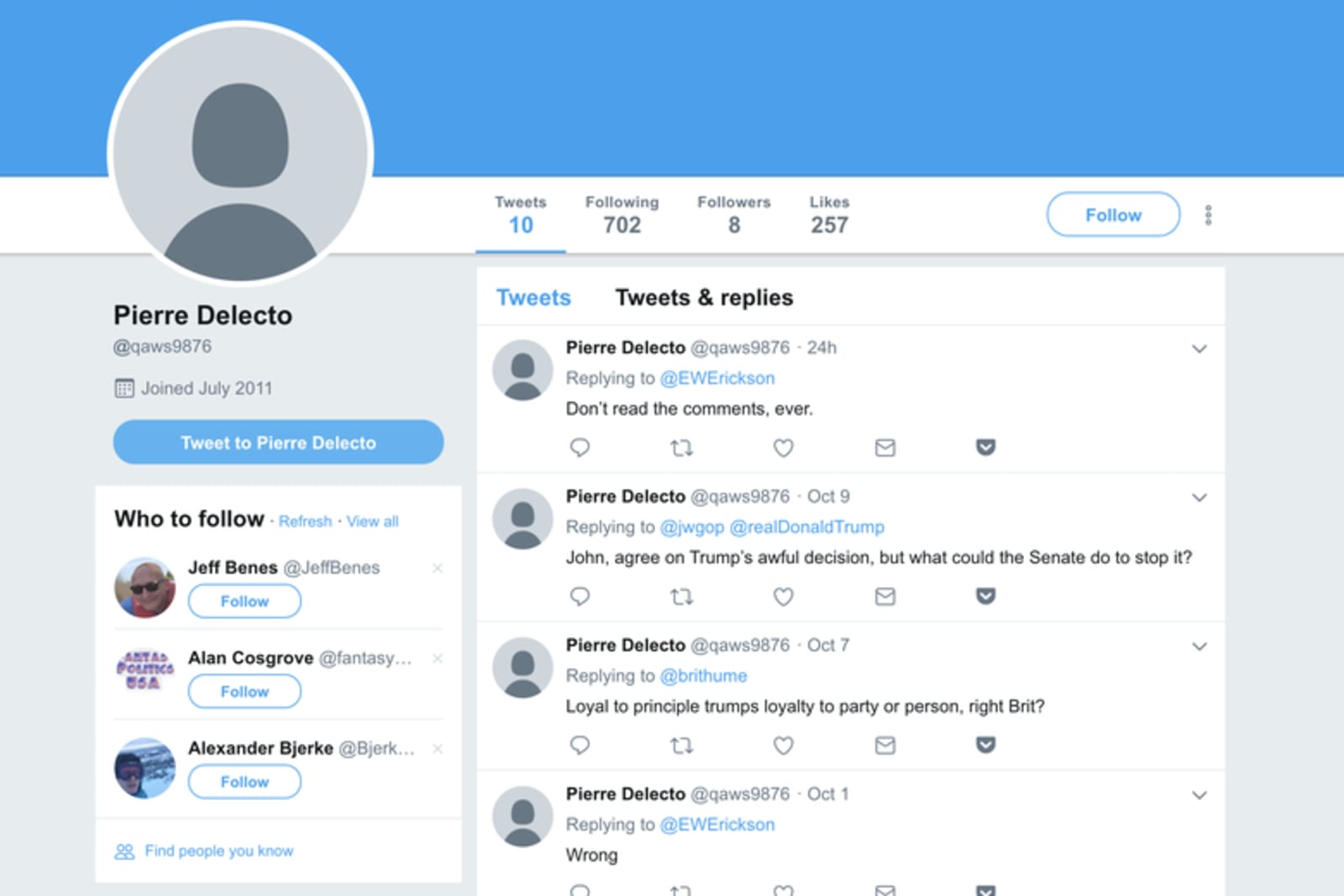 The account didn't reveal anything too interesting, and the Tweets are now hidden, but all we really need to know, we got from the name. It makes you wonder if Pierre Delecto is Romney's alter ego IRL, or if it was just the best he could come up with in 2011 when the account was created.

In this article: account, alias, burner, internet, Mitt Romney, pierre delecto, politics, secret, tomorrow, twitter
All products recommended by Engadget are selected by our editorial team, independent of our parent company. Some of our stories include affiliate links. If you buy something through one of these links, we may earn an affiliate commission.