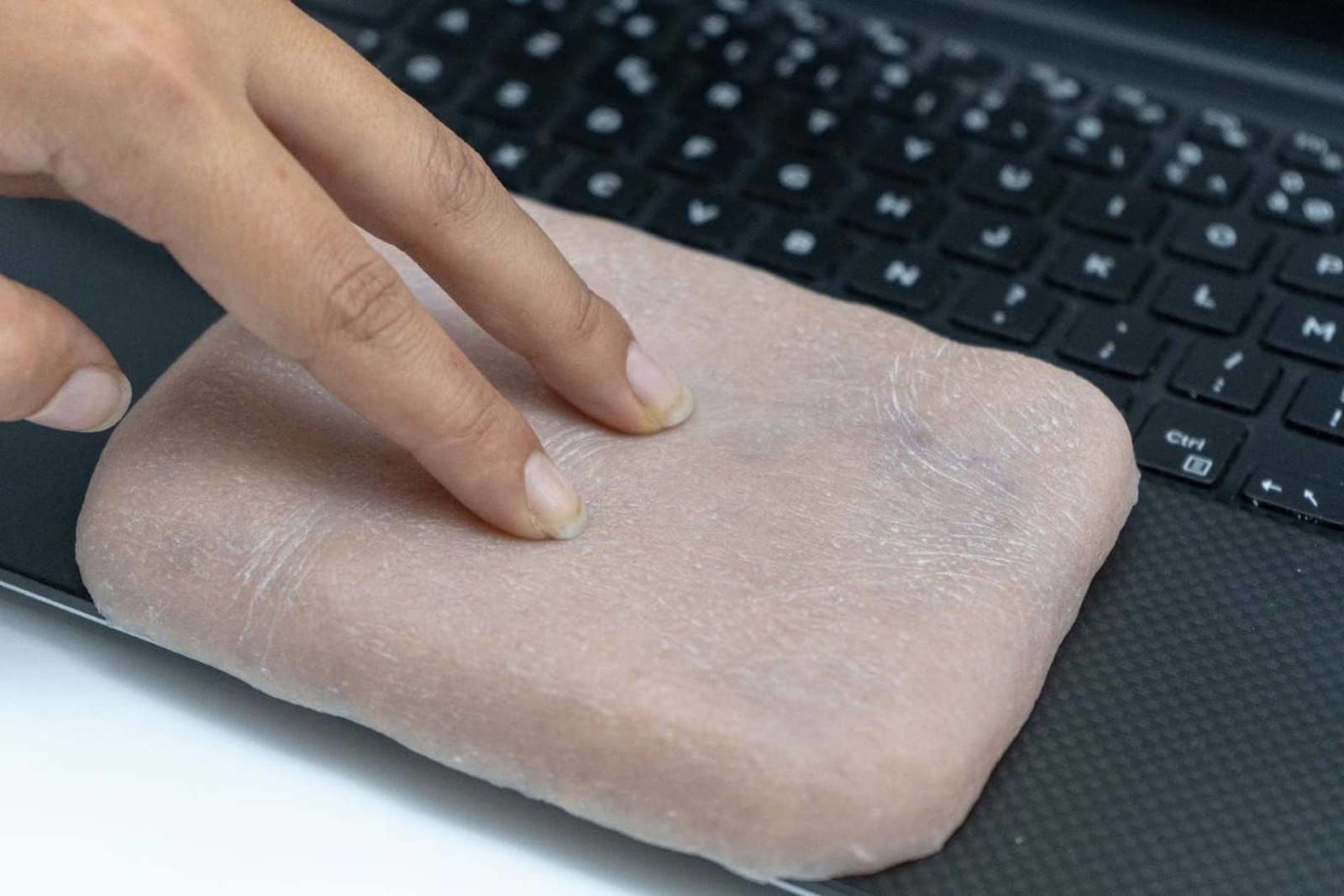 We're so reliant on our smartphones that it's probably fair to say they've become an extension of ourselves, so the fact that scientists have now developed an artificial "skin" for our devices -- that has the ability to make them ticklish -- is not a huge surprise. Horrifying, maybe, but it was only a matter of time.

Researchers in Bristol, UK and Paris, France have developed an artificial, skin-like membrane that mimics human skin not only in appearance, but in its sensing capabilities. Via a hypodermis layer, an electrode layer of conductive threads and a textured surface layer, the membrane is able to "feel" a variety of gestures and interactions, such as tickling, stroking and pinching.

The work explores the intersection between man and machine, the researchers say. "Artificial skin has been widely studied in the ﬁeld of robotics but with a focus on safety, sensing or cosmetic aims. This is the first research we are aware of that looks at exploiting realistic artiﬁcial skin as a new input method for augmenting devices," said Marc Teyssier, lead author of the study.

This means that the end user is able to use touch to express emotions through digital communication. Tickling the skin might display a laughing emoji, for example, while a strong grip could convey anger. And it's a technology that could become the norm pretty soon, as the researchers are inviting developers with an interest in the interface to get in touch.

Does the membrane need to be so realistic-looking, though? Could the skin not come in a charming color palette, or maybe in a classy brushed aluminum finish? Perhaps it will eventually, but right now the researchers are looking at embedding hair and temperature features in the membrane, so it won't be long before getting a new phone skin means... exactly that.

Source: Bristol University
In this article: artificial skin, design, devices, feel, gear, membrane, mobile, robots, sense, skin, Skin-On, tickling, tomorrow, touch, wearables
All products recommended by Engadget are selected by our editorial team, independent of our parent company. Some of our stories include affiliate links. If you buy something through one of these links, we may earn an affiliate commission.