It also has an updated hybrid optical EVF with a clearer view and faster refresh rate.

Fujifilm has officially unveiled the X-Pro3, the latest in its esoteric X-Pro lineup aimed at street photographers and photojournalists. Teased last month, it has a number of eccentric features, including a 3.5-inch, 1.65-million dot rear display that you can't even see without flipping down. Otherwise, it only shows the shutter speed, aperture and other basic information, or the film simulation if you're using one.

The idea is to free the photographer from distractions and help them "stay in the moment," as Fujifilm puts it. "With your mind and your eye always on the scene in front of you rather than the scene you've just shot, you can find a connection not just with your subject, but also with your art," the company wrote in a press release.

If that's not weird enough for you, another selling point is the upgraded optical/electronic hybrid display. In rangefinder mode, you're looking through an optical, rather than an electronic display. Because it's offset from the lens, your subject will always appear at the wrong size and angle. Once you get used to it though (and use the parallax aids), you can theoretically shoot more quickly. If you'd rather an electronic view, it transforms into a fast and clear 3.69-million dot, 200 Hz OLED EVF. 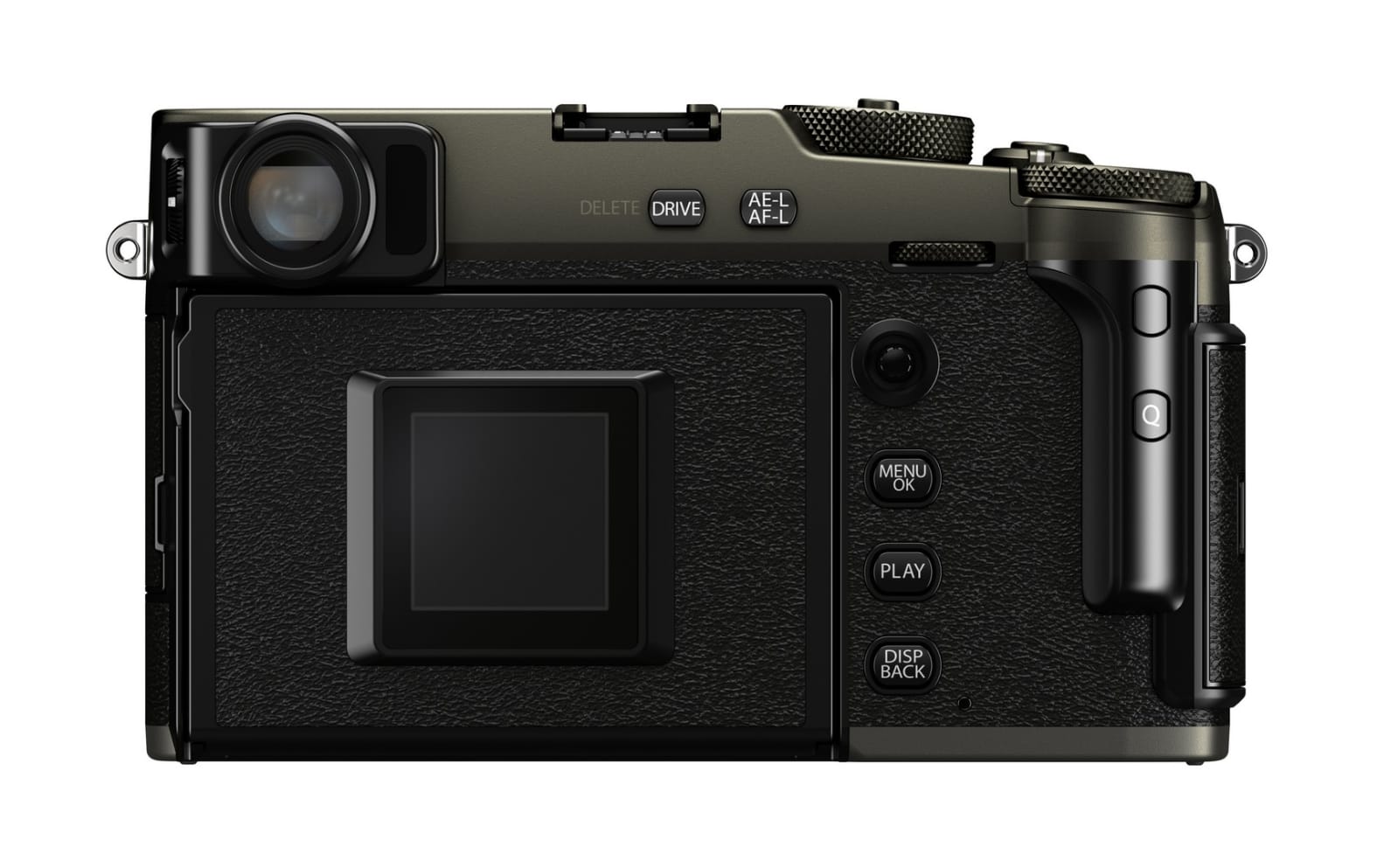 Otherwise, the X-Pro3 specs line up with recent Fujifilm models. Like the X-T3, it has a 26.1-megapixel X-Trans4 sensor and quad-core X-Processor 4 imaging engine. Fujifilm has yet to mention the total number of autofocus points, but it said that the AF will function in near pitch darkness at -6 EV, matching or even beating what Nikon's full-frame Z 6 can do. As with the X-T3 and other X-Trans4 models, it should shoot well in low light, with an ISO range of 160-12,800 or 80-51,200 (expanded).

While the X-Pro3 will give pro photographers maximum control, it's also using smartphone-like AI tricks to make things easier. The new HDR mode will automatically capture multiple shots and marry them in-camera "to produce an increased dynamic range in the image when compared to standard photo capabilities," the company told Engadget. At the same time, the feature works "without causing exaggerated amplification of color tones."

You get the usual array of (excellent) film simulations like Velvia, Eterna and Monochrome, but with the X-Pro3, Fujifilm has introduced two new ones: Classic Neg. and Monochromatic Color. The latter lets you choose a key color from a palette of warm/cool or magenta/green hues to give photos a personal touch. And if you really want to fine tune the look of photos, you can now adjust shadows and highlights on the tonal curve. 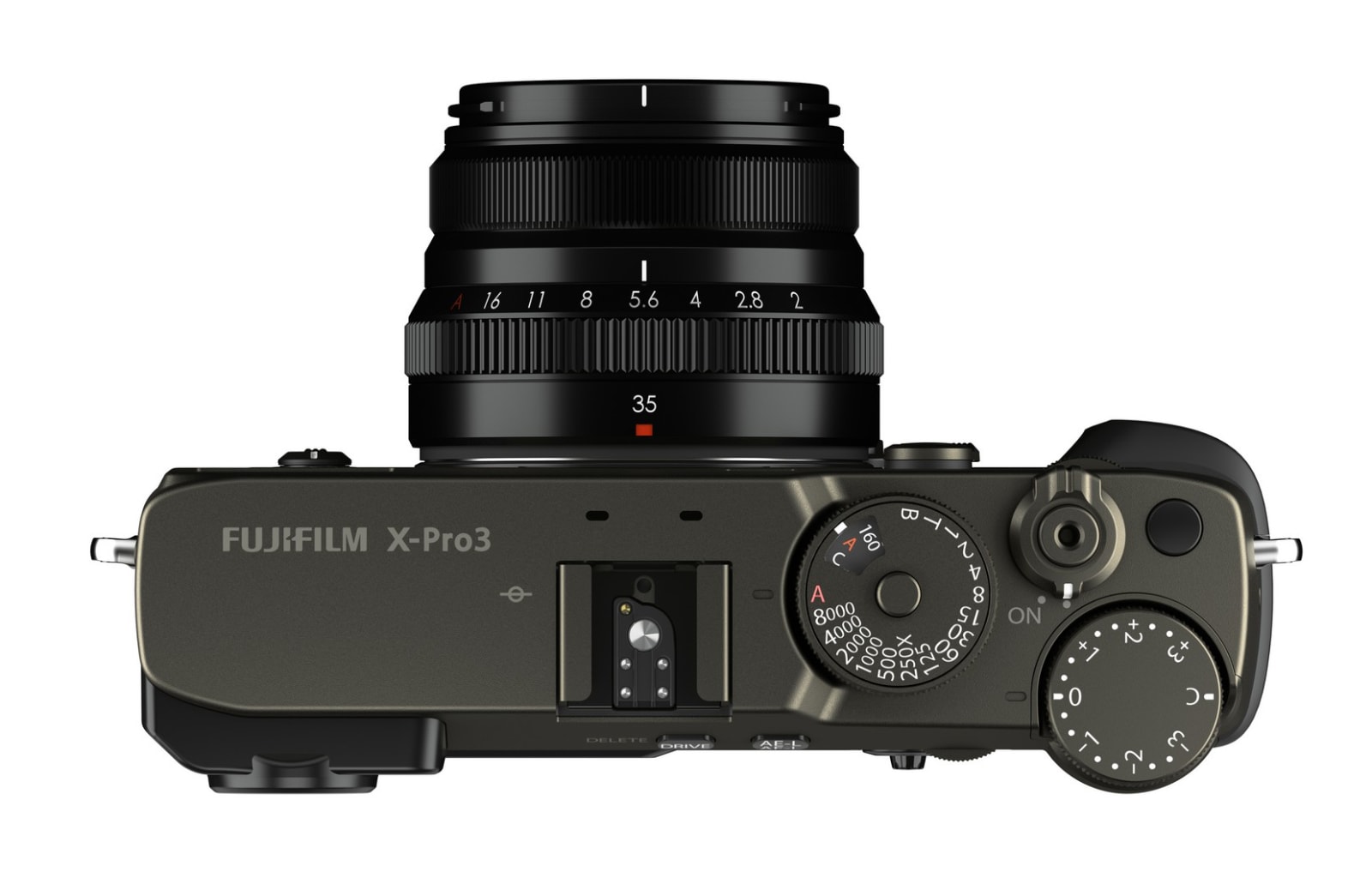 As a nod to its target professional users, the X-Pro3 is extensively weather-sealed, has titanium top/bottom plates and uses "cold plasma" tech for a scratch-resistant finish on the "Dura" models. That makes it "one of the most durable camera bodies in Fujifilm camera history," the company said. Other features include a single SDXC UHS II memory slot and USB-C 3.1 Gen1 slot.

This is not a camera for everyone, but it's a strong draw for serious photographers with specific needs. The Fujifilm X-Pro3 will go on sale in late Fall 2019 for $1,800 in black, or $2,000 in Dura Black or Dura Silver.