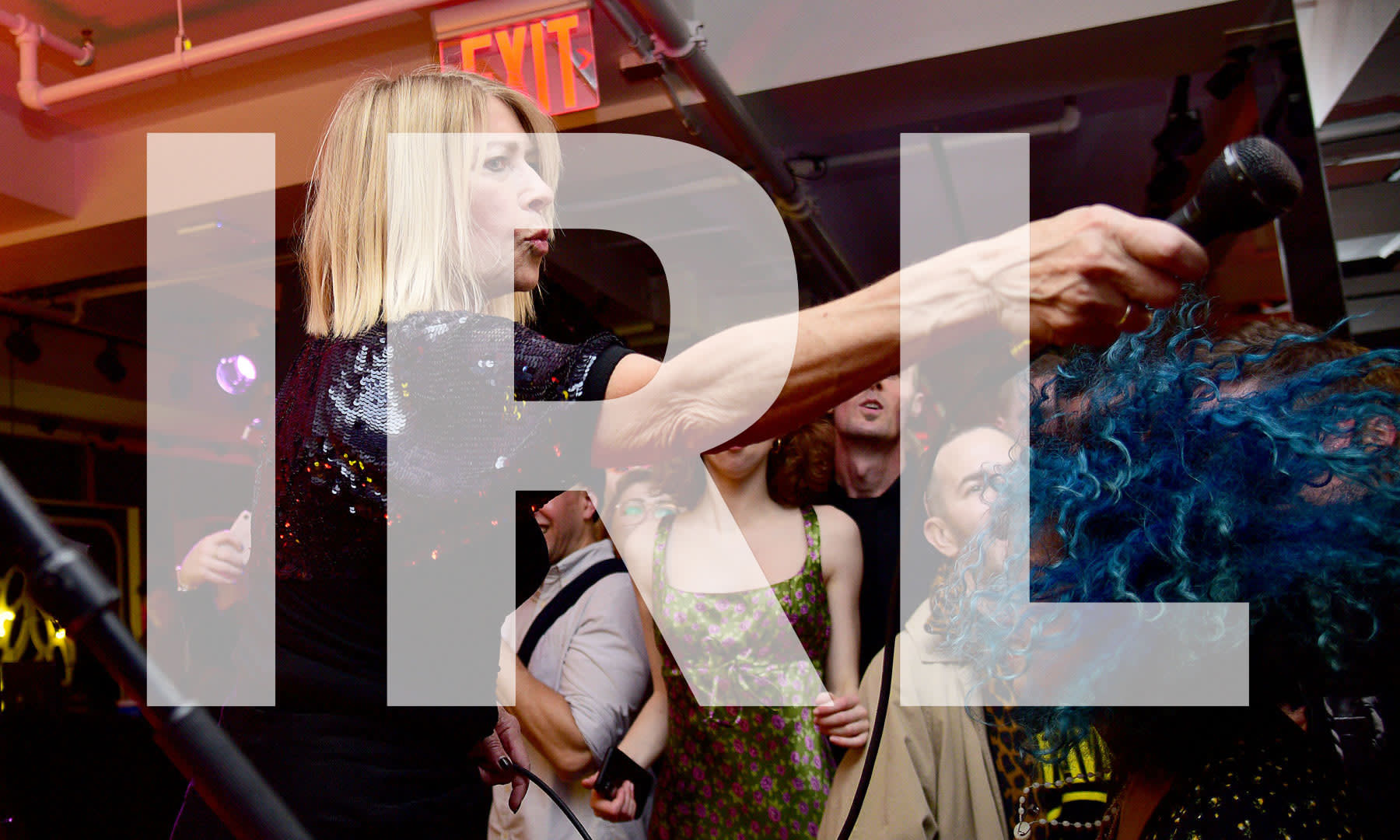 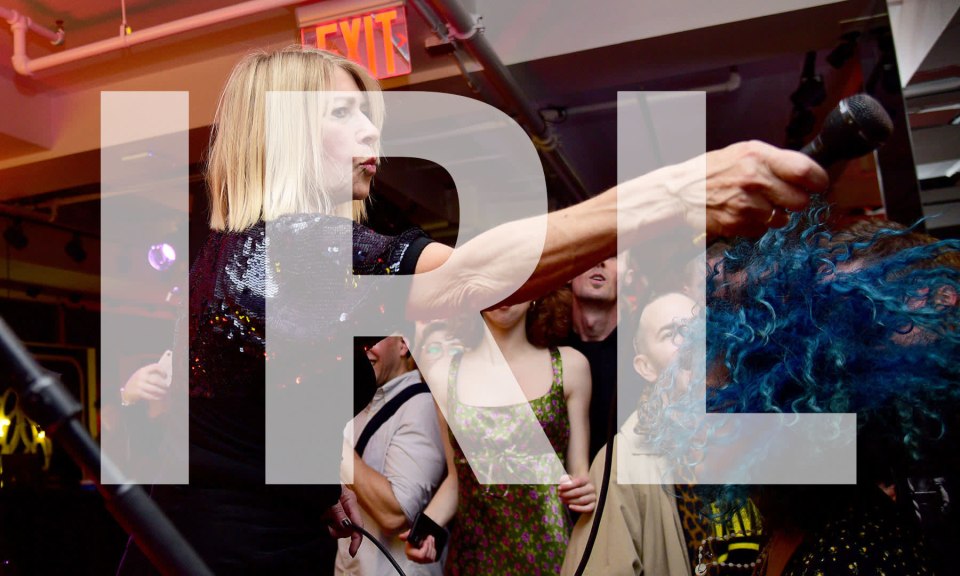 In this installment of our audio IRL, managing editor Terrence O'Brien reminisces about Sonic Youth while taking in Kim Gordon's first solo album. Contributing writer Marc DeAngelis explains why Cave In's latest album is much more than a tribute to a member who died last year.

It's been eight years since Sonic Youth broke up and, along with it, one of indie rock's most iconic marriages. Founding members Kim Gordon and Thurston Moore spent not only 30 years in a band together but 27 years as husband and wife.

Since 2011, the former members seem to have been wandering in the wilderness. They've kept busy with various collaborations, side projects and solo albums. But, most haven't come anywhere close to recapturing the magic of the avant punk band that they shared for three decades. The exception to that rule is Kim Gordon's first solo album (after 38 years as a musician): No Home Record.

The first single, "Murdered Out," was actually released way back in 2016. It was a brash statement of intent. It immediately told the world that Gordon was ready to shake off her past and come in to her own in a post-Sonic Youth world. But she kept us waiting. It wasn't until this month that a full album arrived and she finally delivered on that promise.

No Home Record is dark and abrasive. Not that Sonic Youth couldn't be those things ('cause, oh man, could it), but not in the same way. Where as an album like Bad Moon Rising has an unsettling and at times foreboding sound, Kim's solo record is more angry and claustrophobic. It's a record that feels like it's about to cave in on itself at all times. It's also much more modern and experimental feeling than anything Sonic Youth released in its last decade as a band. As great as these records are, Rather Ripped and Murray Street lack the edge and sense of danger that earlier Sonic Youth albums had. And at times they seemed to dabble in classic rock vibes.

On No Home Record, Kim Gordon manages to recapture what made early Sonic Youth albums so enthralling. To get her edge back, she partnered with producer Justin Raisen, who has worked with the likes of Yves Tumor, Sky Ferreira and Charli XCX. Together they created an album that careens from the Death Grips-esque electronic hailstorm of opener "Sketch Artist," to the noise punk rager "Hungry Baby," to the meditative industrial drone of "Get Yr Life Back."

And it's not as if there's no hint of her musical past on display here. "Air BnB" wouldn't sound out of place on Goo and Gordon's voice is unmistakable. Her borderline monotone can be detached, seductive and threatening all at the same time. And she has the confidence to convincingly deliver seemingly stream-of-consciousness lines that would make a lesser artist seem absurd.

No Home Record is greater than the sum of its parts. While there are certainly standout tracks (like the previously mentioned "Sketch Artist" and "Murdered Out", not to mention the borderline trap of "Paprika Pony") it's the way the whole thing comes together that makes it so impressive. The marriage of electronic and organic instruments, the bending of genres and the drastic stylistic shifts all somehow emulsify into a singular artistic vision.

Sonic Youth, one of the most important bands in my life, is gone. And most likely never coming back. (The split between Gordon and Moore was hardly amicable.) But at least one of its members is once again making art that matters. March 28th, 2018, was a shitty day. The name Caleb Scofield was trending on Twitter. My heart sank as I thought to myself, "Why would Caleb's name be trending instead of the name of his band?" I clicked on the link. Caleb, the bassist and vocalist of post-hardcore group Cave In, hit a toll booth barrier on his way home. His truck exploded, and at just 39 years old, the husband and father of two was gone.

Cave In may not be underrated per se, but the band is certainly underappreciated. The Boston-based band's odd mix of metalcore technicality, post-hardcore melody and space rock psychadelia created a musical buffet that countless other bands have picked at for the past 20 years. There aren't many bands as eclectic or varied as Cave In, either. Just as the group gained a reputation as a metalcore paragon, they switched it up. Its proggy, alt rock album Jupiter features textural, effects-laden guitar lines, sing-along vocals and occasional flashbacks to the band's heavy roots. Since then, Cave In's output has ebbed and flowed along a continuum from catchy acid rock to wall-of-sound absurdity.

Caleb's death was a shock to the independent music scene and delivered a huge blow to Boston's thriving hardcore community. But Caleb had left behind rough, sparse demos he recorded for an upcoming Cave In release. The remaining members of the band -- Adam McGrath, JR Conners and Stephen Brodsky -- cleaned up the audio quality of Caleb's recordings and wrote songs around those pieces. The resulting album, Final Transmission, came out in June and served as a posthumous release for Scofield. And given the album's roughly produced starting point, it's a far better work than one might expect.

Final Transmission starts off with a soft, simple acoustic song with Scofield mumbling a melody. The album then kicks into one of Cave In's many signature styles -- a mid-paced, low tuned, stoner anthem. Booming baritone guitar grooves, jangly malfunctioning spaceship effects and buzzing bass form a sonic death wall that will get your head nodding along. With "Nightcrawler," the band transitions to their harder, driving sound reminiscent of 2005's Perfect Pitch Black. The harsh, tide-like sweeps of static in "Lunar Day" harken back to 2011's White Silence. "Winter Window" is hands down the standout track -- eerie harmonized lead guitars and falsetto vocals accentuate a devastating groove. Final Transmission is a microcosmic encapsulation of Cave In, squeezing the band's ability to smoothly transition from one distinct style to another into a 30-minute rollercoaster ride.

While Final Transmission certainly pays tribute to Caleb, the album isn't simply an homage to Scofield -- it stands as a fully developed Cave In album on its own, which is a major feat. (The lyrics of "Shake My Blood" seem particularly relevant to the experience of losing a close friend.) Most fans listen to Cave In for the band's uniqueness, technicality and pure fun factor. But Final Transmission is different; it's an emotional experience, especially for those who grew up listening to the band and seeing them live.

Speaking of live performances, Cave In just wrapped up its US tour supporting the album. The band was welcomed home to Boston with three sold-out shows. Nate Newton of Converge is playing Caleb's bass parts. Given Cave In's close relationship with Converge and given Nate was bandmates with Caleb in metal band Old Man Gloom, it's truly the perfect fit. Nate played Caleb's bass on stage to make sure that part of him was present in every Cave In performance. At the end of each show, he held out the white Fender Precision Bass for the audience to strum as a farewell.

If you're a fan of Converge, Piebald or Mutoid Man, you're probably already well-acquainted with Cave In. If not, consider starting with the more accessible Jupiter and then check out what, for me, is the best album of the year.

In this article: audio, audioirl, av, Cave In, entertainment, irl, Kim Gordon, music, newirl, thebuyersguide
All products recommended by Engadget are selected by our editorial team, independent of our parent company. Some of our stories include affiliate links. If you buy something through one of these links, we may earn an affiliate commission.