But that doesn't make it a good game.

Hideo Kojima builds cinematic games. His projects are visually ambitious, narratively complex and cutscene-heavy, dripping with references to the vaults of Alfred Hitchcock, George Romero and Orson Welles. Kojima is transparent about his obsession with film and how it influences his creative process.

Kojima has repeated this idea in interviews and essays throughout his 33-year career as a video game designer. It rang true when he made Snatcher in 1988, Policenauts in 1994 and Metal Gear Solid in 1998. It rings true today, with the imminent release of Death Stranding, Kojima's first project as an independent developer. 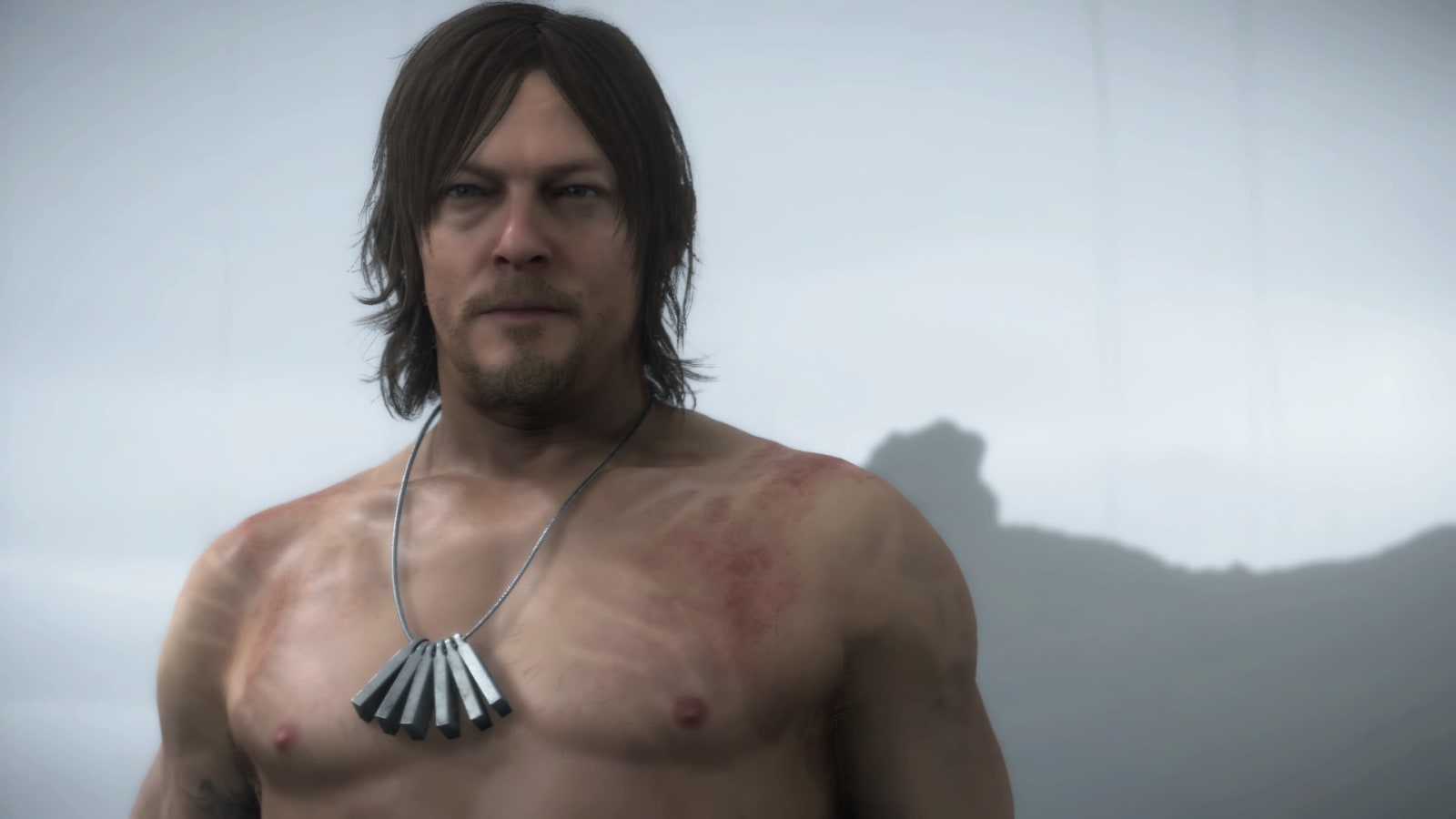 I challenge you to find a review of Death Stranding that doesn't mention how cinematic it feels. Not only does the game employ beautiful perspective shots and dramatic exposition, it stars top-tier actors and directors, including Norman Reedus, Mads Mikkelsen and Guillermo del Toro. Their names are emblazoned across the screen multiple times, packed into the intro credits and appearing again with each character's debut.

As is usually the case in video game criticism, the comparison to film is presented as a positive feature, driving home the idea that Death Stranding is just as powerful and necessary as any Academy Award nominee. As if Hollywood prestige were the highest bar for artistic criticism. As if, by emulating a movie, a video game earns real value.

By this metric, Death Stranding is a good game because it looks like a good movie, and Kojima is a talented filmmaker.

But, is he a good game designer? 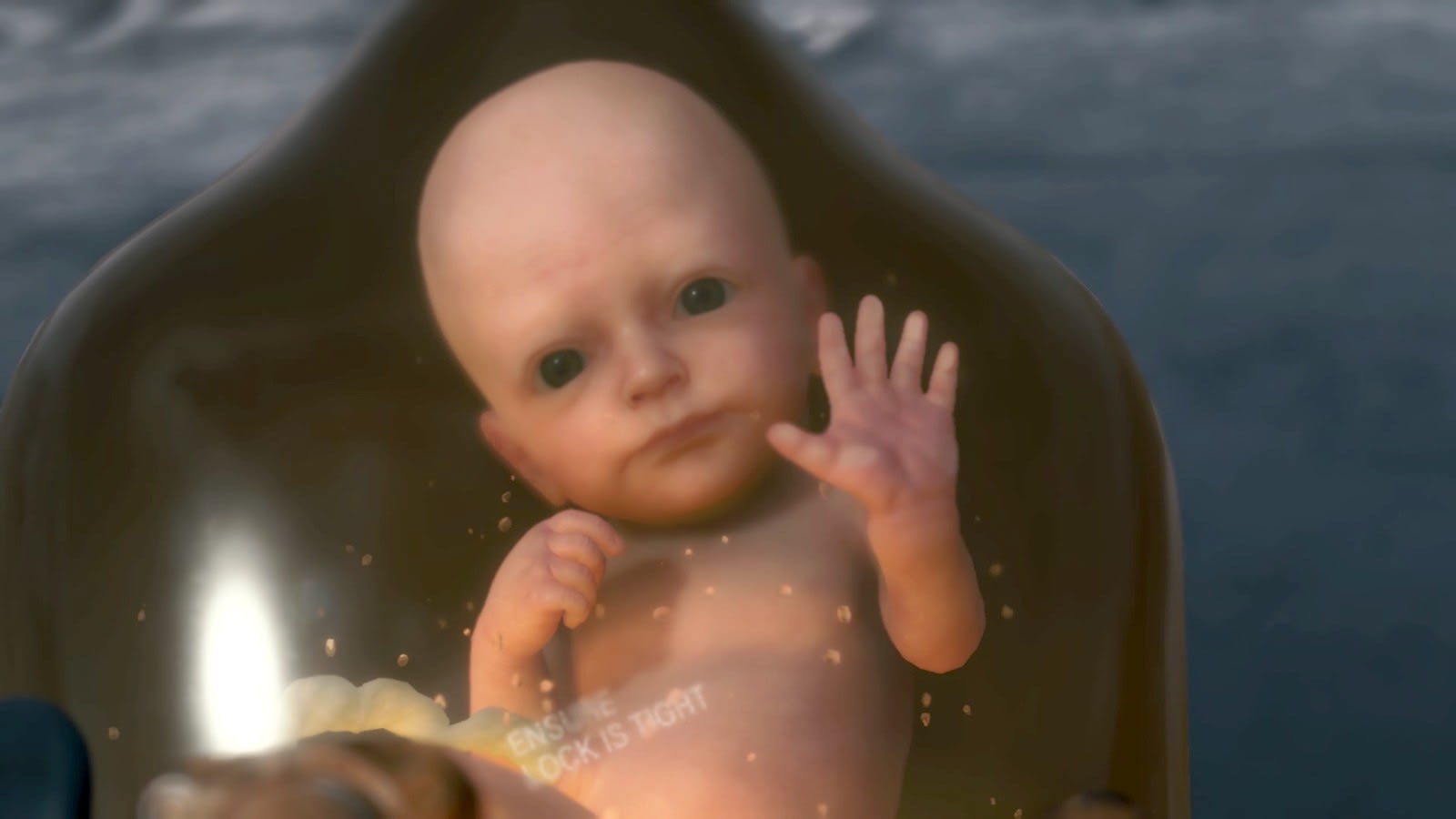 Well, yes. The accomplishments of Kojima's games are varied, numerous and genre-defining. He's responsible for inviting artistic criticism into a realm of entertainment that's been historically shunned from mainstream conversations, and his games have plenty to say. Even when those words are coming from the mouth of a rechargable baby floating inside an artificial womb strapped to the chest of a superpowered delivery man.

However, the conversation around the prestige of AAA games has clear parameters, many of which have been set outside of the video game industry. Red Dead Redemption 2, ostensibly the top game of 2018, was lauded for its cinematography and acting; similar praise has been applied to God of War, The Last of Us, Horizon Zero Dawn, and most major-label games of the past few generations. Discussions about these games in art or academia often adhere to standards set by Hollywood insiders. When we talk about video games as important, artistic or socially valuable, film is the gold standard. 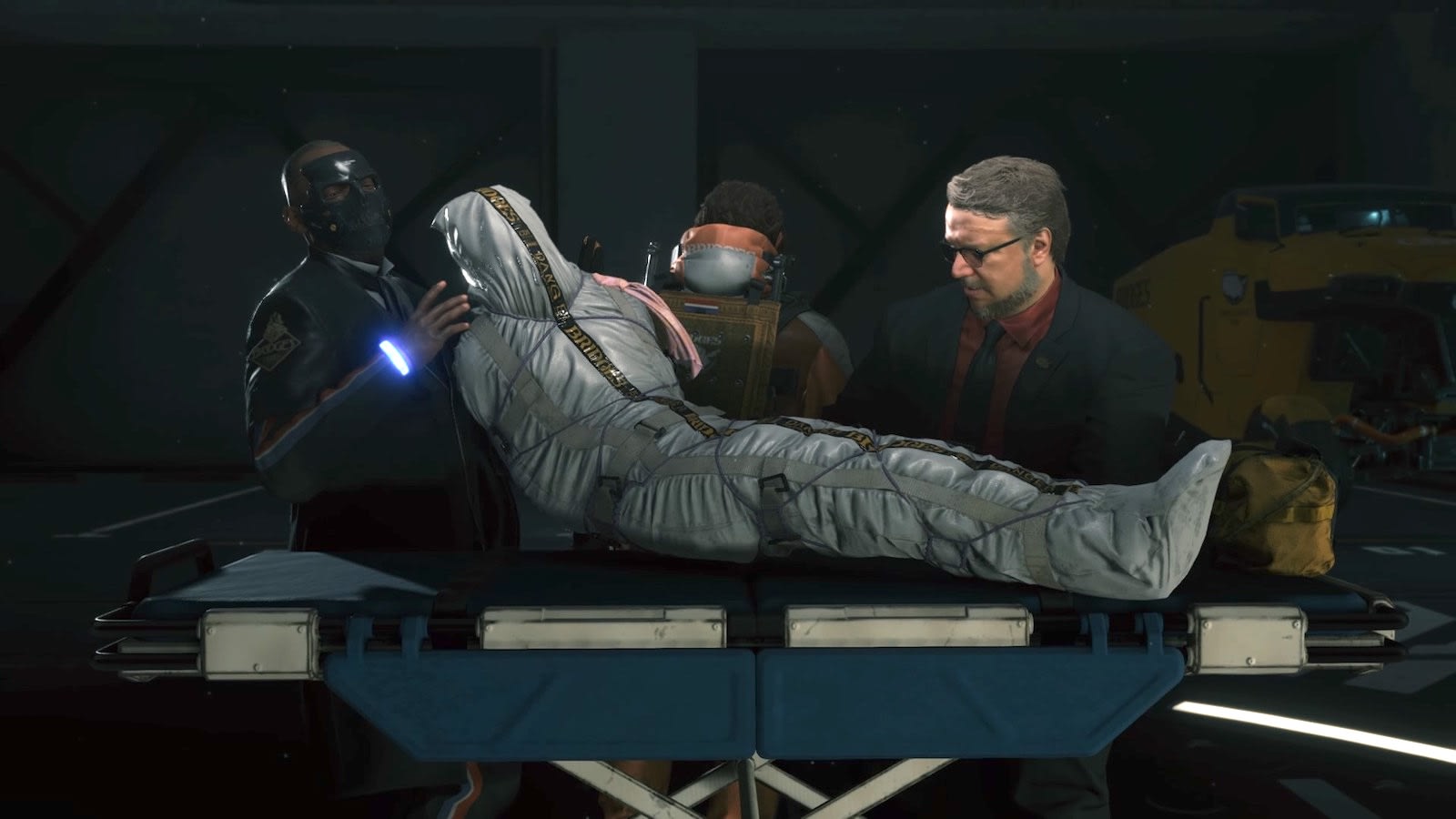 There's good reason for this. The American film industry provides a template for video games, dictating how these experiences will be received in art, education and public consciousness. Essentially, film has been here before.

It took decades for film to be widely viewed as legitimate artistic expression. Citizen Kane, the movie that set the standards of visual storytelling, came out in 1941, but film classes weren't offered in most American universities until the mid-1970s. Before that time, movies — especially domestic ones — were viewed by the establishment as less intelligent, and therefore less valuable, than literature. 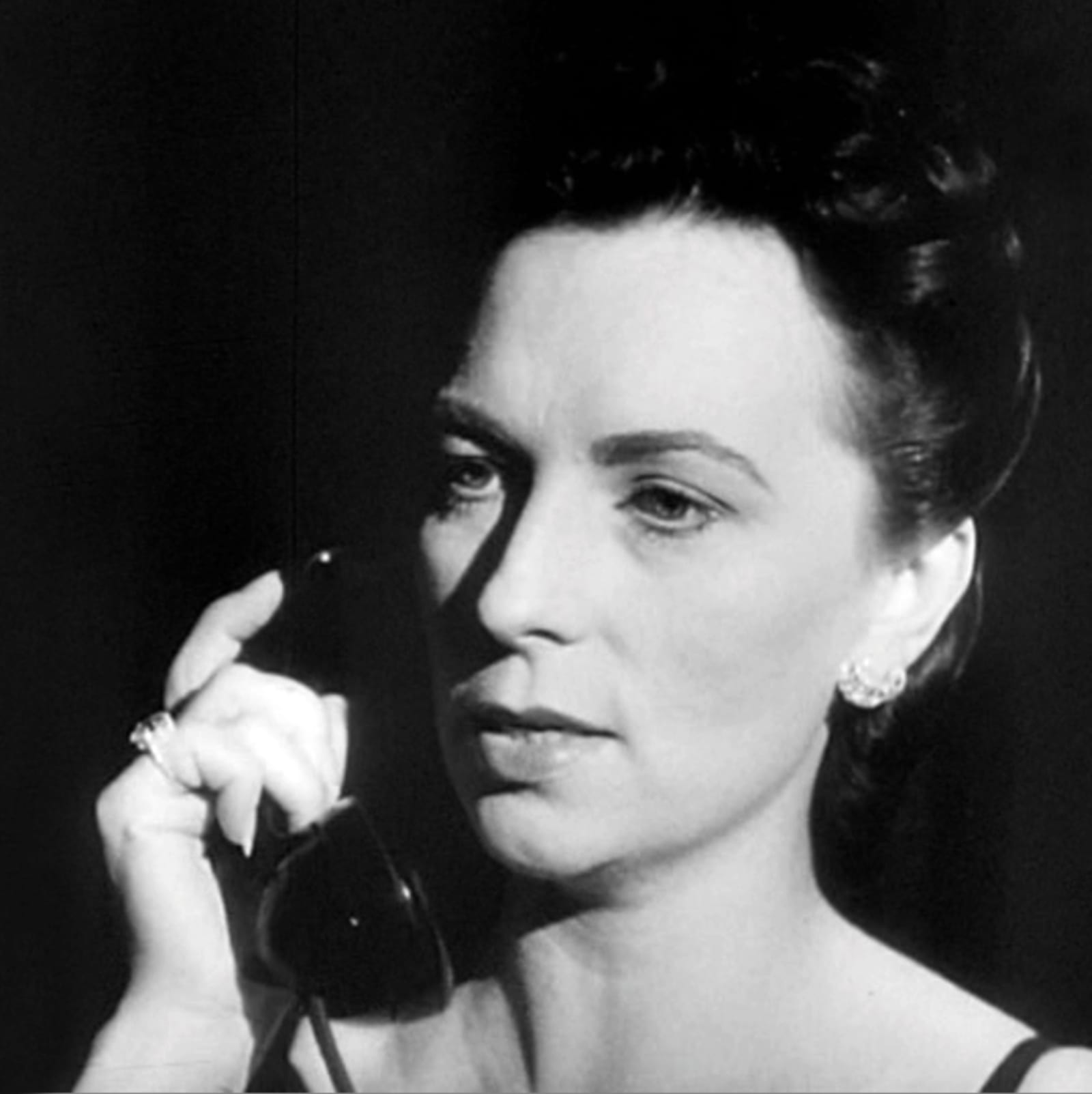 Time marched on. Incoming generations of students grew up with theaters, foreign movies and film critiques in The Village Voice, and they naturally understood the power of the medium. Universities eventually caught up with their students and started examining film, presenting it on equal footing as novels and other visual arts. Today, even digitally distributed television shows are extended the same respect.

Nearly 50 years later, this adoption process has transferred to video games. Most universities nowadays offer some kind of video game program, including classes that dissect the industry with a critical eye. However, even just four years ago, universities like the Art Center College of Design in California didn't offer dedicated gaming tracks, and many of its professors were baffled by digital, interactive forms of art. In film-history terms, video games are just now leaving the 1970s.

It makes sense, then, that video games would use film as a guiding rod. Movies are similarly visual, and they've successfully infiltrated the bubbles of art, academia and mainstream consumption. The quickest and clearest way to ensure video games are viewed equally is to emulate film. 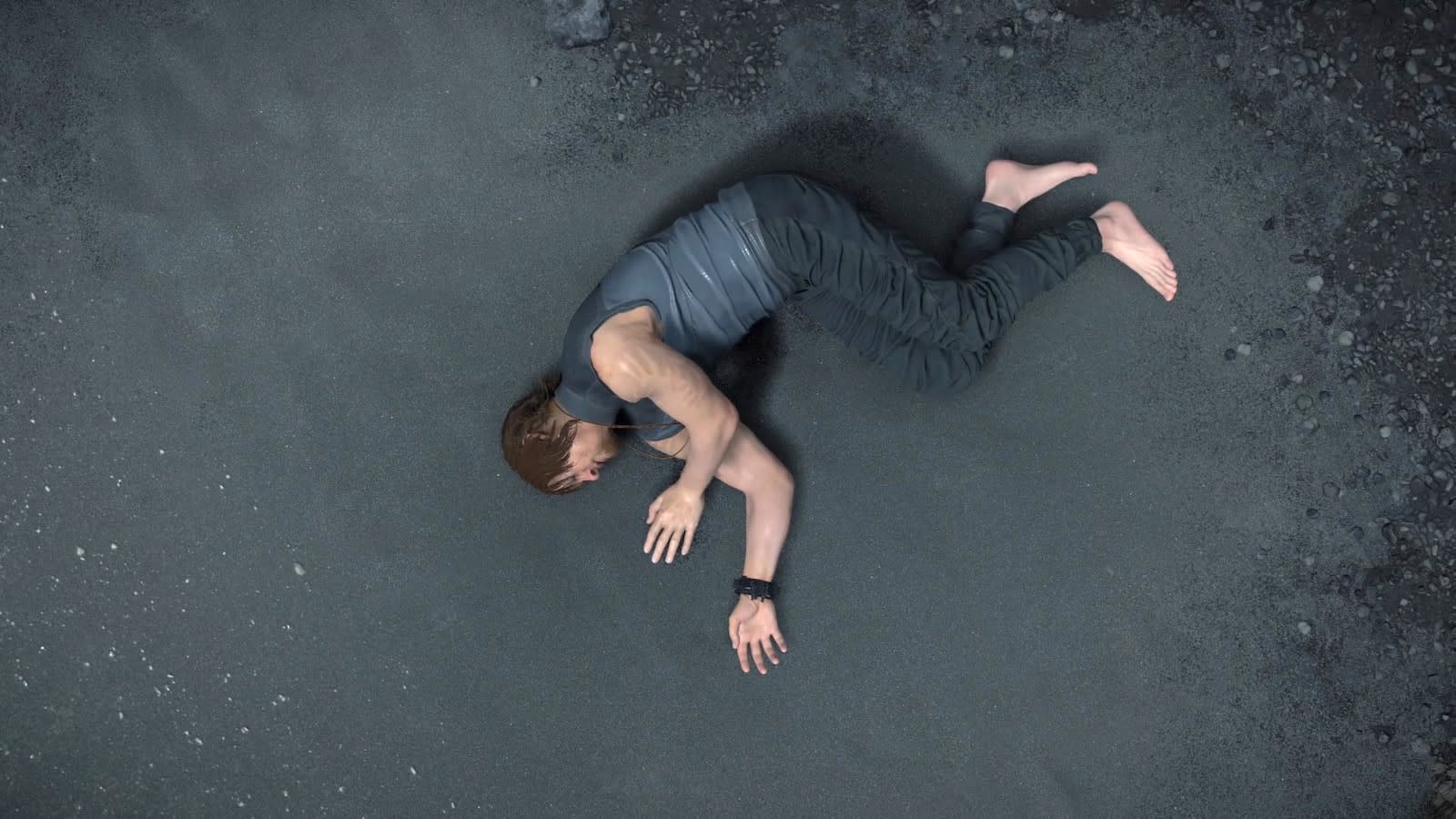 Which brings us back to Death Stranding. Its world is lush and wild, inviting players to manage their inventories, traverse long distances without falling down (shockingly tricky), survive among black-tar seas of enemies, and build structures and transportation routes that will linger in-game for subsequent players. Through these gameplay systems alone, Death Stranding introduces intriguing ideas about politics, social media, climate change and modern isolation. With the controller in-hand, Kojima's strange fantasy world feels exceedingly heavy and prescient — but then Guillermo del Toro or Mads Mikkelsen strides into the frame for an extended cutscene, and the controller fades away. The world snaps back into a passive, film-like state.

Death Stranding sings when its cinematic roots are stripped away. Outside of the cutscenes and close-ups of Norman Reedus crying, Kojima forces players to live in a world ravaged by humanity and learn more about its true meaning through pure interaction. A strand is both a thread that connects and a verb that equates loneliness, and this core idea evolves beautifully through Death Stranding's gameplay alone.

Kojima's strength as a game designer has never been in exposition, and Death Stranding is no different. His stories are complex, and explaining them becomes a long, lingering process that cuts through generally excellent mechanics and worldbuilding. Mechanics that can carry the story on their own, if they're given the chance. 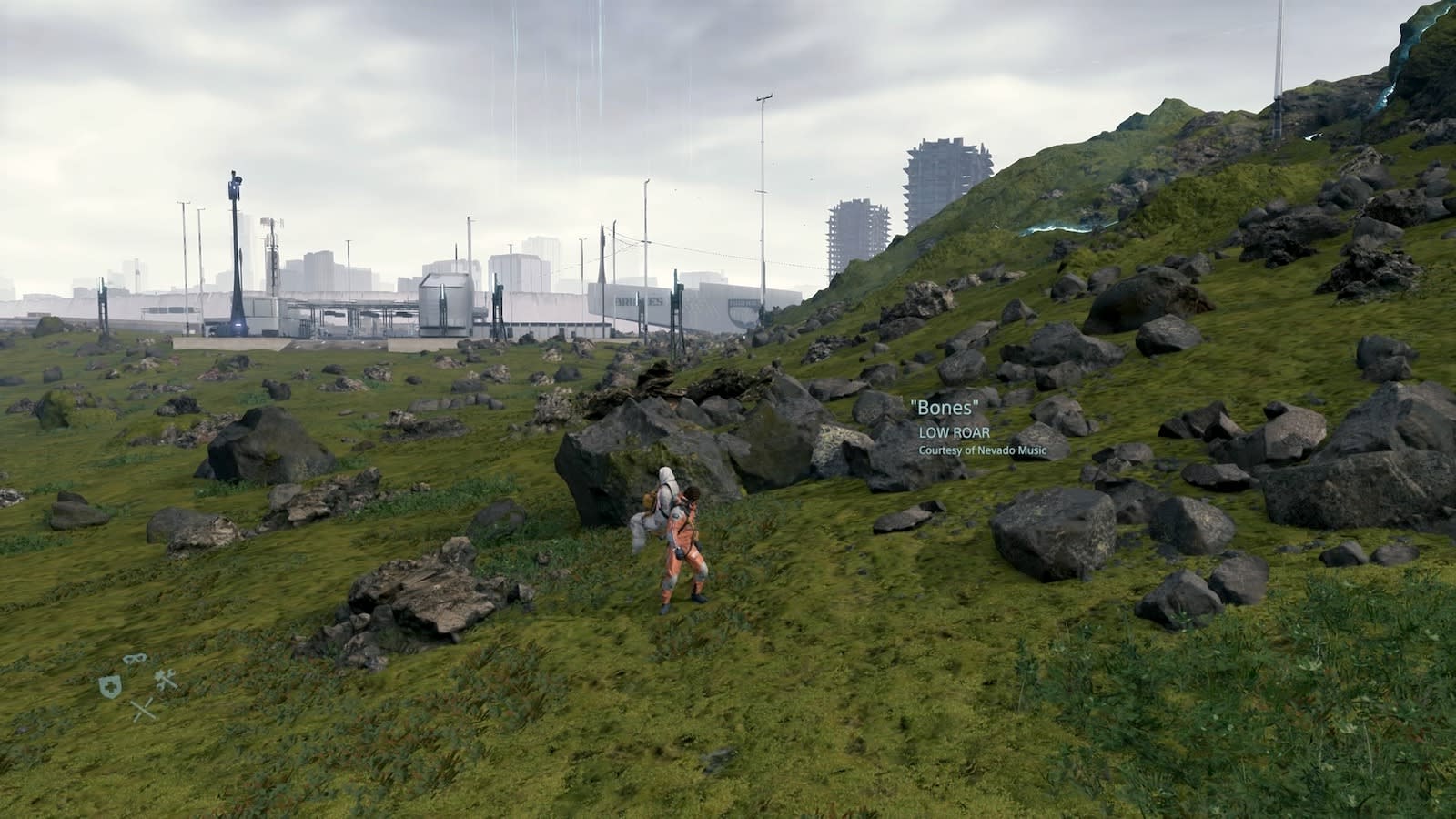 Death Stranding is clearly not a film. It's at least 50 hours long; it has social systems and multiplayer aspects; it encourages individual interpretation; it's interactive. In short, it's a video game. Yet, with a deluge of A-list actors and Kojima's silver-screen eye, Death Stranding is trying ridiculously hard to be a movie, and receiving praise for it.

Kojima will make a fine — even excellent and deliciously strange — movie director. He's already planning on adding filmmaking to his studio's repertoire in the coming years. It will be fascinating to see how he approaches visual art outside the framework of interactive gameplay.

It would be equally intriguing to see Kojima approach video game development without the framework of film. Maybe Death Stranding would introduce fresh forms of social interaction, rather than iterating on systems laid out in Dark Souls and No Man's Sky; maybe cutscenes would be replaced with a brand-new form of storytelling; maybe the experience would embrace everything that separates video games from film, rather than leaning into cinematic staples. Maybe Kojima would be even weirder. 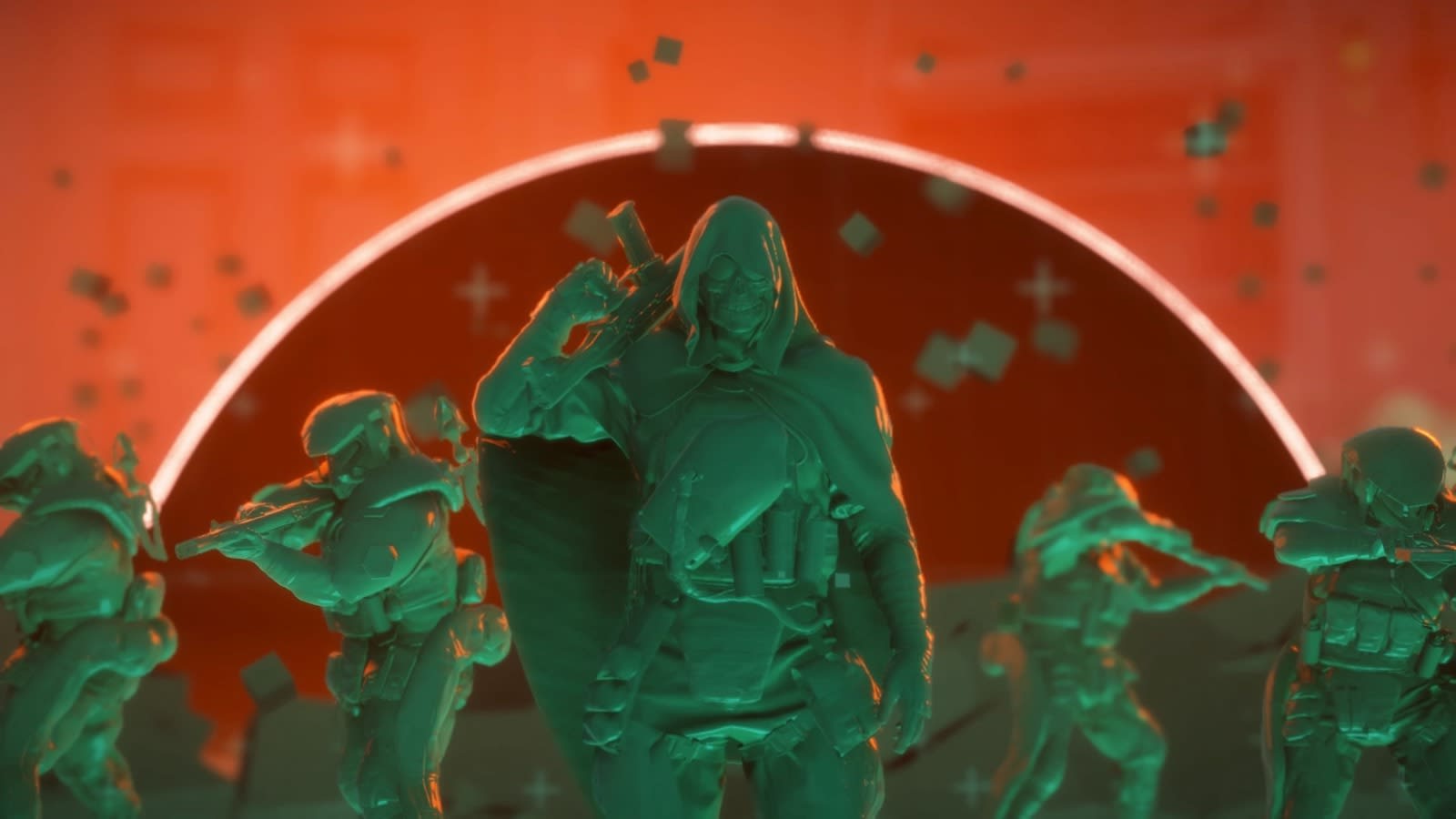 Video games aren't the end. The next big art form is already on its way — augmented reality will fuse digital life with the physical realm, offering myriad new avenues of artistic expression. The interactive experiences built for these realities will be informed by all of the mediums that came before, but video games will be the nearest example. In order to provide a clear template for future art, and in order to sustain respect in the present, video game creators and critics can't rely on the familiar thrills of film. The best way to make video games stronger is to embrace everything they are. And video games are a lot of things, but they're definitely not movies.

All products recommended by Engadget are selected by our editorial team, independent of our parent company. Some of our stories include affiliate links. If you buy something through one of these links, we may earn an affiliate commission. All prices are correct at the time of publishing.
'Death Stranding' is a great movie
art
av
death stranding
design
editorial
entertainment
film
gaming
hideo kojima
kojima productions
movies
video games
nextgen