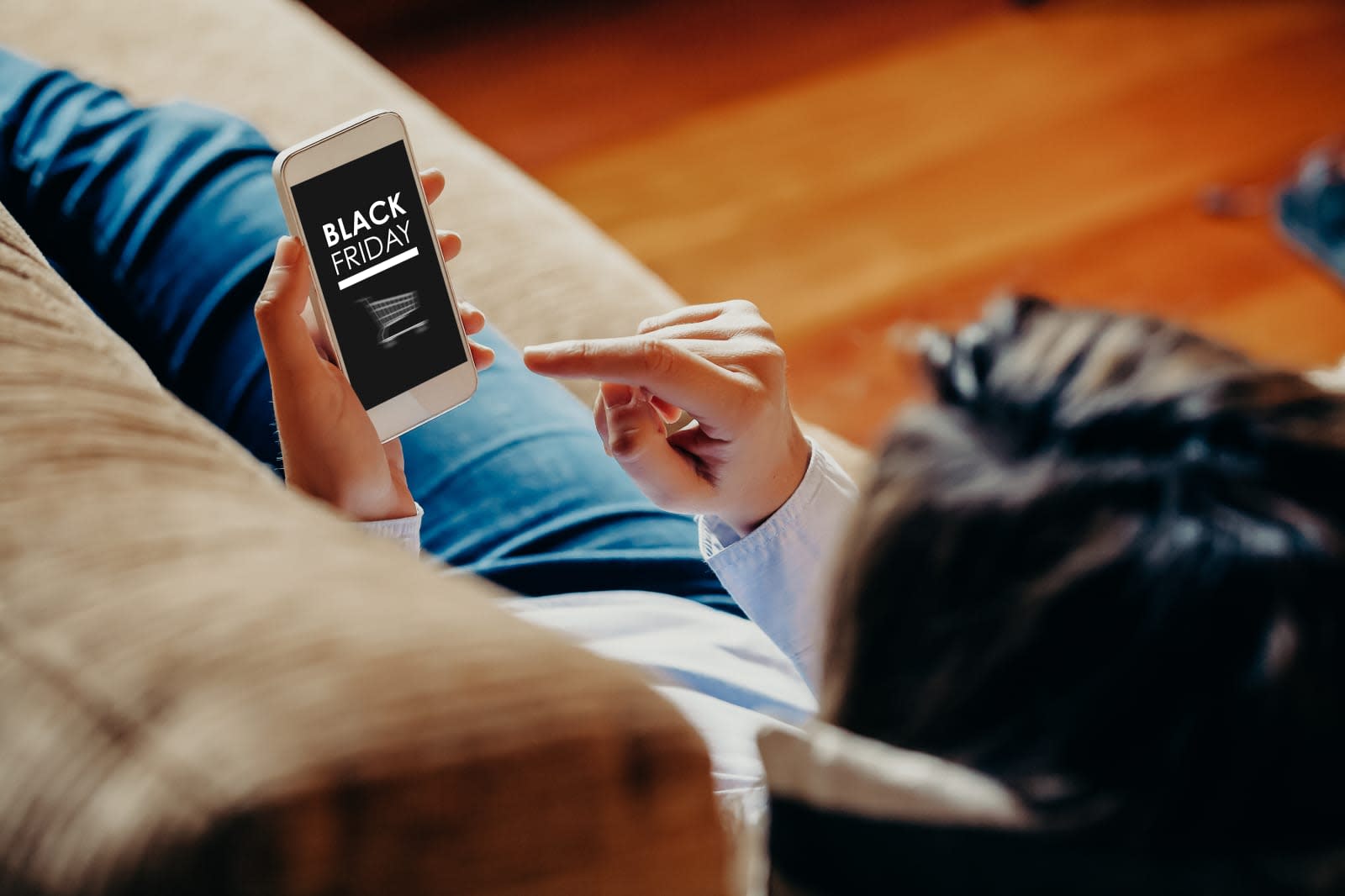 Did you get your Black Friday shopping done while you were waiting in line for coffee? You definitely weren't the only one. Adobe shopping data indicates that 39 percent of online Black Friday purchases were made with smartphones. That's a big jump from last year, when just over 33 percent turned to the devices in their pockets. People were willing to splurge, too. Shoppers spent about $2.9 billion using their phones versus 'just' $2.1 billion a year earlier.

It was also a banner year for online Black Friday shopping as a whole. There was a record $7.4 billion in internet-based sales versus $6.2 billion last year, and people were more comfortable spending for expensive items with an average order of $168.

It won't surprise you to hear that many were shopping for tech on Black Friday. The top electronics included Apple laptops, AirPods, the Nintendo Switch and Samsung TVs. Gamers, meanwhile, were big into sports with FIFA 20 and Madden NFL 20 among the top purchases.

Adobe didn't attempt to explain why people were more willing to spend using their phones, although there are a few possible explanations. Refined websites and mobile apps could make it easier, especially if you can check out faster using services like Apple Pay or Google Pay. Ever-growing smartphone screens could make mobile shopping feel less claustrophobic. And there's a chance people are simply more accustomed to shopping on their phones -- that urge to retreat to a computer might not be as strong as it was before.

In this article: adobe, black friday, business, e-commerce, gear, internet, mobile, shopping, smartphone
All products recommended by Engadget are selected by our editorial team, independent of our parent company. Some of our stories include affiliate links. If you buy something through one of these links, we may earn an affiliate commission.