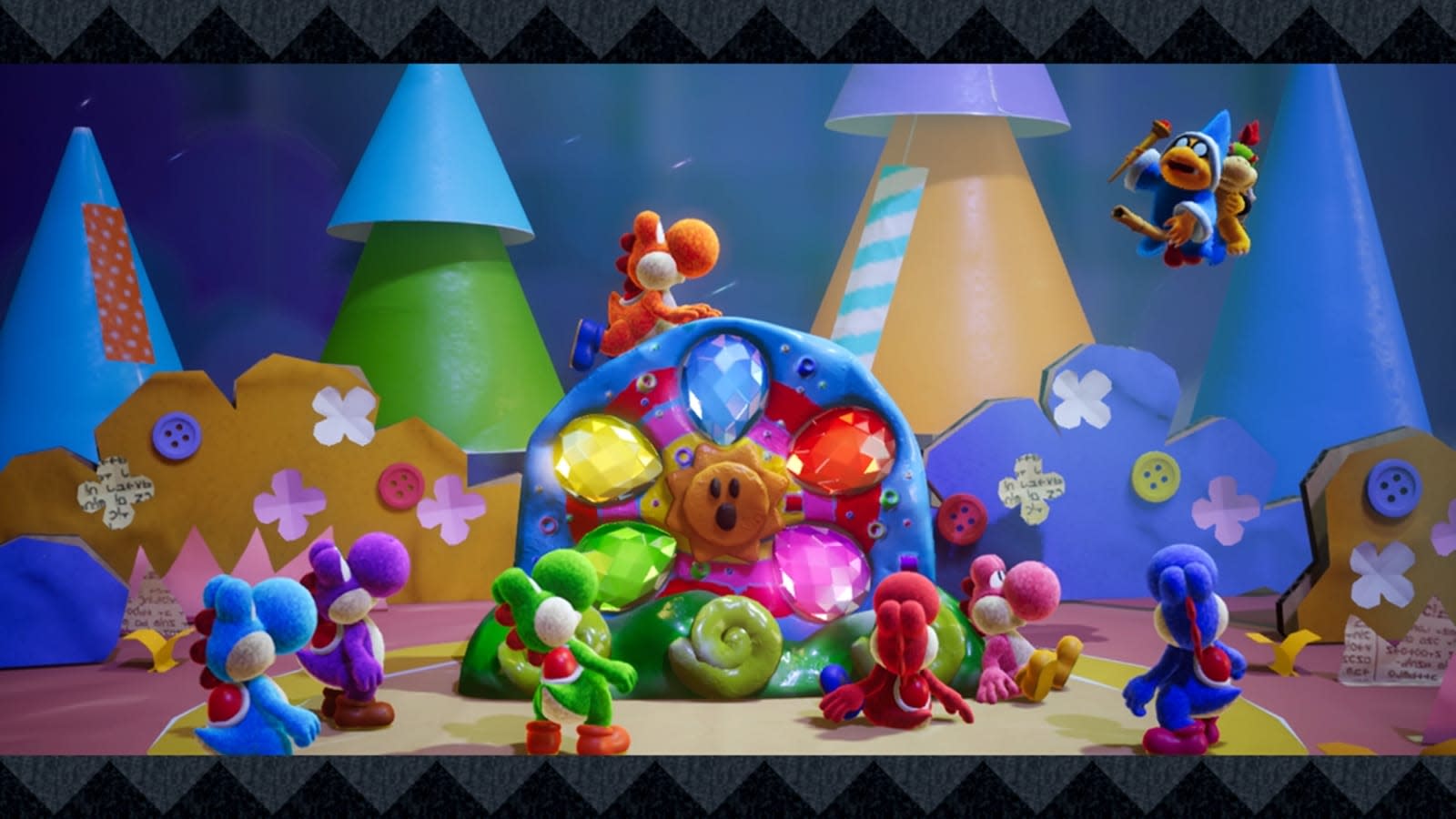 In a couple of months, you'll be able to embark on an adventure as Yoshi across a game that was created to look like a miniature diorama crafted from household items. Nintendo has announced that the action platformer Yoshi's Crafted World will be exclusively available for the Nintendo Switch starting on March 29th. Its themed stages will have you solving puzzles and finding treasures hidden in sets that use familiar elements like boxes, paper cups, washi tapes and buttons. If you want to spice things up, you can either play with a friend in 2-player mode or play stages backward.

Yoshi is back! Set off together when #YoshisCraftedWorld launches exclusively for #NintendoSwitch on 3/29! pic.twitter.com/94WMZd7Yfv

Nintendo has also announced the launch of Kirby's Extra Epic Yarn for the Nintendo 3DS on March 8th. If Yoshi's Crafted World uses paper and boxes, Kirby's world is made of cloth and yarn. The game is an enhanced version of the original Kirby's Epic Yarn for the Wii with new power-ups, mini games, furniture and a more difficult mode.

In this article: gaming, mobile, nintendo, switch, yoshi, yoshicraftedworld
All products recommended by Engadget are selected by our editorial team, independent of our parent company. Some of our stories include affiliate links. If you buy something through one of these links, we may earn an affiliate commission.