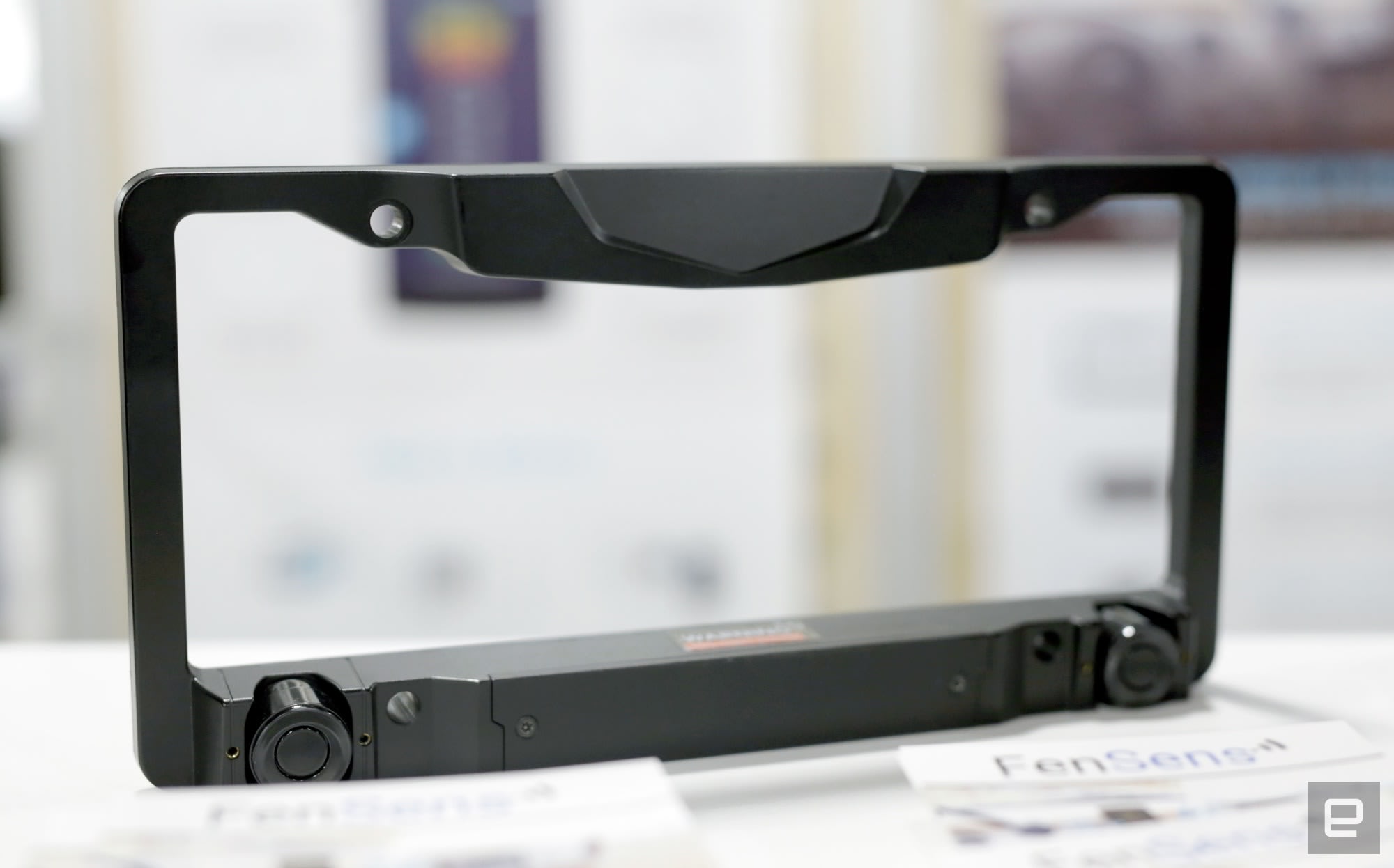 Remember when CES wasn't flooded with car news? We don't. None of us are about to complain about cars becoming more intelligent and customizable, but these advances do little to help people who have cars that are more than a few years old. That's where FenSens comes in: this Seattle-based startup has developed an aftermarket rear sensor you can stick to the back of your car, just to make sure you don't take anyone out when you're about to leave the grocery store.

Fine, maybe "stick" isn't the right word. FenSens's sensor replaces the frame that runs around your license plate, and according to in-house designer Alex Shirazi, the process doesn't take more than a few minutes. Once that's done, data from the sensor is sent to a smartphone you'd ideally have mounted on your dash or air vent, so the app can provide you with audio, visual, and even haptic alerts to make sure everyone around the car is safe.

FenSens launched its backup sensor last year, and has spent its time in the interim prepping a new product — wireless backup cameras for vehicles big and small — in mid-2019. It's heartening to see a startup make sure vehicles that aren't necessarily shiny and new get modern features, but history has proven that this market is tougher to crack than some might expect. Pearl, another startup that built a similar wireless backup camera made headlines for the thoughtfulness of the experience, and because most of its employees had Apple pedigrees. That wasn't enough to keep Pearl afloat, though — Axios reported that disappointing early sales and a high burn rate forced the company to shut down roughly a year after launch.

For what it's worth, though, FenSens might not have to worry about some of those issues. The team is still rather small, so burn rate is probably less of a problem, and at $179, its backup detection system is far less costly than the Pearl and its $400 price tag. Ultimately, people who haven't purchased cars in a few years deserve the same level of intelligence that makes new models so safe, so here's hoping FenSens can manage its growth responsibly.

In this article: ces2019, fensens, gear, rearsensor, startup, transportation
All products recommended by Engadget are selected by our editorial team, independent of our parent company. Some of our stories include affiliate links. If you buy something through one of these links, we may earn an affiliate commission.