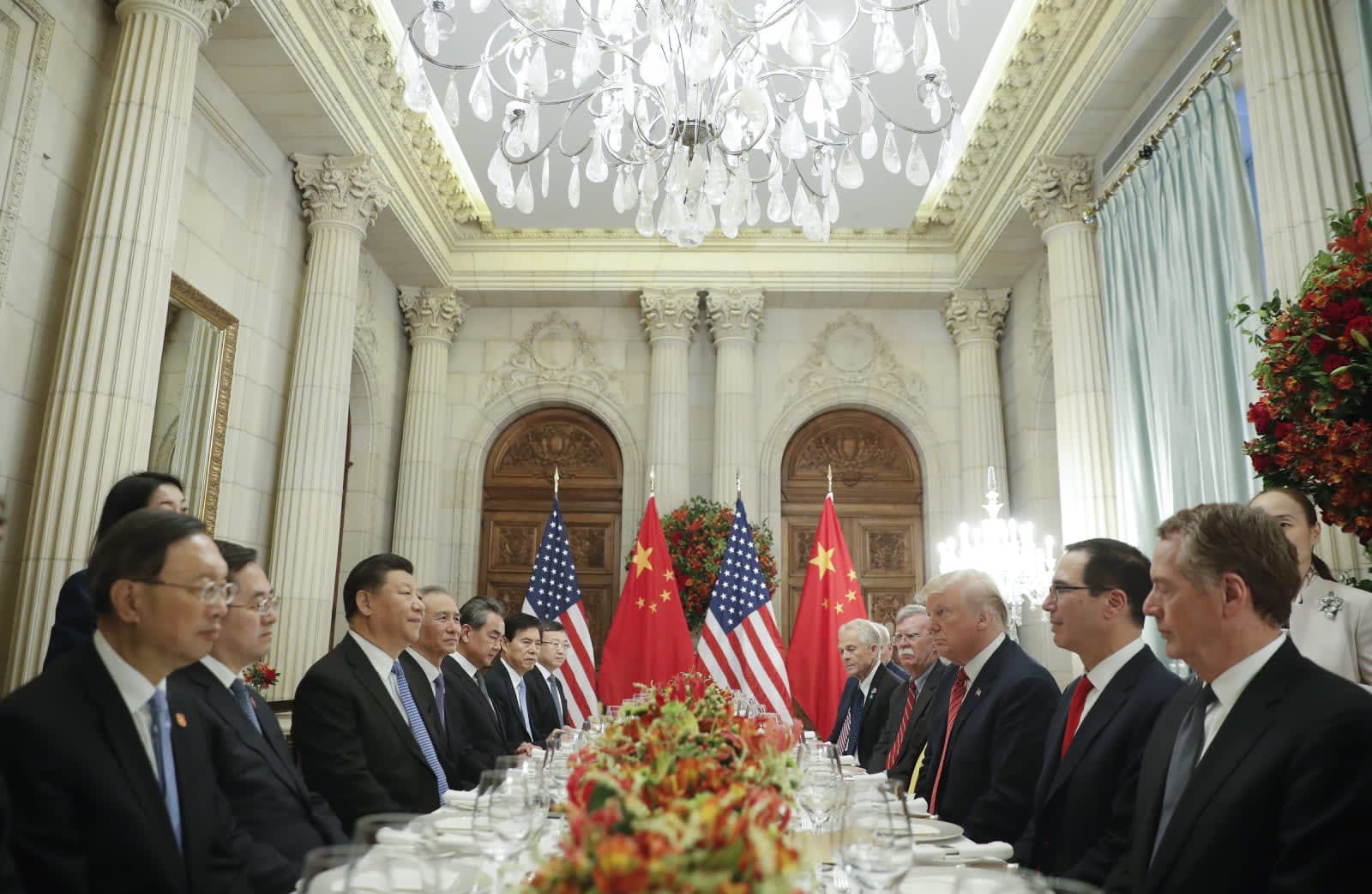 At the start of 2018, the US imposed a series of tariffs on Chinese products ranging from solar cells through to home appliances. It was the escalation of rhetoric between the two countries over fears that the US-China trade deficit had become too high. According to US Census Bureau statistics for 2018, the US bought $447 billion worth of Chinese goods, but only $102.4 billion went the opposite way. An additional $200 billion tariff package targeting the technology industry was due to be levied on January 1st, 2019.

This second wave of tariffs was halted pending the outcome of a lengthy trade summit between the US and China. Whatever decision is reached will have enormous consequences for producers and consumers, who may see prices rise and investments delayed. That could lead to reduced growth, stock market drops and people losing their jobs, especially in the high-output, low-margin component industry.

Some Chinese companies attending CES are reticent to talk about what could happen in the coming weeks. An American employee of a Chinese company said that their CEO had told them all to avoid talking politics at the show. Several other businesses were similarly unwilling to speak publicly on the matter. The implication was that they may face reprisals from Beijing for engaging with a journalist.

Breswell Su, sales manager at a large Chinese electronics conglomerate, said that tariffs are a "huge concern." He explained that, as the "economic situation gets intense," the imposition of tariffs will only be one of a number of problems. A fall in the value of the yuan, for example, will increase costs and squeeze the industry's already-slender margins. He added that companies will look to survive on tiny margins and attempt to recoup their losses by pushing harder into other territories.

Employees at one Shenzhen-based maker of battery packs and headphones felt that the trade war would not affect them. Representatives said that their products may avoid tariffs altogether because they're shipped via Hong Kong. From there, hardware is delivered to an Amazon warehouse, which fulfils its global shipping obligations.

Schumacher Electric produces battery charging equipment and has manufacturing facilities in China, Mexico and Belgium. Product Engineer Linh Nguyen said, if tariffs are imposed, his company will simply make sure that hardware imports to the US come from the Mexico plant. "Politics is temporary," he added, saying that the situation may change tomorrow, so it's a responsibility for businesses to be flexible. 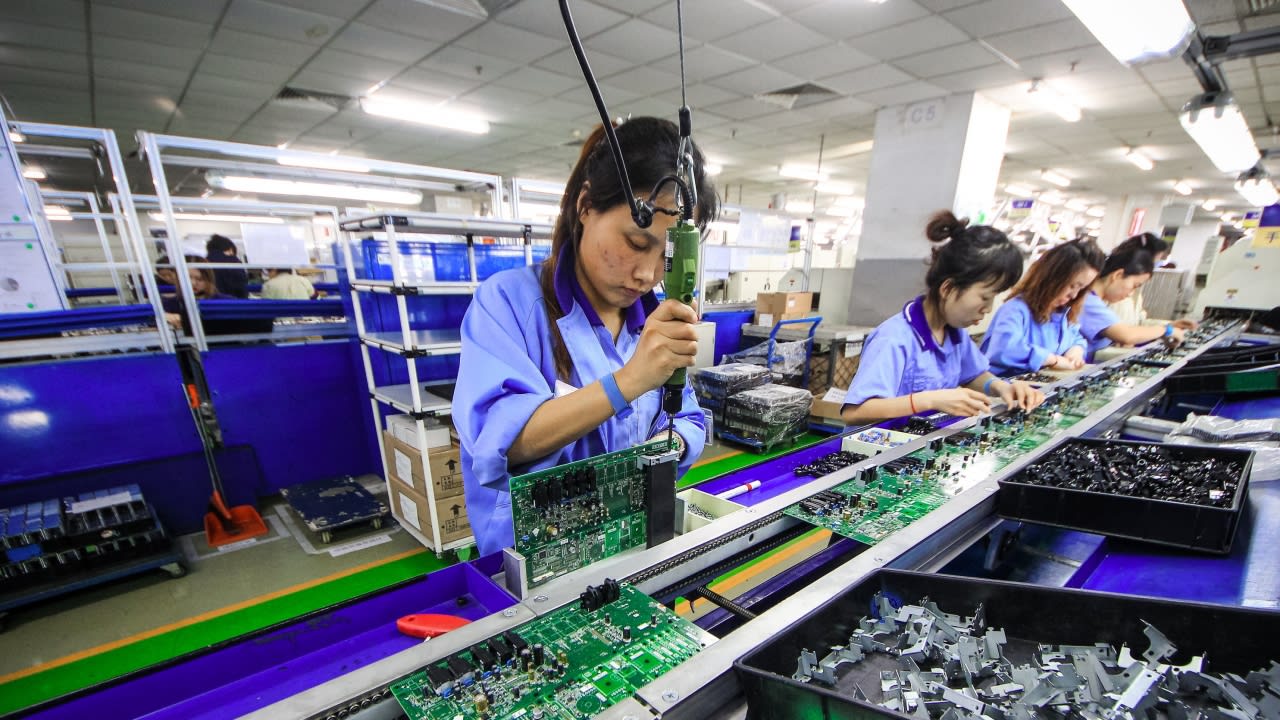 “It's not just tariffs that businesses have to worry about. A trade war-caused fall in the value of the yuan, for example, will increase costs and squeeze the industry's already-slender margins.”
South China Morning Post

Another individual who declined to be named said that the tariffs may not have as negative an impact "if everybody on the playing field is affected." If all Chinese businesses are slapped with the charges, then, the impact on competitiveness may be negligible.

Wenjuan Li, Marketing Director of Made In China, has been advocating for an end to the hostilities, even talking to the Chinese government. She said that the tariffs are a "big concern for Chinese suppliers," many of which are either racing to get products into the US before the deadline, or avoiding shipping there at all. She added that, in her opinion, a trade war would be "bad for all of us, and would hurt [all of] us ... we just want to do business."

One of the issues often raised in the words between the US and China is the latter's apparently lax attitude toward intellectual property law. The country has a reputation for producing lookalike gadgets, and is often seen to copy the designs created by US companies. Li said that "the US has complicated policies that suppliers in China do not understand," and that they are not "deliberately infringing."

At the time of writing, the trade talks between the US and China are still ongoing, with The Wall Street Journal reporting on positive notes emerging from the summit. It remains unclear how the negotiations will end, and how much either side is willing to concede in their pursuit of good relations. According to CNBC, China is likely to be a bigger loser than the US should any trade war escalate, which could harm some, or all of the businesses exhibiting at the show.

Some quotes have been edited for clarity.
Cherlynn Low contributed to this report.

In this article: CES2019, China, Electronics, gear, Imports, Interviews, politics, Semiconductors, Tariffs, TradeWar
All products recommended by Engadget are selected by our editorial team, independent of our parent company. Some of our stories include affiliate links. If you buy something through one of these links, we may earn an affiliate commission.