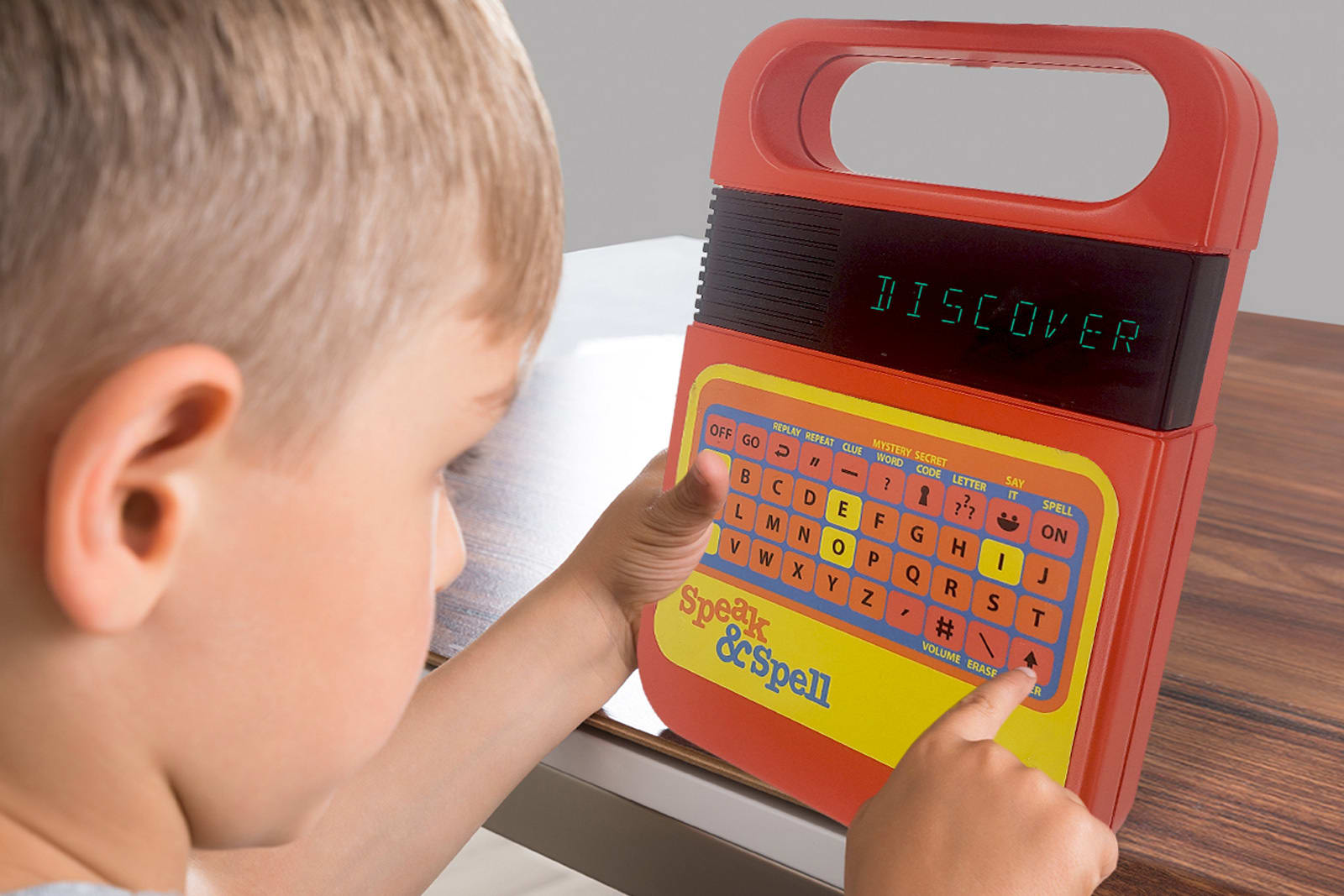 If you're a techie of a certain age (cough), you probably have fond memories of the Speak & Spell. The Texas Instruments toy's quirky speech synthesis may be quaint by modern standards, but it sounded like magic at a time when getting any computer to talk was a big deal. You'll be glad to hear it's back, then. Basic Fun is introducing a revived Speak & Spell that includes all the familiar games, that simple segmented display (albeit one based on modern LCDs) and, of course, that signature orange-and-yellow design. However, there is one important change you'll have to consider: the voice.

The TMS1000 chip inside the original Speak & Spell synthesized voices on the fly both out of novelty and because of storage limitations from 1978-era technology -- it could only handle roughly 200 words. Basic Fun's model won't have those limitations, of course, but that also means the voice is different. It's using recorded dialog processed to sound like it's synthesized, instead of generating sounds on the spot. It's still true to the spirit of the original and offers on-device instructions that weren't an option decades ago, but you'll notice the difference.

As it stands, you might be willing to forgive the break with tradition given the cost. The rejuvenated Speak & Spell will sell for $25 when it arrives in the fall, or low enough that you might prefer this oy over a tablet your kids are more likely to break. We're just hoping there's a Speak & Math follow-up.

Via: Gizmodo
In this article: basicfun, children, education, entertainment, gadgetry, gadgets, gear, kids, nostalgia, retro, speakandspell, texasinstruments, toy, toy fair, toy fair 2019, toyfair2019, toys
All products recommended by Engadget are selected by our editorial team, independent of our parent company. Some of our stories include affiliate links. If you buy something through one of these links, we may earn an affiliate commission.