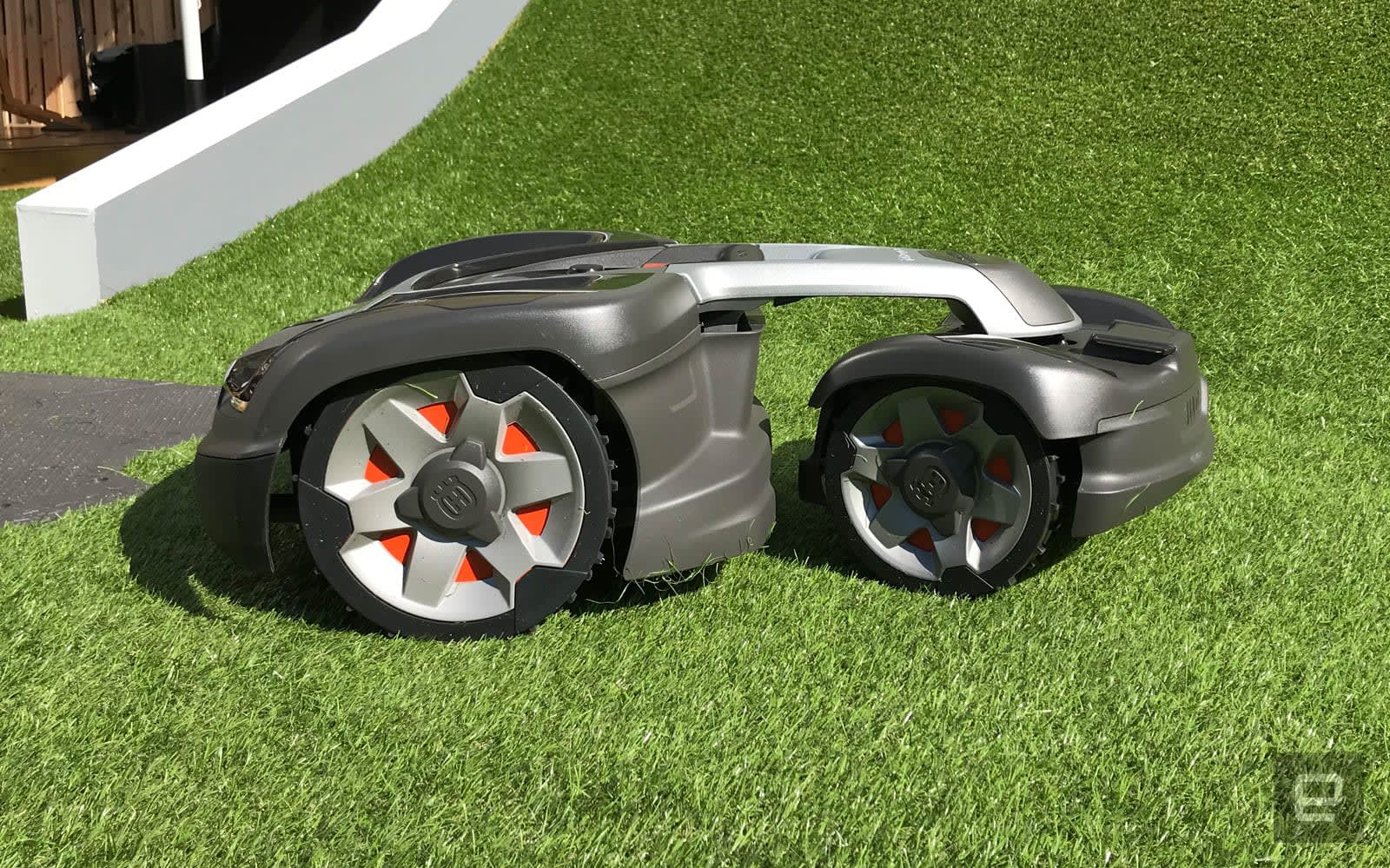 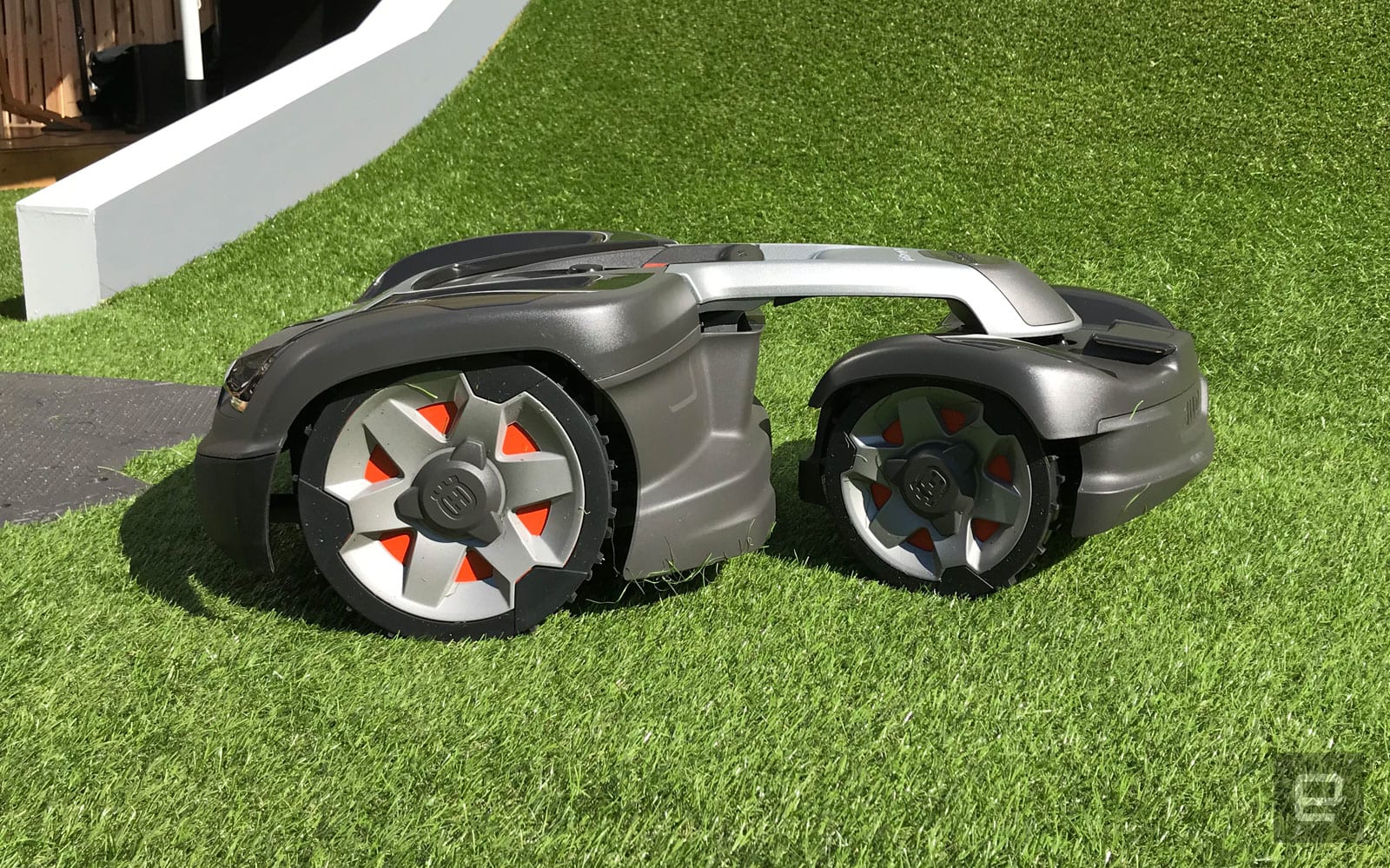 Robotic lawn mowers aren't a recent development, but they're still far from common, at least in the US. This week at MWC, Husqvarna announced its first all-wheel drive (AWD) option with the 435X. In addition to some other unique features, this new Automower works with Amazon's Alexa and Google Home to fit in with the rest of your smart home devices. And yes, the integration with virtual assistants means you can control the robotic landscaper with your voice. AWD adds the ability to handle slopes and rough terrain better. Husqvarna says the 435X can handle an incline of up to 70 percent, which is quite steep. The company has a 435X roaming a steep slope outside one of the halls here in Barcelona, and I'll admit, it's pretty impressive to watch. As someone who has a tricky incline in their yard, I'd much rather not have to push a mower up and down, or across, that anymore. The 435X also has a rotating front axle for increased maneuverability.

For many, a big feature on the 435X will be voice control via Alexa and Google Home. This spring, the 435X and any other Husqvarna robotic mower equipped with the company's Automower Connect will be able to use spoken cues with the devices. What's more, through an open API, robotic mower owners can go deeper with the personalization -- if you're into that sort of thing.

I get it. The idea of a roaming mower in your yard might make you feel uneasy, but Husqvarna has some safety features that might ease your stress. First, there's a built-in safety feature that stops the 435X if it's picked up or if it turns over. There's also an object detection system called Ultrasonic that will reduce the speed of the 435X when it senses something nearby.

Yes, the mower will need to charge after several minutes of use. More specifically, the 435X can last up to 100 minutes on a charge and topping off the battery will take around 30 minutes. As you might expect, this thing isn't cheap. It's priced at £4,400 (around $5,860), and there's no official pricing just yet for the US. That's because if you're hoping to purchase one stateside, you'll have to wait until next year to do so.

In this article: engadgetoutdoors2019, gear, home, husqvarna, husqvarna automower 435X, lawn mower, mower, mwc2019, robotic lawnmower
All products recommended by Engadget are selected by our editorial team, independent of our parent company. Some of our stories include affiliate links. If you buy something through one of these links, we may earn an affiliate commission.