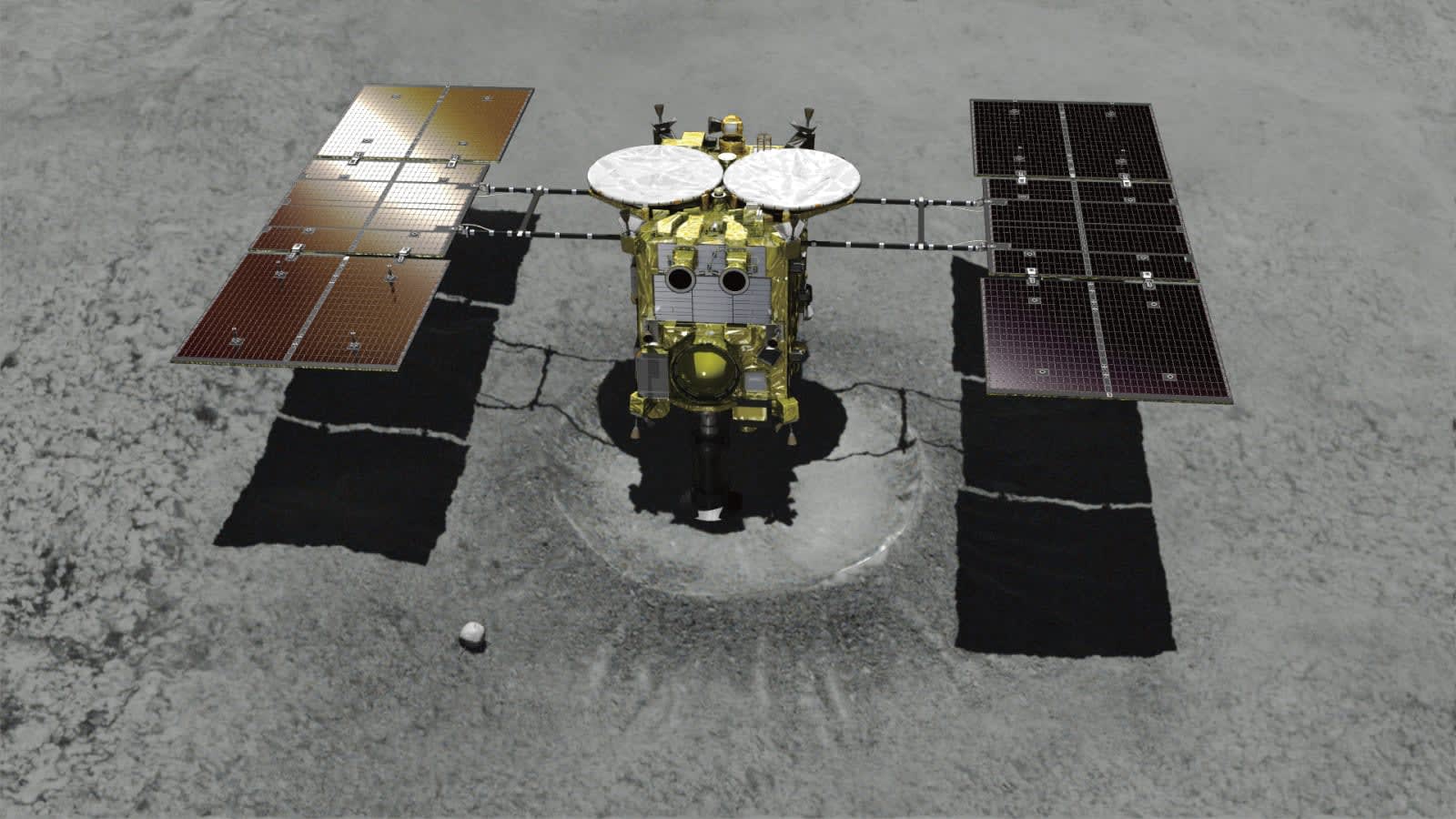 Back in February, the Hayabusa2 spacecraft touched down on asteroid Ryugu to collect samples for scientists back home. Now, Japan Aerospace Exploration Agency (JAXA) has released a video of the brief contact between the probe and its target asteroid taken by a small on-board camera. It shows the moment Hayabusa2 fired a bullet into Ryugu's surface to kick up dust and fragments it can grab -- something the probe was supposed to have done back in October 2018 if not for the fact that the asteroid has much bigger gravel than its ground team expected.

Hayabusa2 has been orbiting Ryugu since mid-2018 to find the perfect spot for its touchdown. It took over a day for the probe to descend from its orbit, but the contact itself lasted only for a second. The video below shows the event at five times its actual speed:

JAXA plans to use the spacecraft to fire an explosive into the asteroid sometime during the first week of April. That will create a crater near Ryugu's equator and kick up more fragments Hayabusa2 can collect when it touches down again in May. Its ground team plans to start observing the second touchdown site later this month.

Source: JAXA (YouTube)
In this article: asteroid, gear, hayabusa2, jaxa, ryugu, space, tomorrow
All products recommended by Engadget are selected by our editorial team, independent of our parent company. Some of our stories include affiliate links. If you buy something through one of these links, we may earn an affiliate commission.