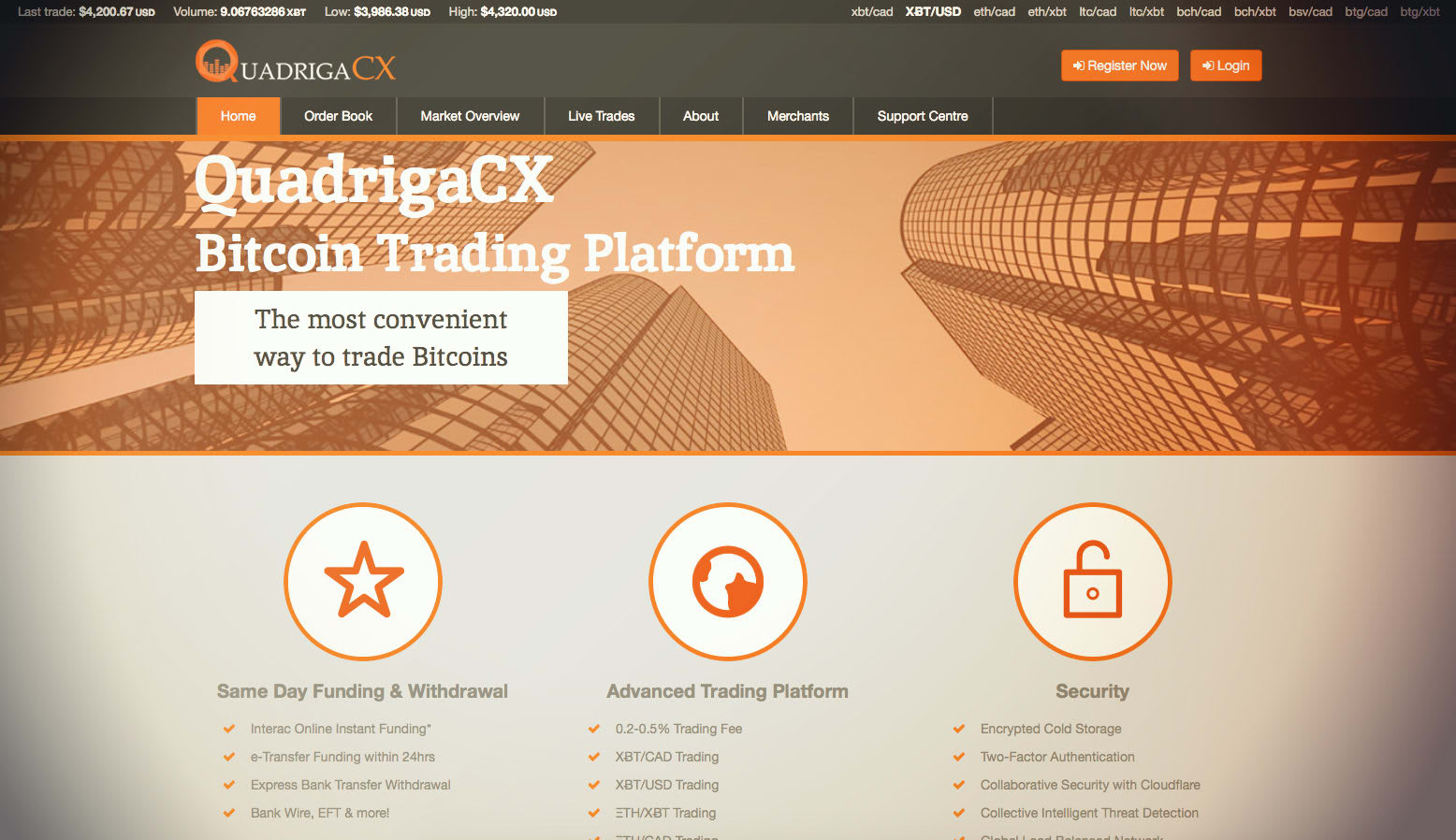 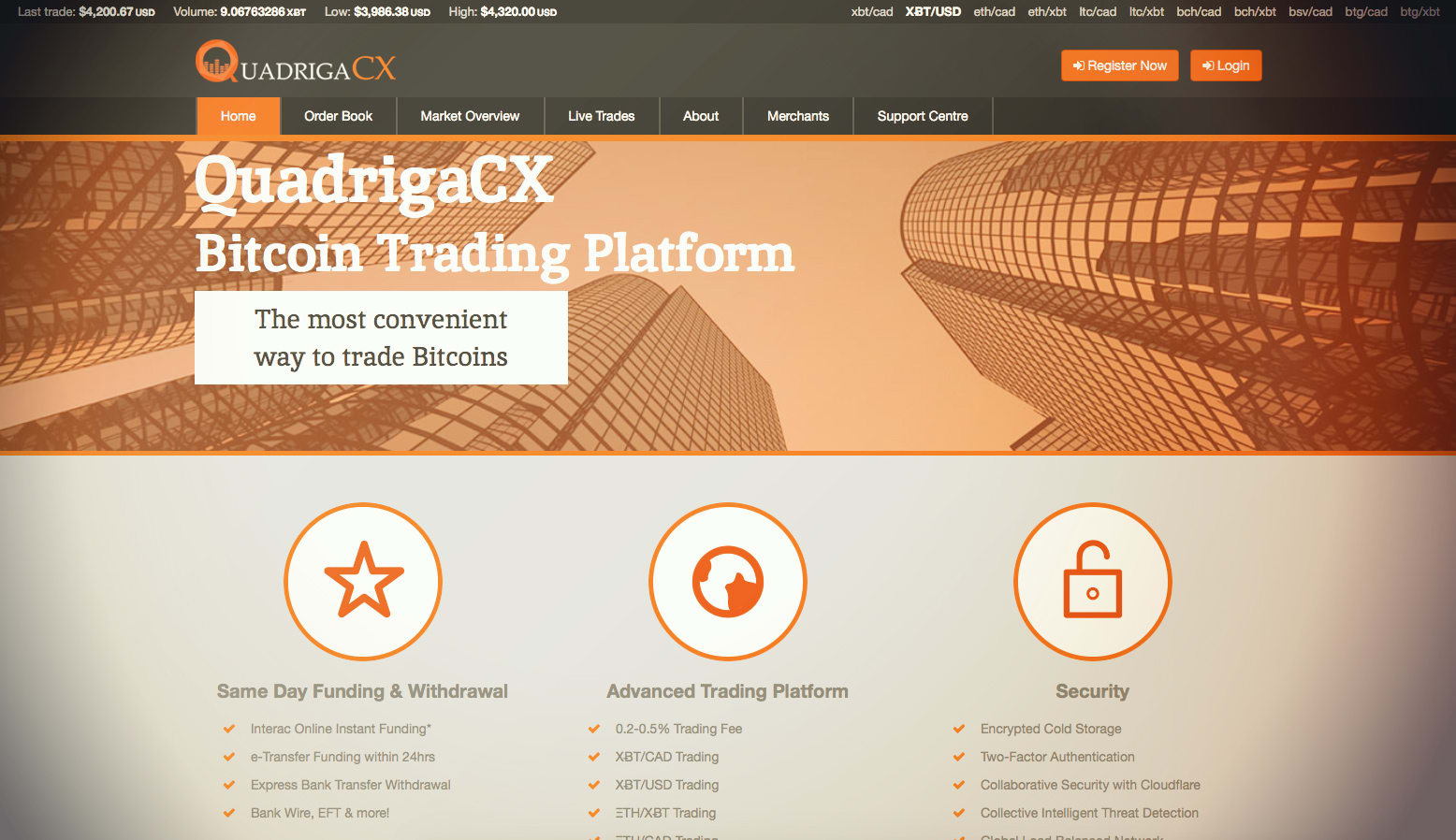 If there's one thing the internet excels at, it's helping people forget the rules of Occam's razor. For many, there are usually no simple explanations for anything, and everything is a signpost to a grand conspiracy to do others harm. In the wake of one man's death, people on the internet have indulged their worst instincts, although what's worse is that this time, they might have a point.

QuadrigaCX was one of Canada's largest Bitcoin exchanges, controlling assets believed to be worth around $200 million CAD. Unfortunately, Gerald Cotten, its co-founder and CEO, passed away in December 2018. Cotten was the only one who could access the company funds, leaving it unable to pay its creditors.

The simplest answer to this is that Cotten, a 30-year-old with a bachelor's degree in business administration, was not a suitable leader for a bank. His naivety, combined with the relative ease of running a crypto business, meant he didn't think about better protections. And in the unfortunate event of his passing, the fortune was lost.

On the other hand, regulations for exchanges are still nascent. With cryptocurrency, it's still a wild west out there. And it's not hard to see the seductive power of all that cash flowing through your company. If you at a relatively young age were running your own bank and saw millions or hundreds of millions in its coffers, could you resist temptation?

According to public documents, Cotten died on December 9th, 2018, as the result of complications from Crohn's disease. The death was recorded at a hospital in Jaipur, India, where Cotten and his wife were opening an orphanage. His death certificate was recorded by officials in Jaipur and was subsequently confirmed to CoinDesk by the Canadian diplomatic service and affirmed by reporters from The London Times. 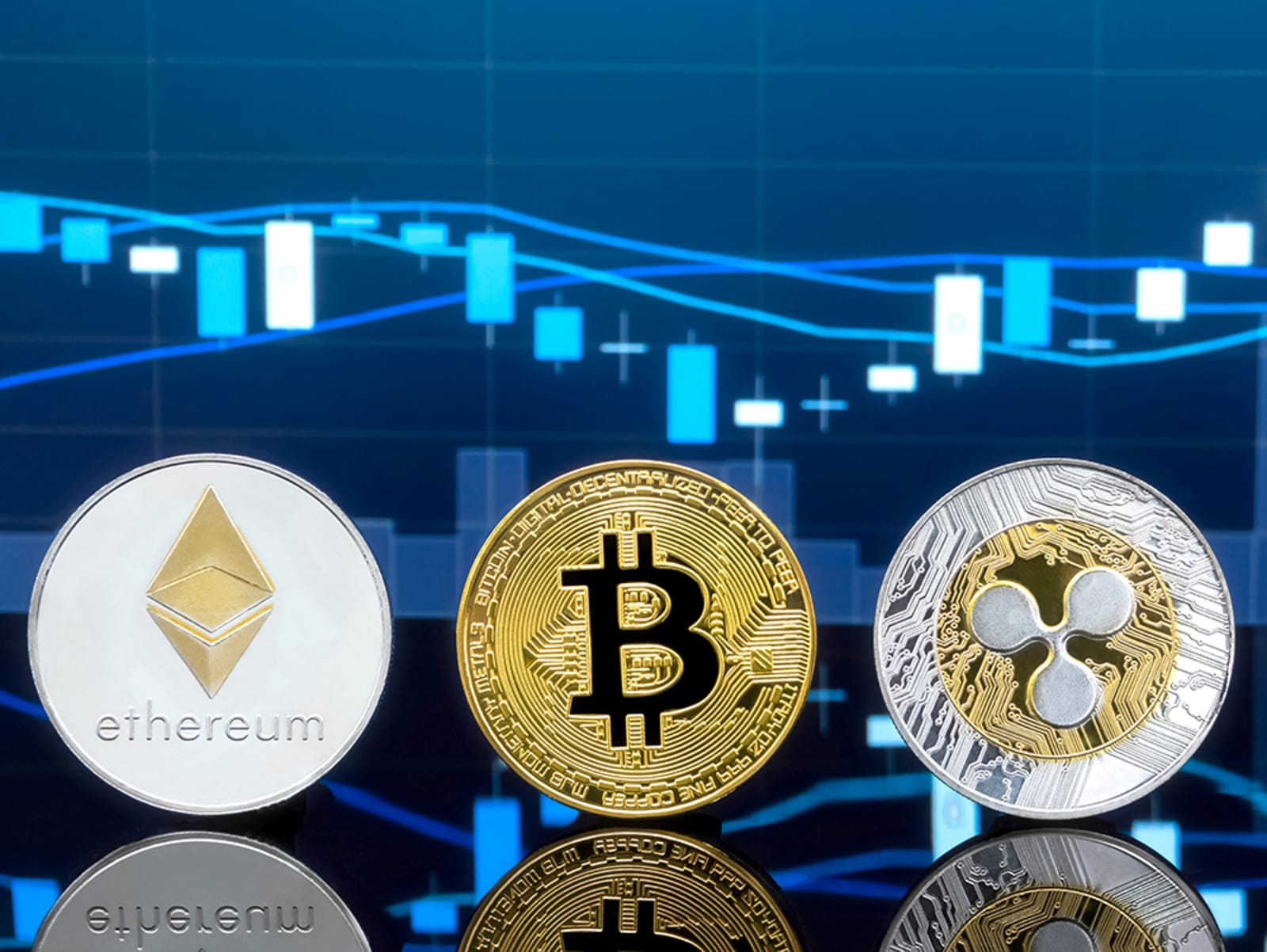 QuadrigaCX's customers, however, were not informed about Cotten's death until mid-January, long after his funeral. Cotten's widow, Jennifer Robertson, said the company would "carry on" with the business in the wake of the death. But shortly afterward, Robertson said the bulk of QuadrigaCX's funds were unavailable and may never be recovered.

Robertson explained that the majority of QuadrigaCX's funds were held in cold wallets, a form of offline digital storage for the cryptocurrency. Unfortunately, she added, Cotten held the only passwords to the wallets, and that information had been lost when he died. That meant that around 115,000 people would be left without their share of deposits reportedly worth, in total, $200 million CAD.

Those deposit holders and interested third parties began a forensic analysis of QuadrigaCX to determine what the hell was going on. It didn't take long before several suspicious details began to shake loose, raising more questions than answers. Less than a month before he died, Cotten wrote a will assigning his fortune -- including a number of properties, an airplane and a yacht -- to Robertson.

Cotten made a specific provision in his will for his pair of dogs, should Roberson not survive him. In that circumstance, his assets were to be distributed to the couple's family and a $100,000 CAD trust set up to provide for their two chihuahuas. It's the sort of extravagance that has led one Twitter user to call QuadrigaCX an "#exitscam."

Journalist Amy Castor has written a series of extensive reports about the state of QuadrigaCX and its finances. "It's very common for crypto exchanges to use third-party payment processors," she told Engadget, "as they often have trouble getting banking." To get around this, exchanges often employ "third-party payment processors, and stablecoins like Tether," she added.

Stablecoins are a form of cryptocurrency that is designed to be as stable and fixed as a flat currency. Historically, the paper money you hold in your hand can be exchanged upon request for its equivalent value in gold at a central bank. Stablecoins, in theory, operate the same way, and for every $1 of Tether in circulation, there should be a real $1 that can be redeemed. It's not clear if Tether is backed in this manner or what would happen if there was a run on it.

On Reddit, a QuadrigaCX representative using the official account spoke openly about the creation of Quadriga Bucks as a way of getting around bank regulations. This mishmash of payment processors, third-party bank accounts and invented currencies did, however, raise the ire of banks. Many financial institutions are obliged by law to prevent money laundering, and QuadrigaCX's business aroused suspicion.

In January 2018, the Canadian Imperial Bank of Commerce froze an account controlled by QuadrigaCX that held around $26 million CAD. The freeze caused disruptions with the company's liquidity, meaning it couldn't easily pay creditors on time. According to The Times, the bank attempted to reach out to Cotten to resolve the situation but never received a response. A lengthy courtroom battle for control of the money would ensue, running until December 2018.

Internet sleuths and journalists also had plenty of interest in another QuadrigaCX figure, co-founder Michael Patryn. A Reddit post from January 3rd, 2018, seems to imply that "Patryn" was one of several aliases (including Omar Patryn) of convicted felon Omar Dhanani. Dhanani was a member of Shadowcrew, an early online identity theft group. In 2004, the US Secret Service would shut down the group and arrest Dhanani, who spent 18 months in federal prison. He was arrested shortly after leaving prison on charges of burglary and theft and was deported back to Canada.

At the time, QuadrigaCX said the alleged connection between Patryn and Dhanani was "hypothetical nonsense," and Patryn further denied the accusation to CBC. Canada's Globe and Mail, however, dug into the allegations and believes that Patryn and Dhanani are the same person. At the end of February, it wrote that it had uncovered numerous documents that link the two identities. Previously, the same paper revealed that Patryn had engaged the services of a reputation-management agency to remove unflattering coverage. It's a fact that Patryn denies, and QuadrigaCX said again on Reddit that he was no longer with the company as of 2016. 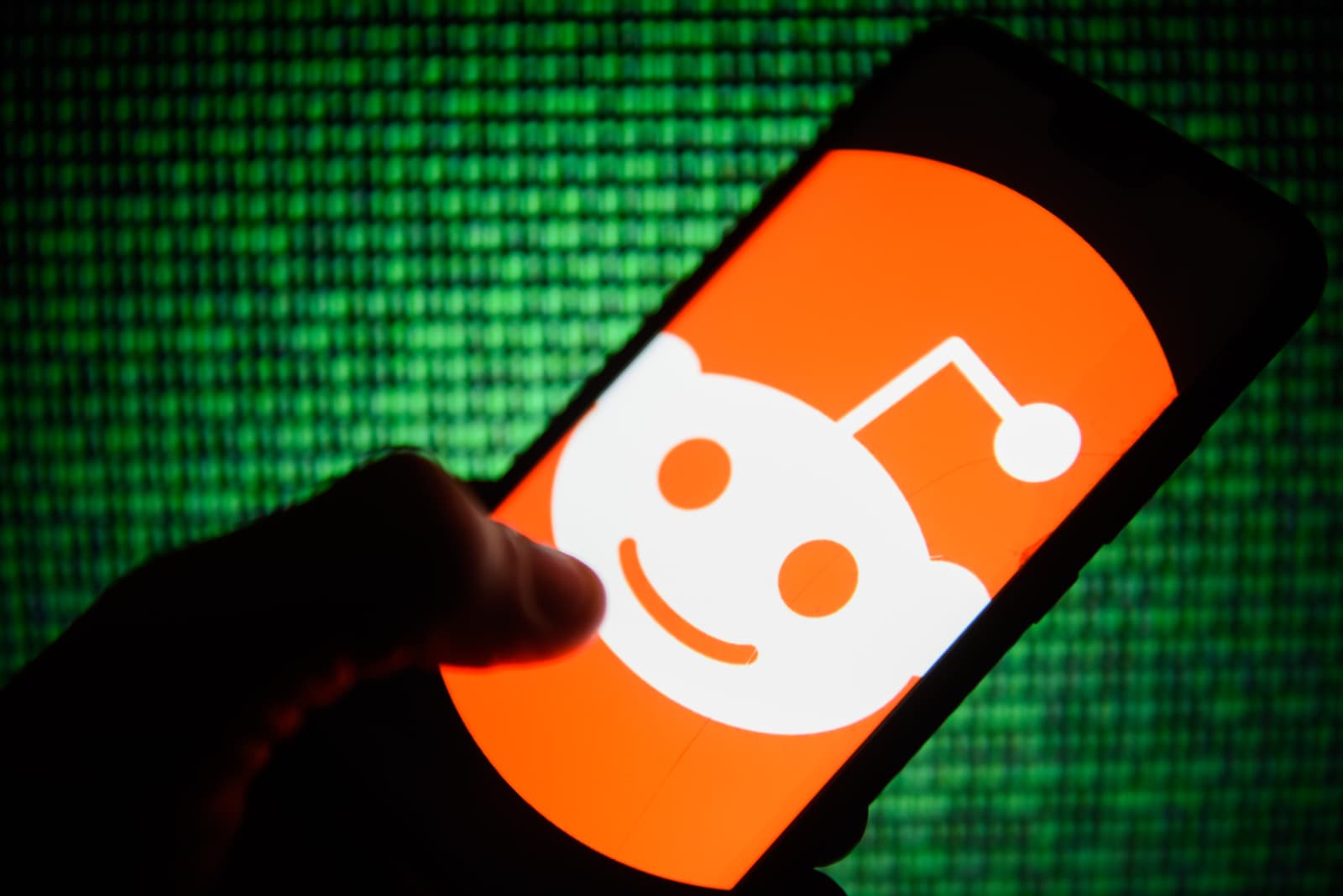 As QuadrigaCX began to unravel, James Edwards, editor of crypto research and consulting platform ZeroNoncense, worked with fellow Redditors to examine the company's blockchain history. His conclusions were that the company had no "identifiable cold wallet reserves," and "never held a substantial amount of capital." In essence, Edwards said QuadrigaCX never had the money to satisfy its depositors.

From the available evidence, Edwards concluded that QuadrigaCX was "effectively operating a shell exchange or a Ponzi." It adds credence to the theory that withdrawals took a long time to be processed because money was being pushed around from different wallets. In addition, the report suggests that the cold wallets -- the ones thought locked since Cotten's passing -- were in active use.

It's a point Wired also made, saying that auditors now believe the company's cold wallets are empty. Chris Stokel-Walker wrote that "cryptocurrency people trusted Cotten to keep safe wasn't where he said it would be while he was alive, and no-one knows where it is now."

Castor believes the timing of Cotten's death may be important, beyond the writing of his will. "There is clear evidence that QuadrigaCX was in trouble at the time Cotten died," she said, noting the fall in Bitcoin's value. At the start of November 2018, the price of BTC was around $6,500, but it had fallen closer to $3,500 in the following month.

"If you're running a crypto exchange and you have leverage -- you're taking loans against your own exchange or trading your customer's Bitcoin -- then you're in trouble." Castor also said there was no way of knowing if QuadrigaCX had enough cash on hand to fully repay all those people holding Quadriga Bucks.

Now the Royal Canadian Mounted Police and the FBI have gotten involved with the investigation, according to a report by Fortune. If accurate, it's likely that officials will look into both QuadrigaCX's operation and the circumstances of Cotten's death. And, hopefully, some element of this story will have a satisfactory conclusion.

The fact that QuadrigaCX and so many other exchanges have collapsed is, in fact, a feature of Bitcoin rather than a bug. In the original white paper, Satoshi Nakamoto designed a system that intentionally bypasses well-regulated third parties like banks. People were encouraged not to trust in laws or people but in math for their security. People were not meant to use third parties to store their wealth either. Each individual was solely responsible for their money.

This deliberate lack of protection for ordinary users meant that anyone could set up their own bank, no matter how unsuitable they were. The risks were inherent in the system, and yet people trusted their cash with them as a matter of course. This has lead to large sums of money being put at risk due to greed, amateurism or a mixture of both.

In this article: Bitcoin, Canada, cybercurrency, Exchange, gear, Gerald Cotten, internet, Manhunt, QuadrigaCX
All products recommended by Engadget are selected by our editorial team, independent of our parent company. Some of our stories include affiliate links. If you buy something through one of these links, we may earn an affiliate commission.