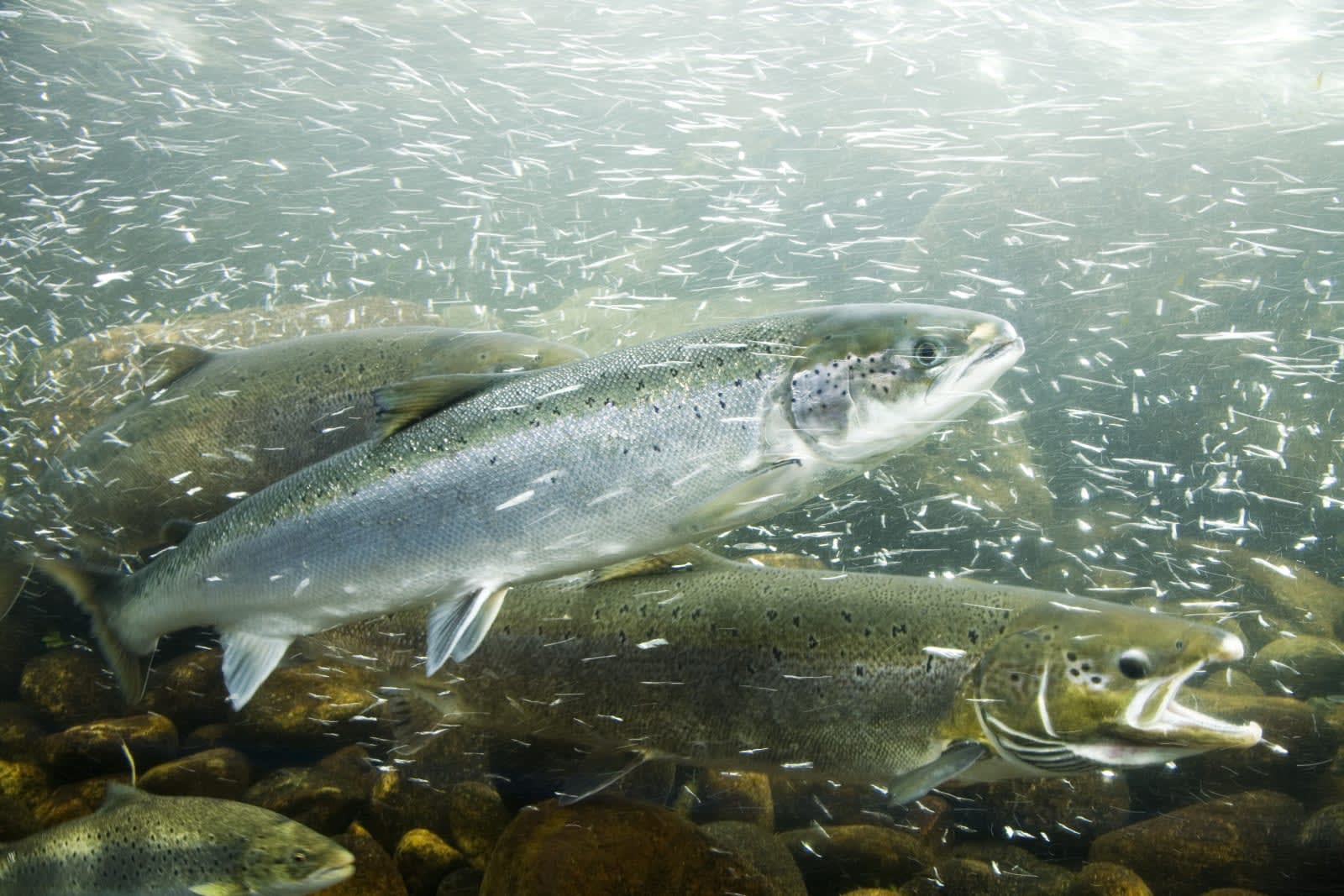 Genetically modified fish are about to become more of a practical reality in the US. The Food and Drug Administration has lifted an import alert on AquaBounty's genetically modified AquAdvantage salmon eggs, allowing the fish to reach the US over three years after they received initial approval. Congress told the FDA in 2016 to block modified salmon until it issued labeling guidelines, and the Administration believes Congress' newly-enacted National Bioengineered Food Disclosure Standard meets that criteria.

FDA Commissioner Scott Gottlieb stressed that the genetic changes had been deemed safe for the animal, safe to eat and wouldn't have a "significant" impact on the environment. AquaBounty's modifications use DNA from other fish to grow salmon at a faster rate, raising concerns about contamination. However, they're also bred to be female and sterile, theoretically eliminating he possibility that they'll breed with wild salmon.

The salmon will take a while to reach the market if everything goes according to plan. Aquabounty chief Sylvia Wulf told the AP she expected certification for an Indiana growing facility in "weeks" and could receive eggs soon afterward, but it would take about 18 months for the salmon to reach their target weight.

Whether or not that happens still isn't completely certain. An alliance of public interest, environmental and pro-fishing groups is in the midst of suing the FDA to overturn the approval on safety grounds. Groups like the Center for Food Safety have argued that regulators haven't properly assessed the ecological and health risks of the salmon, and have pointed to problems with AquaBounty's environmental record. If those objections hold in court, the FDA and AquaBounty could go back to square one.

Via: AP (Phys.org)
Source: FDA
In this article: aquabounty, aquadvantage, dna, fda, fish, food, food and drink, food-and-drink, foodanddrink, genetic engineering, genetically modified, GeneticallyModified, geneticengineering, genetics, regulation, salmon, science
All products recommended by Engadget are selected by our editorial team, independent of our parent company. Some of our stories include affiliate links. If you buy something through one of these links, we may earn an affiliate commission.