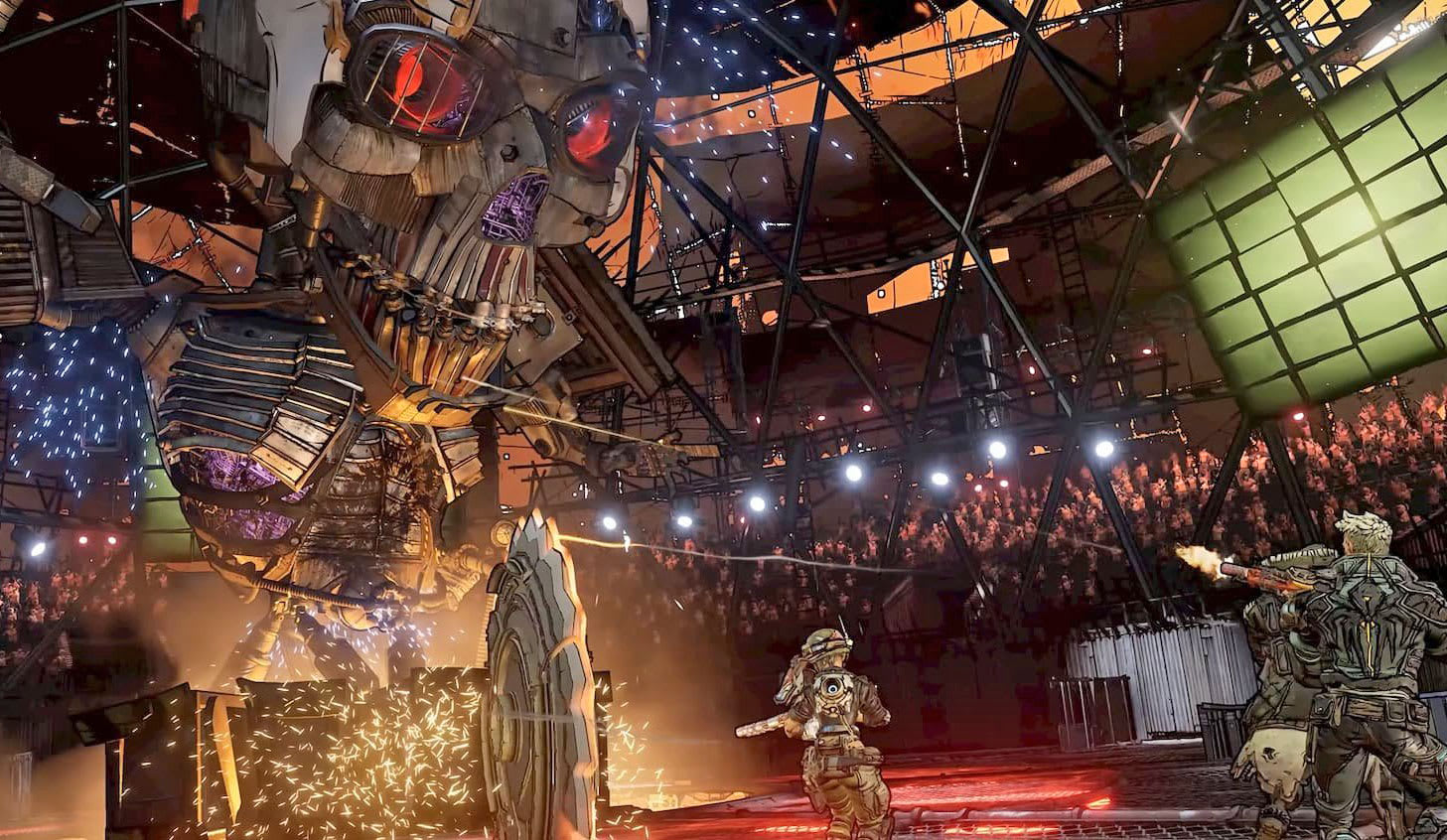 After several teasers over the last few weeks, Gearbox Software officially revealed Borderlands 3 at Pax East. The first trailer reveals the long-awaited sequel will include over a billion guns (including some with legs), plenty of familiar faces (such as a saxophone-playing Brick and Tiny Tina) and some new characters. It also showcases a number of locations, including a swamp, desert and city full of highrise buildings, as well as plenty of enemies for you to take down.

Gearbox didn't reveal a release date or which platforms Borderlands 3 will be available on. However, it promised to reveal more details about the latest entry in its RPG/shooter series on April 3rd.

Meanwhile, the Borderlands: The Handsome Collection bundle is getting a 4K update on April 3rd, and a Borderlands: Game of the Year edition arrives the same day on PC, PS4 and Xbox One. If that's not enough of a Borderlands fix for you, Gearbox also revealed a $20 card game called Borderlands: Tiny Tina's Robot Tea Party, while there's a free DLC update on the way for Borderlands 2 VR this summer.

There's a lot of CL4P-TP parts just laying around here. Those at PAX can grab Tiny Tina's Robot Tea Party available TODAY at Booth 24110, or online at https://t.co/pgPGHnIZrF! #PAXEast pic.twitter.com/6YsXSVtdyp

Source: Gearbox (YouTube)
In this article: av, borderlands, borderlands 3, borderlands3, games, gaming, gearbox, gearbox software, pax east, pax east 2019, paxeast, paxeast2019, teaser, video, video games
All products recommended by Engadget are selected by our editorial team, independent of our parent company. Some of our stories include affiliate links. If you buy something through one of these links, we may earn an affiliate commission.