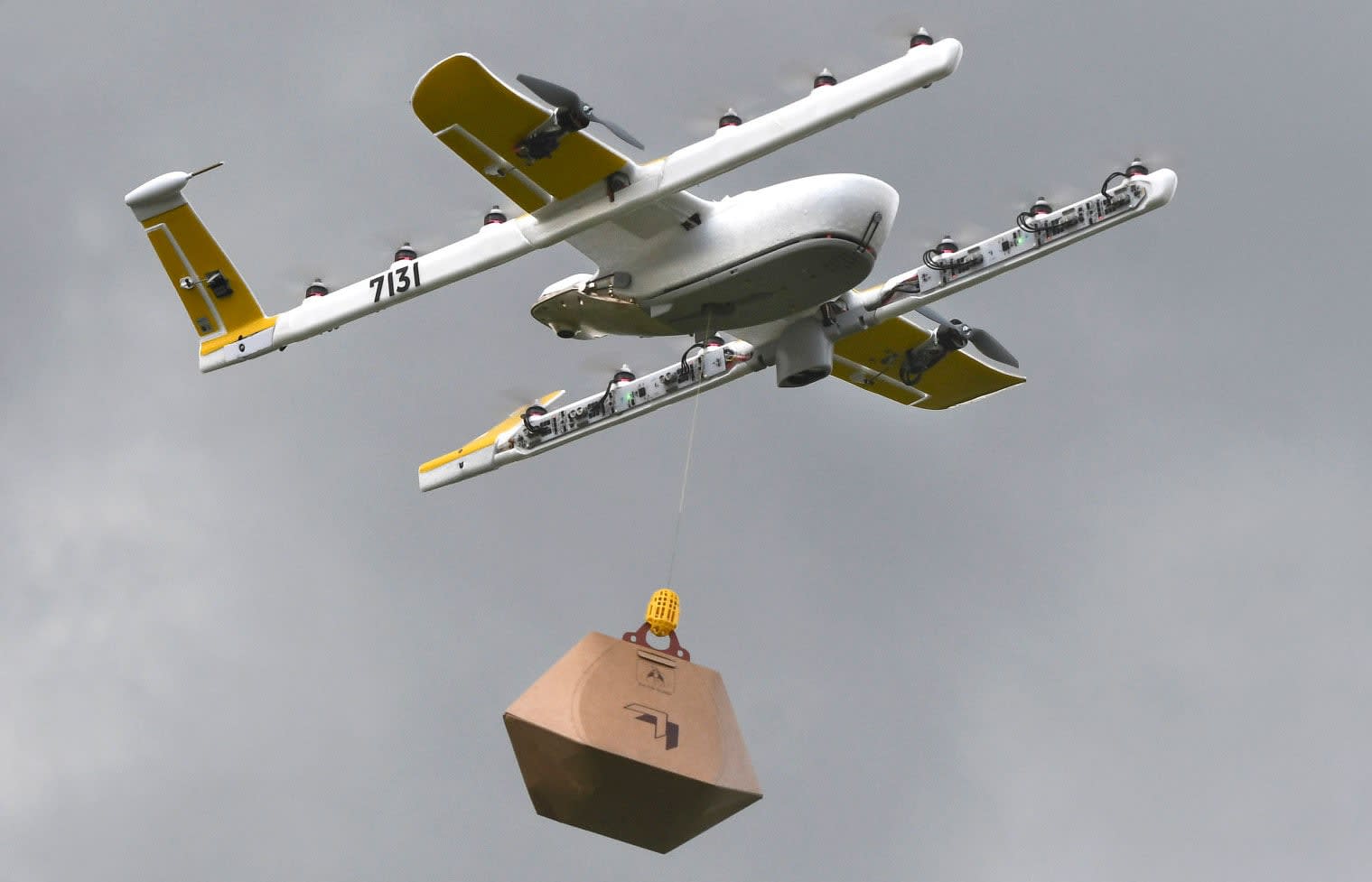 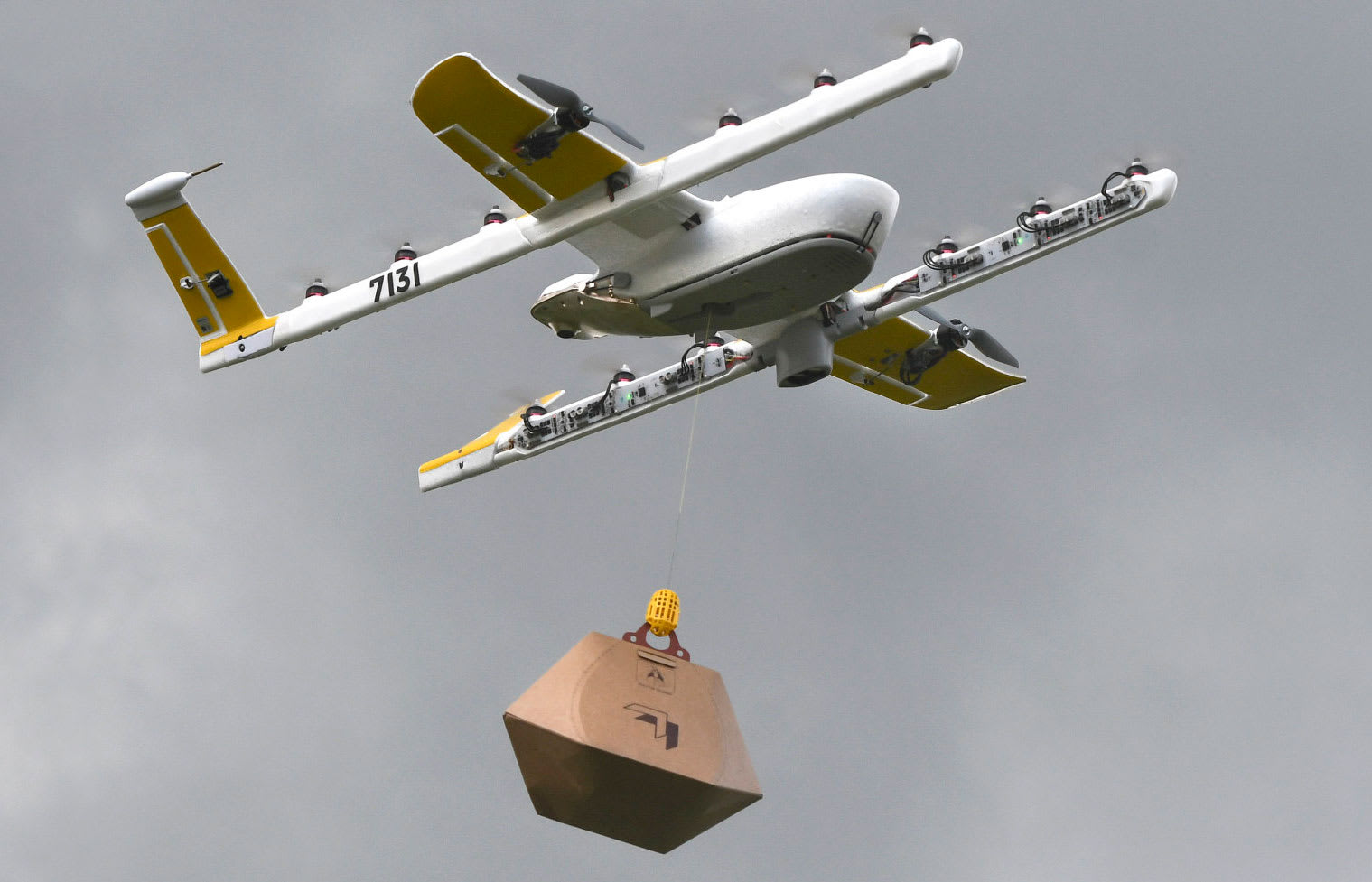 After months of testing, Alphabet's Wing division is launching a drone delivery service in Australia. It will cover roughly 100 homes in the suburbs of Crace, Palmerston and Franklin, just outside the capital city of Canberra. Customers will be able to request small goods, such as medicine, coffee and groceries, from a range of local businesses including Kickstart Expresso, Capital Chemist, Pure Gelato, Jasper + Myrtle, Bakers Delight, Guzman Y Gomez, and Drummond Golf. Wing says it will slowly expand to more neighborhoods "in the coming weeks and months" and "connect with more local businesses" to expand the products that are available to order.

It's a huge moment for Wing. The team, which started as a massively-ambitious "moonshot" project inside X (then called Google X) has been testing drones in Australia since 2014. The company had planned to launch a commercial service in 2017, but clearly fell short. Instead, Wing teamed up with Mexican food chain Guzman Y Gomez and pharmaceutical retailer Chemist Warehouse for some advanced trials in October 2017. Since then, Wing has delivered 3,000 packages to homes in Fernleigh Park, Royalla and Bonython -- three communities just south of Canberra, close to the border between Australia Capital Territory and New South Wales.

The service was approved by the Australian government's Civil Aviation Safety Authority (CASA). Under the permit, Wing is barred from flying its drones before 7AM between Monday and Saturday and 8AM on Sundays and public holidays. The company can fly over houses but must avoid major roads such as the Barton Highway, Federal Highway and Horse Park Drive. Crucially, though, Wing is allowed to pilot its drones five meters above and two meters to the side of people while making deliveries -- a dramatically shorter distance than the typical 30-meter rule in Australia.

Peter Gibson, a spokesperson for CASA, said the regulator had "carefully assessed" Wing's previous trials before approving its service in Canberra. "All those safety issues have been assessed so there are no risks to people on the ground, property or aircraft in the sky," he told the Guardian.

Wing is now preparing to launch a trial service in Helsinki, Finland. The company, like Waymo -- an Alphabet company dedicated to self-driving cars -- is keen to prove that its "moonshot" ambitions can be turned into a sustainable business. Both teams have small, commercially-available services -- now they have to prove that people actually want to use them.

Source: Medium (Wing), The Guardian
In this article: Alphabet, Australia, business, Canberra, Drone, Drone delivery, Drones, google, robots, tomorrow, Wing
All products recommended by Engadget are selected by our editorial team, independent of our parent company. Some of our stories include affiliate links. If you buy something through one of these links, we may earn an affiliate commission.