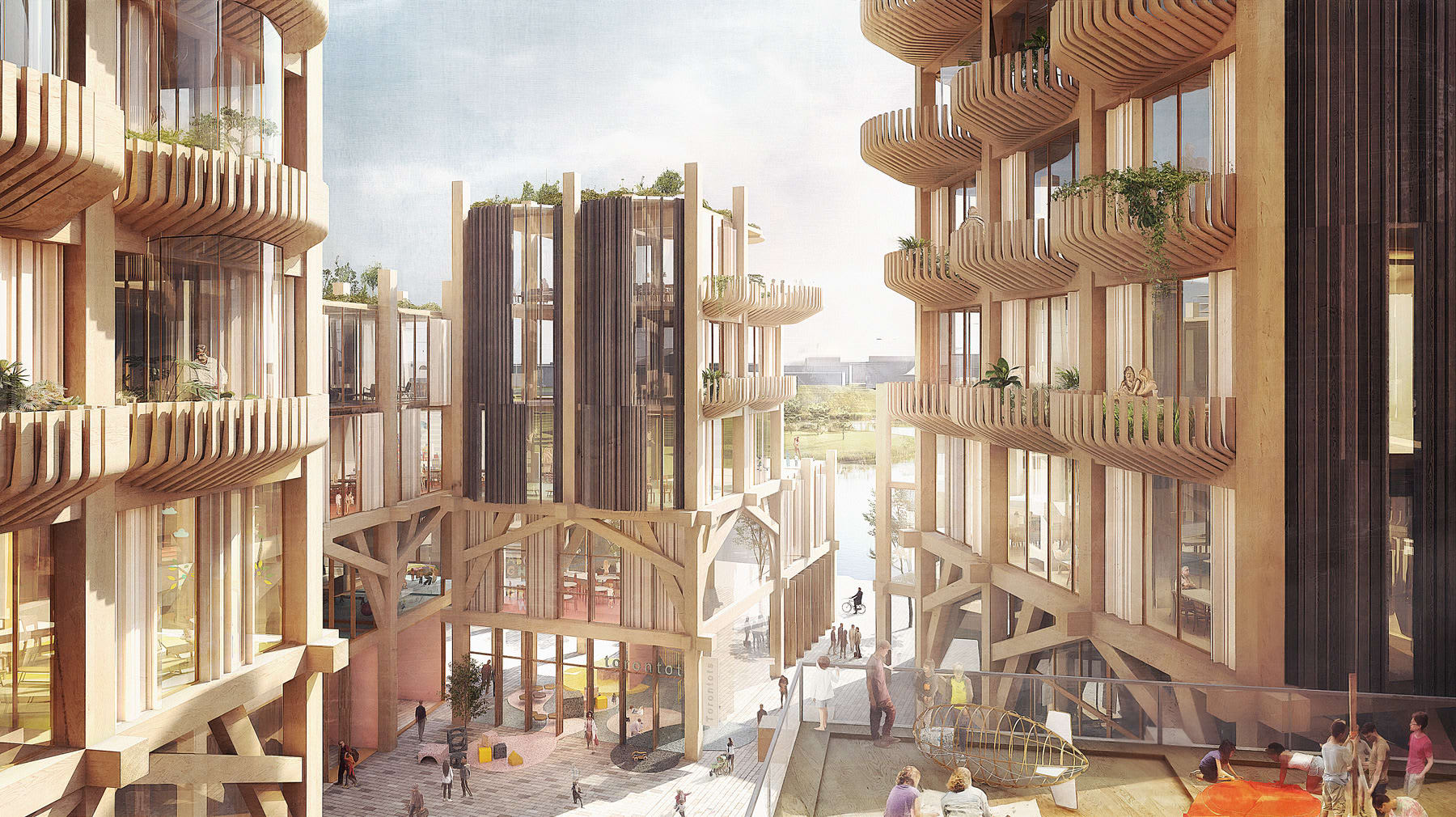 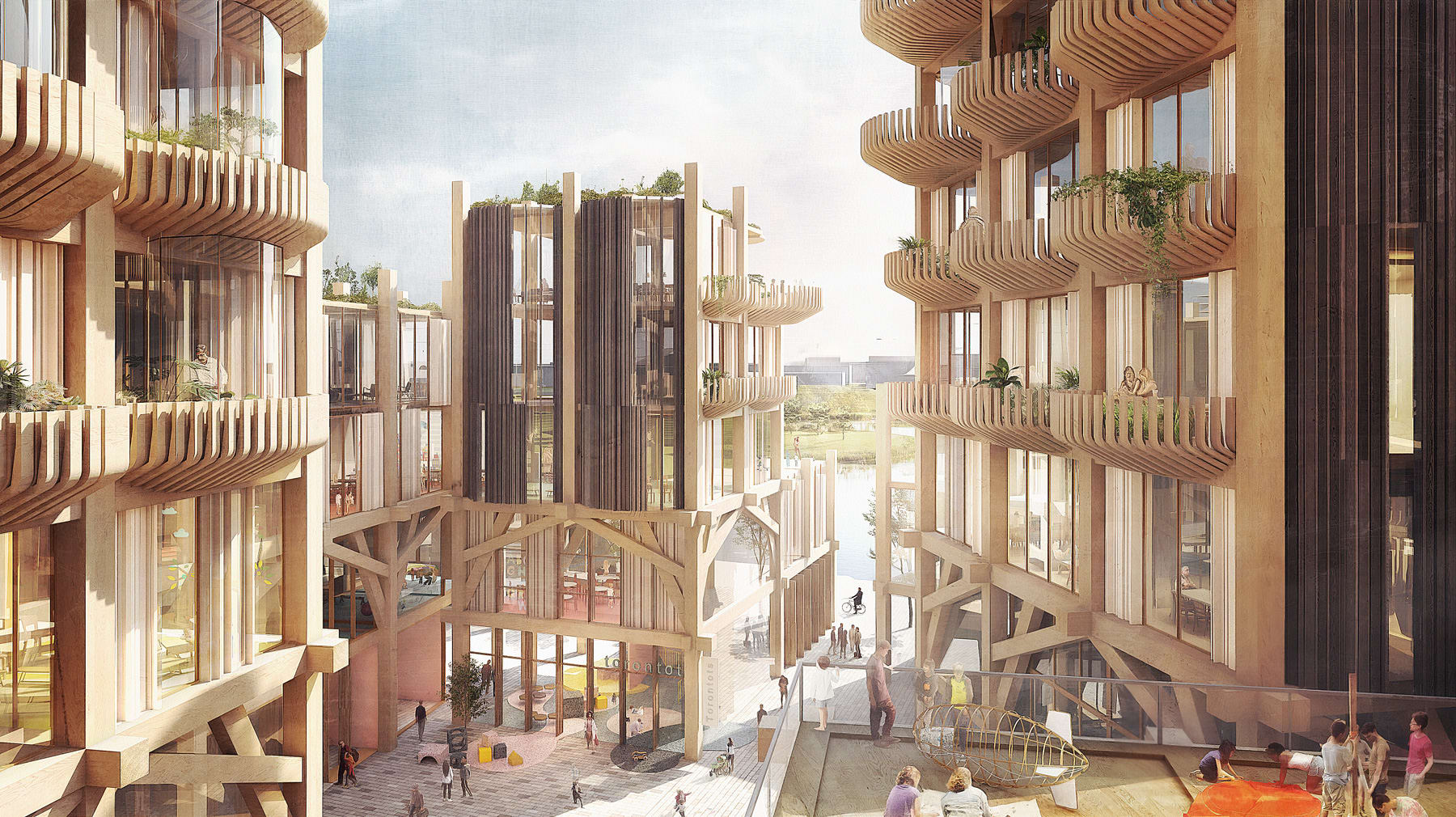 The Canadian Civil Liberties Association (CCLA) is suing three levels of government and Waterfront Toronto, a publicly-funded organization, over a planned smart neighborhood in Quayside. The suit claims that two legal agreements drawn up between Waterfront Toronto and Sidewalk Labs, an offshoot of Google's parent company Alphabet, violate the personal and collective privacy rights of Canadian citizens. "The Google-Waterfront Toronto deal is invalid and needs to be reset," Michael Bryant, Executive Director and General Counsel for the CCLA said during a press conference yesterday. "These agreements are contrary to administrative and constitutional law, and set a terrible precedent for the rest of this country."

Sidewalk Labs won the Quayside project through an RFP (request for proposal) in October 2017. Or, to be more specific -- the company won the right to develop a Master Innovation and Development Plan (MIDP) that will be debated and voted on by the public and Canadian government. The Alphabet subsidiary has some bold ideas that include timber buildings, a flexible thermal grid and subterranean tunnels for deliveries and garbage disposal. It's spent the last 18 months researching the feasibility of these features, consulting with experts and gathering feedback from local residents. The first version of the MIDP, however, is yet to materialize. 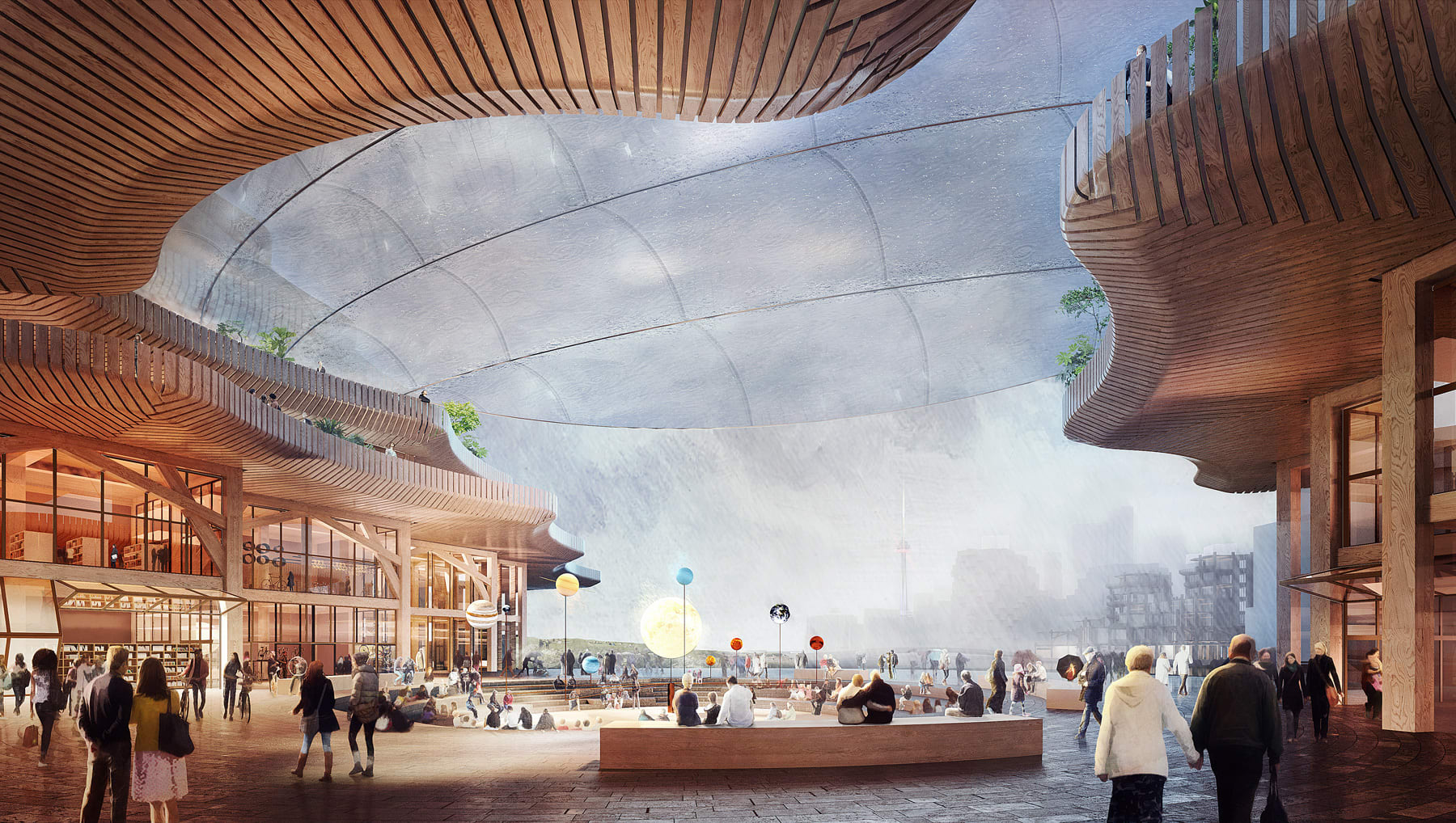 Many citizens are worried about the potential privacy implications inside Quayside. Sidewalk Labs has tried to reassure them with "privacy by design," a set of principles written by cybersecurity expert Ann Cavoukian, and an independent "Civic Data Trust" that would manage and ultimately approve any data collection inside Quayside. Not everyone is convinced, though. "Canada is not Google's lab rat," Bryant said. "We can do better. Our freedom from unlawful public surveillance is worth fighting for."

In its lawsuit, the CCLA argues that Sidewalk Labs has been encouraged to develop "historically unprecedented, non-consensual, inappropriate mass-capture surveillance and commoditization of personal data of individuals who work live in, work in or visit Quayside." It believes that Waterfront Toronto doesn't have the power to create, or delegate to Sidewalk Labs, any policy related to digital data governance. Nothing should be implemented, the CCLA continues, until all three levels of the Canadian government have created new, robust legislation for urban data collection.

In a statement, Waterfront Toronto emphasized that the MIDP hasn't been published and shouldn't be judged prematurely. "Waterfront Toronto has not received a plan from Sidewalk Labs, its Innovation and Funding Partner for Quayside," the organization said. "Therefore, none of the claims in the CCLA Application can be assessed yet because we have not yet received or considered [the] Master Innovation and Development Plan." 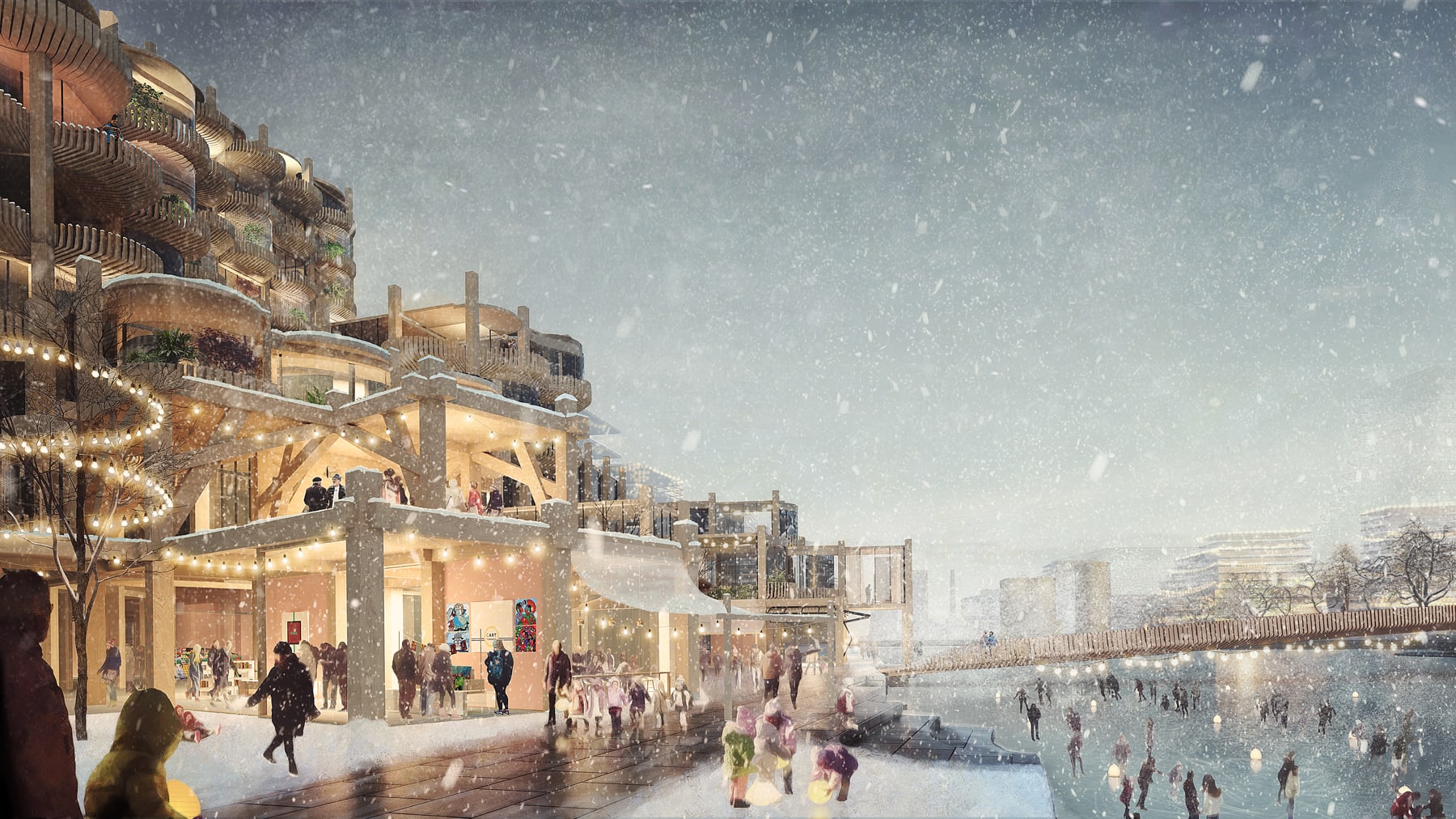 Keerthana Rang, a spokesperson for Sidewalk Labs, said the CCLA had mischaracterized the company and its stance on urban data collection. "We've been clear we will not own, sell or store any data," she said in a statement. "Instead, we have proposed setting a new global standard for responsible data use by creating an independent data trust. This organization would be run by an independent third party in partnership with the government and ensure urban data is only used in ways that benefit the community, protect privacy, and spur innovation and investment. This independent body would have full oversight."

Sidewalk Labs is also facing resistance from a protest group called #BlockSidewalk. Members formally launched the campaign at a press conference earlier this month, urging for greater transparency and a procedural "reset." Julie Beddoes, a waterfront resident and #BlockSidewalk supporter, told reporters at city hall: "In Toronto, [Sidewalk Labs] is aiming to take over the functions of government -- do we really need a coup d'état to get transit and nice paving stones?" 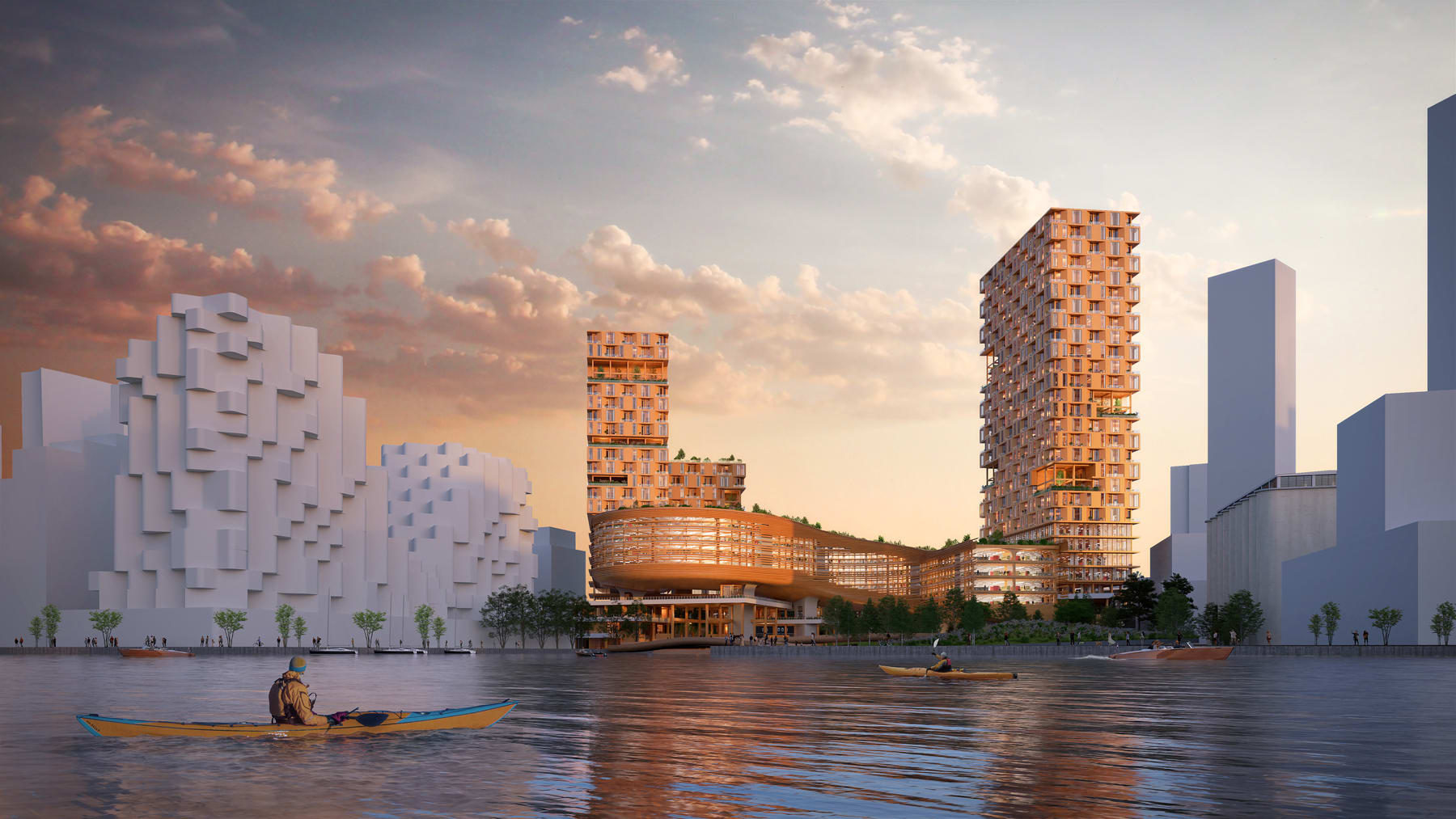 The Alphabet off-shoot is confident, however, that the MIDP will over critics. "Any project that seeks to break new ground, and particularly, is committed to reaching out and getting people's feedback before everything is clear, is going to be a natural recipient of concern and criticisms," Doctoroff said during a session with Canada's Standing Committee on Access to Information, Privacy and Ethics. "And, to be perfectly honest, we welcome the concern and criticism because we believe very strongly that it makes us smarter and more sensitive, and makes the plans better."

The MIDP is due this spring, although the chair of Waterfront Toronto says it will likely be shared in early June. The government-funded organization has promised to publish the plan "within a week" of receiving it.

Source: CCLA
In this article: Alphabet, business, Canada, google, politics, Privacy, Quayside, security, Sidewalk Labs, TL19SMTCY, tomorrow, Toronto
All products recommended by Engadget are selected by our editorial team, independent of our parent company. Some of our stories include affiliate links. If you buy something through one of these links, we may earn an affiliate commission.