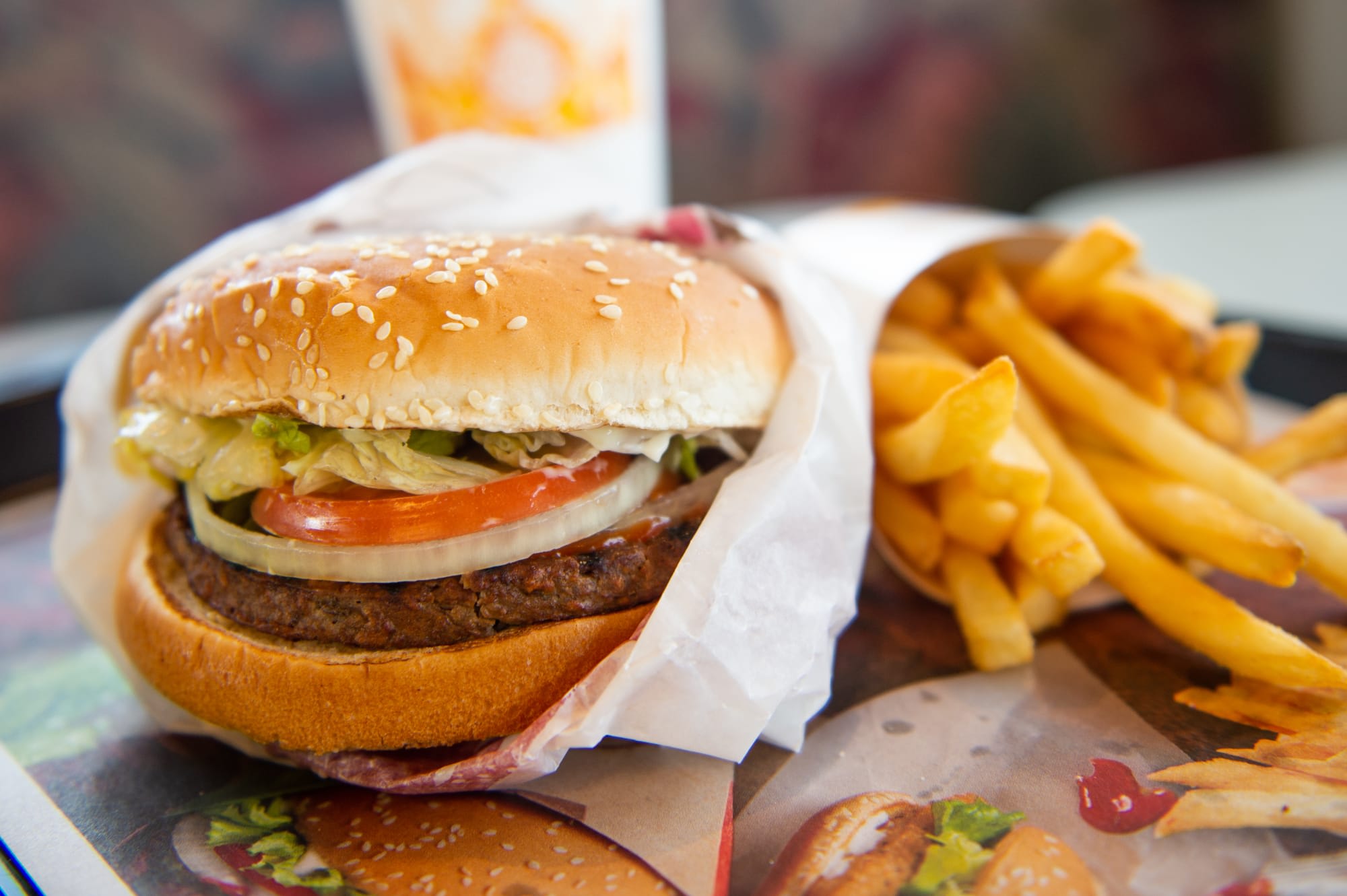 Burger King will soon make the plant-based Impossible Whopper a part of its menu nationwide. The fast food giant's trial run of the alternative meat burger in St. Louis earlier this month turned out to be a resounding success. José Cil, CEO of Burger King parent company RBI, said on an earnings call on Monday that the Impossible Burger would be sold in a few select cities this summer, and if guest reaction stays strong, expand in a nationwide launch later this year.

The union of one of America's oldest fast food chains and the relatively new fake meat startup Impossible Foods is an unlikely one, but is an indication that the American public is open to new meat alternatives. Cil said that he's tried the Impossible Burger several times, and isn't able to tell the difference. Crucially, the Impossible Burger seems to be attracting new customers to Burger King who normally wouldn't eat there in the first place; rather than giving usual patrons an alternative to their usual Double Quarter Pound King.

"It's really difficult to distinguish between the Impossible Whopper and the original offer. And based on guest reaction, we decided to advance our plans to expand the Impossible Whopper to select new markets this summer. And we're going to target a national rollout toward the end of the year, if guest reaction continues to remain as strong as we've seen in St Louis," said Cil on the call.

It's a safe bet that curiosity over the Impossible Burger won't die down--at least initially. Widespread concern over the health and environmental impacts of meat has increased sales of fake and plant-based meat alternatives around the globe. The alternative meat market was estimated to be worth $4.63 billion in 2018. Unlike the veggie patties most American consumers are familiar with, alternative meats like those sold by Impossible Meat and Beyond Meat claim to be indistinguishable from actual meat. Our editors tried version 2.0 of the Impossible Burger in January, and reactions were generally positive. Burger King won't be the first fast food chain to offer a fake meat burger; White Castle added an Impossible Slider to its menus last September. More than 5,000 restaurants, including Red Robin and Hard Rock Cafe, have a menu item with Impossible Meat.

Source: Burger King
In this article: alternative meat, Burger King, food and drink, food-and-drink, foodanddrink, impossible burger, thebuyersguide, tomorrow
All products recommended by Engadget are selected by our editorial team, independent of our parent company. Some of our stories include affiliate links. If you buy something through one of these links, we may earn an affiliate commission.