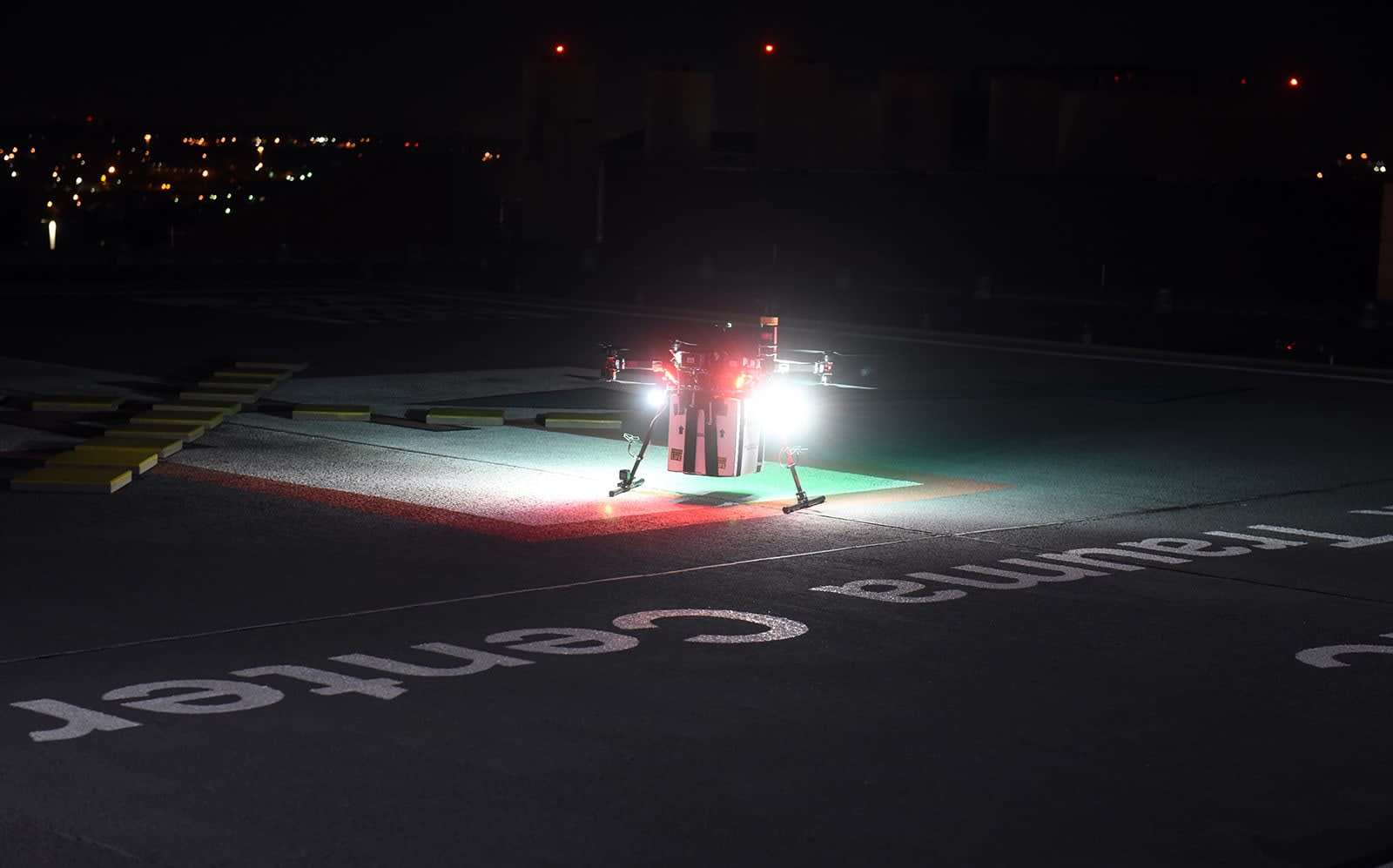 For the first time, a drone has delivered a kidney to a transplant patient who had waited eight years for a donor. The organ was carried on a short, 10 minute, 2.7 mile test flight from Baltimore's St. Agnes Hospital to the University of Maryland (UMD) medical center, and successfully transplanted a few hours after the delivery. "There's a larger purpose at stake," said UMD engineering dean Darryll J. Pines. "It's ultimately not about the technology; it's about enhancing human life."

The project was created by Dr. Joseph R. Scalea, who also did the transplant procedure. He told the NY Times that he launched the venture with aviation and engineering experts from UMD after experiencing numerous organ delivery delays. In one case, an organ took 29 hours to arrive, and "had I put that in at nine hours, the patient would probably have another several years of life," he said. "Why can't we get that right?"

The recipient, Baltimore nursing assistant Trina Glispy, was starting to lose hope that a suitable donor organ would ever be found, but was discharged from the hospital last week. "This whole thing is amazing," she told UMD. "Years ago, this was not something that you would think about."

While it might seem reckless to do a test with a live organ, UMD carried out 44 test flights over 700 hours and took every possible precaution. "We built in a lot of redundancies, because we want to do everything possible to protect the payload," said Anthony Pucciarella, director of the UMD test operation. That included backup propellers and motors, dual batteries, a backup power distribution board, and a parachute recovery system. The team also got logistics and flight tracking support from AiRXOS, a GE Aviation division working on drone infrastructure and support services.

With all that, it may have been less risky than transporting the organ by ambulance and certainly quicker. Flying an organ by drone also offers certain advantages, like the ability to constantly monitor critical temperatures, ETAs and other statistics. "We can monitor in real time," Dr. Scalea told the NYT. "It's like Uber for organs."

Scalea notes that despite advances in organ transplant procedures, there's still a wide gap between the number of recipients on transplant waiting lists and the number of available organs. "This new technology has the potential to help widen the donor organ pool and access to transplantation," he said. "Delivering an organ from a donor to a patient is a sacred duty with many moving parts. It is critical that we find ways of doing this better."

Via: NY Times
Source: UMMS
In this article: Delivery, Drone, gear, KidneyTransplant, medicine, Organ, robots, Transplant, video
All products recommended by Engadget are selected by our editorial team, independent of our parent company. Some of our stories include affiliate links. If you buy something through one of these links, we may earn an affiliate commission.