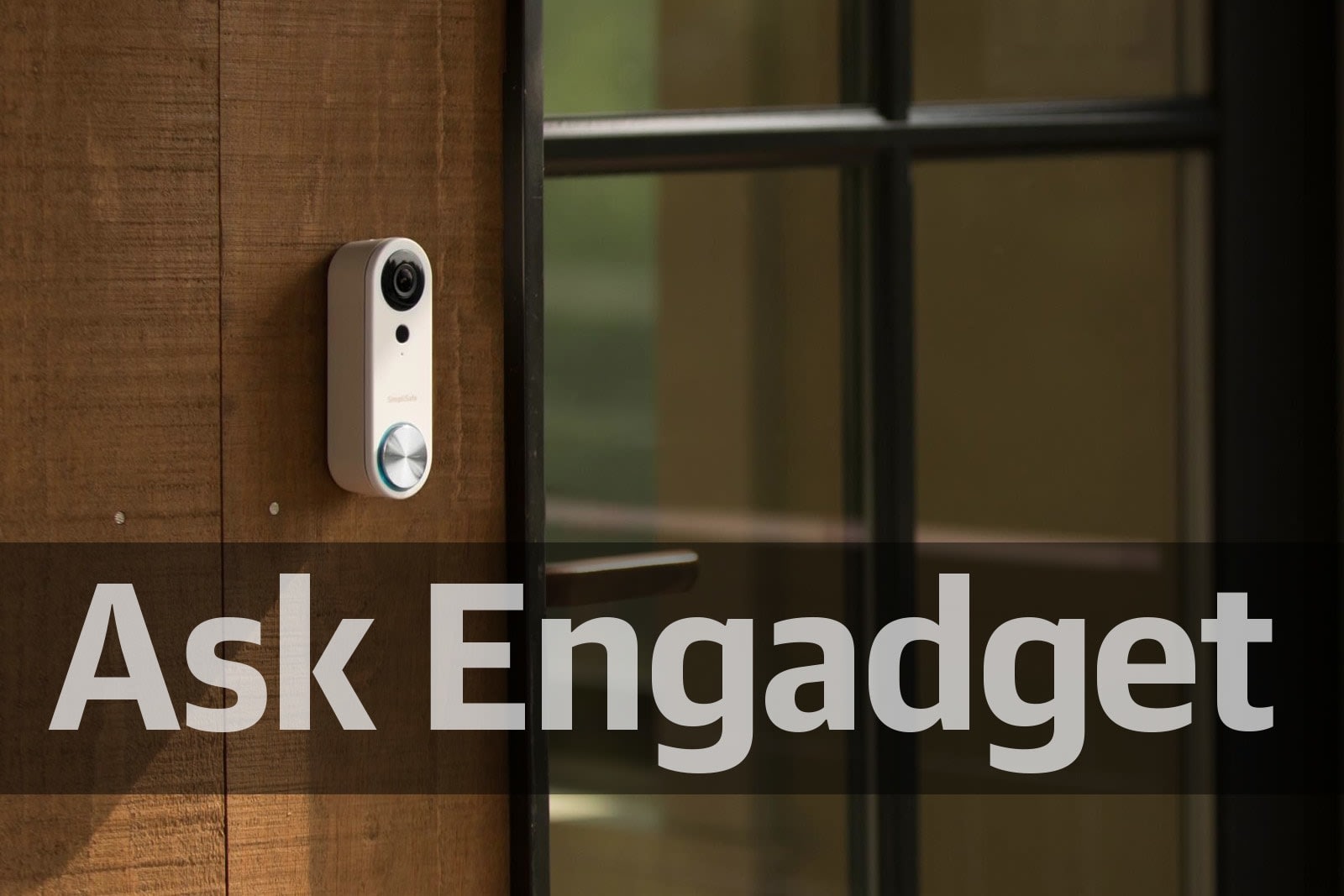 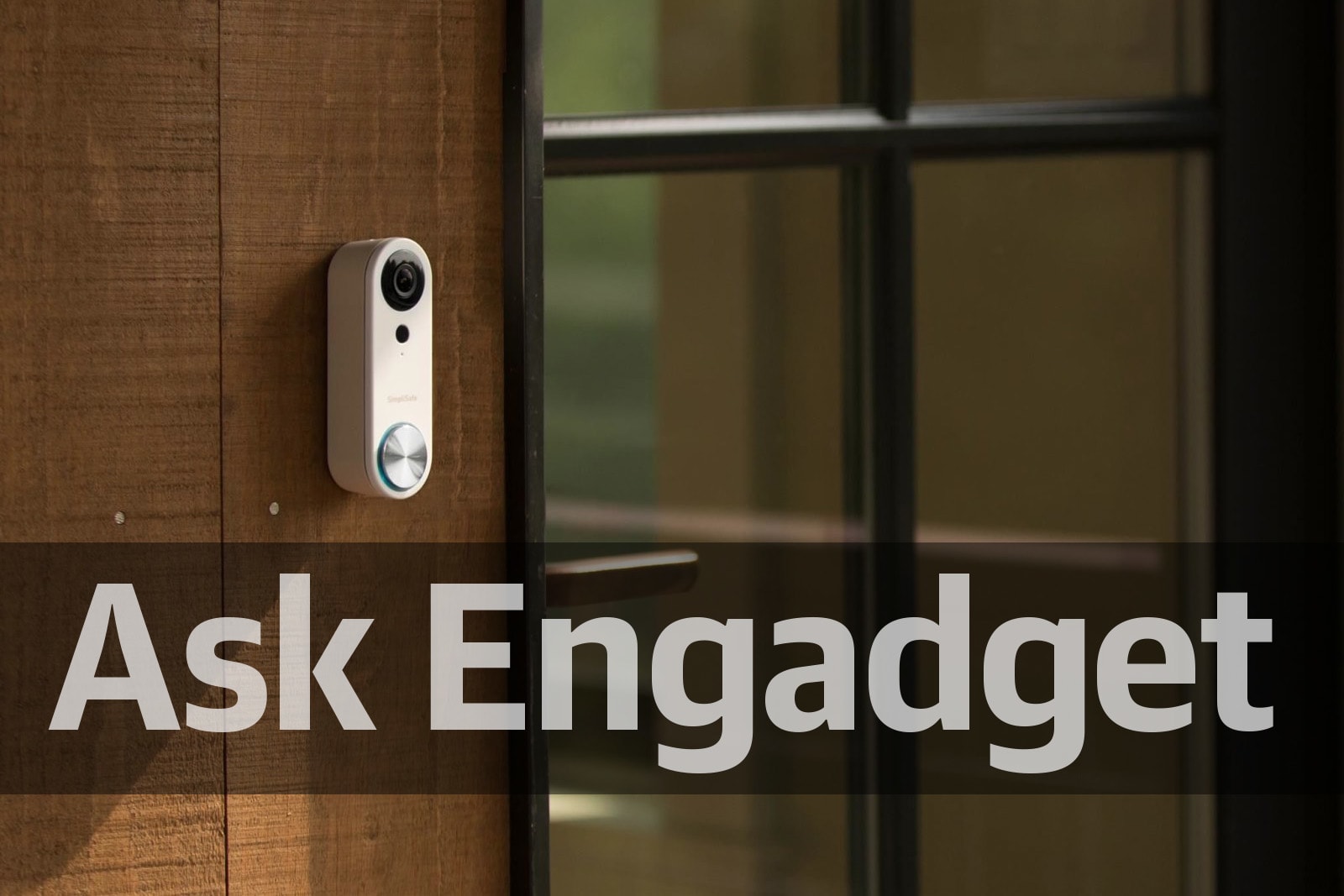 We truly value the time and detail you all spend in responding to questions from your fellow tech-obsessed commenters, which is why we've decided to bring back our "Ask Engadget" column. This week's question concerns dumb houses and smart doorbells. Weigh in with your advice in the comments -- and feel free to send your own questions along to ask@engadget.com!

My parents have an older home but really want a smart doorbell. Which ones are easy to install (and offer the best security)? As a paranoid, first-time homeowner, naturally one of the first things I purchased (even before moving in) was a Ring video doorbell. I chose the Ring based on its price point, features and the polished app interface. A few of my friends had owned Rings for a while and were happy with the experience, so I decided it was enough for me to give it a shot. Also, based on the friends I knew with them, I assumed the install couldn't be too challenging; and I was right.

Ring's app has an easy-to-follow walkthrough for whatever your application is. In our case, I was lucky in that our house had an existing, wired doorbell with a transformer, and in a relatively ideal location; right next to the door with a nice clear view of the porch. If this is the situation for your parents house, installation is very straight-forward. You simply cut the power to the existing doorbell, remove it, wire the mounting plate up to the old doorbell power wire, and then slide the Ring onto that mount. The nice thing about this option is that the Ring uses the house's existing doorbell chime and shouldn't require any charging (although I've had to top off mine periodically during the winter months).

However, some older houses -- and this could be the case with your parents' -- might lack the appropriate wiring. They could even lack wiring altogether. But the beauty of the Ring's battery back-up is that this is a non-issue. In those cases, installation is just about as easy. You won't have the wiring to worry about, but you will have to spend a little more time finding a place to mount the plate, making sure it's level, etc. But other than that, and assuming you don't have to drill into any granite walls or anything crazy, you're all set.

This will mean you have to charge the unit periodically, as it won't be drawing its power from the old doorbell wire in this case. Ring says the doorbell should last six to 12 months on a charge, depending on the amount of activity that triggers it, but take that with a grain of salt. Real-world estimates put it closer to the three-month mark, but that's still not terrible to live with, and the app will let you know when it's time to charge. Also keep in mind that if it's not wired to an existing chime, you will only get push notifications on your paired devices, but Ring will sell you a separate wireless chime, which you can plug into any standard outlet if you want something akin to a standard doorbell notification.

In either application, the Ring app does a great job walking you through the entire process and the installation is a relative snap. In terms of the application and day-to-day experience, I've also found Ring's interface to be very intuitive and customizable. I've limited the motion alert sensitivity on the Ring so as to not get false positives from passersby. But it's handy getting notifications any time we get a delivery, and it's fun to dismiss door-to-door salespeople from the comfort of the couch. The first-generation Ring is super easy to install: Just drill four holes into the wall, screw in the security plate and boom, it's on. The downside is that the build quality isn't great and it does rely upon you charging the battery regularly. The newer ones have removable batteries which make it easier to charge, and if you're halfway smart with wire, you can wire the Pro-models up to your existing door chimes with relatively little effort.

As for security, it's an Amazon company so they're not amateurs, but they did have (two!) security snafus a couple of months back so, as with all smart home products, go in knowing that it's possible that others can still access your stuff.

I think Wirecutter explains it well enough, but tl;dr: The Ring is the easiest to install but the Nest has better security. That's because the cheaper Ring models lets you install the doorbell without hooking into your house's electrical (which often requires a certified electrician to come by, and the upgraded model). The Nest Hello also requires a connection to the house's electrical system, but it does offer 24/7 monitoring, AI motion detection and facial recognition; the Ring only records when motion is detected.

In this article: Ask Engadget, AskEngadget, gadgetry, gadgets, gear, home, thebuyersguide
All products recommended by Engadget are selected by our editorial team, independent of our parent company. Some of our stories include affiliate links. If you buy something through one of these links, we may earn an affiliate commission.