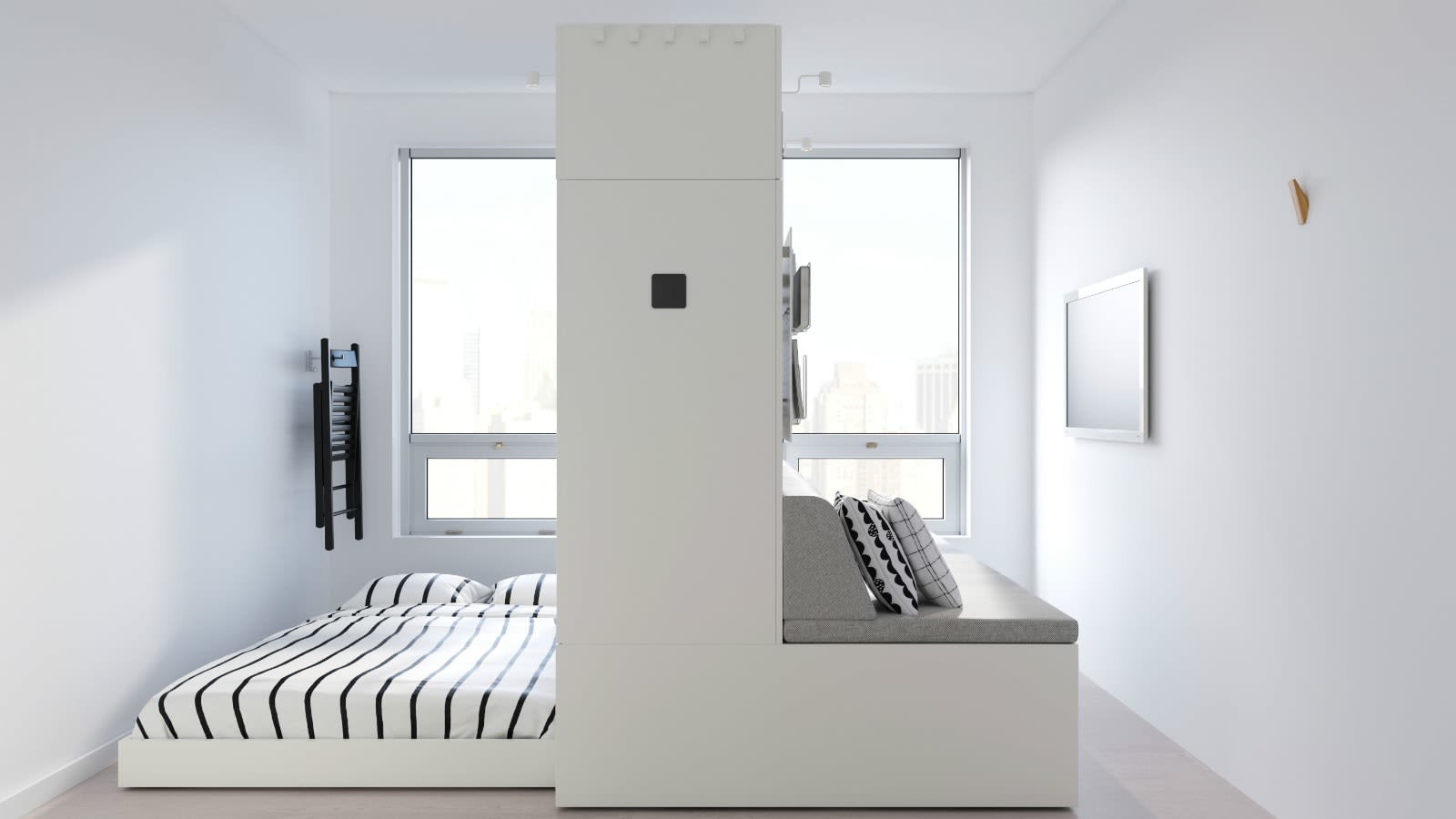 IKEA wants to "empower people to have big dreams for small homes." To do so, it's creating a line of robotic furniture. Today, the company announced that it's partnering with Ori, an American startup that develops robotic furniture meant to address the challenges of small apartment living. IKEA and Ori will introduce their new line, dubbed ROGNAN, in 2020.

While the term "robotic furniture" might conjure up sci-fi images, it will likely look more like IKEA furniture on wheels. A rendering shows what appears to be a giant wardrobe with a couch on one side and a bed on the other. With a push of a button, the bed slides under the unit and opens up floorspace. The whole unit slides back and forth on tracks, and along with plenty of storage, there's a retractable desk. In IKEA's vision, you could fit most of the essentials -- a bed, couch, desk and storage -- in roughly 10 square meters, or a little less than 115 square feet.

As more people flock to urban areas -- an estimated 1.5 million people every week -- IKEA and Ori see this as a way to make better use of limited real estate. "Urban space is too valuable and scarce to be static and unresponsive," Ori says on its website. You'll have to wait until next year to purchase any of the robotic furniture, but IKEA promises it will provide more information this summer.

IKEA presented the ROGNAN line as part of its annual Democratic Design Day. It also announced updates to its TRÅDFRI app, which will allow users to design their own lighting systems and link products together. For instance, users will be able to set the app so that when the lights go on, the blinds go up and the music starts playing. In addition, IKEA is releasing a SYMFONISK remote that will let allow users to control the music without using their phone. And as we reported this morning, IKEA working with medical wearables company UNYQ to release a line of gaming accessibility products. There are plenty of projects in the works and a clear push to make smarter products.

Source: IKEA
In this article: apartment, app, design, furniture, gear, home, ikea, lighting, ori, remote, robotic, robots, rognan, smart home, symfonisk, tomorrow, tradfri, updates, urban
All products recommended by Engadget are selected by our editorial team, independent of our parent company. Some of our stories include affiliate links. If you buy something through one of these links, we may earn an affiliate commission.