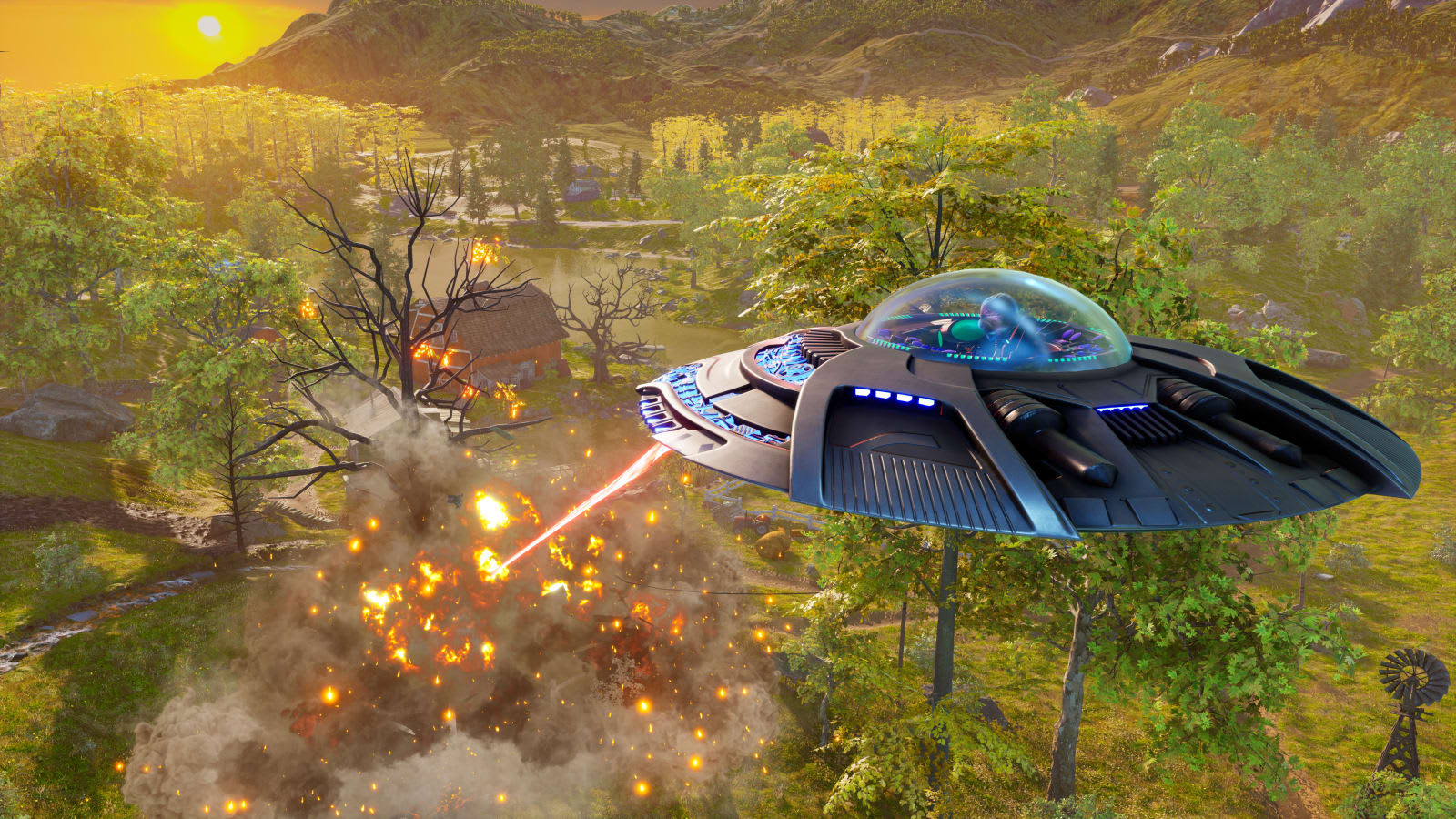 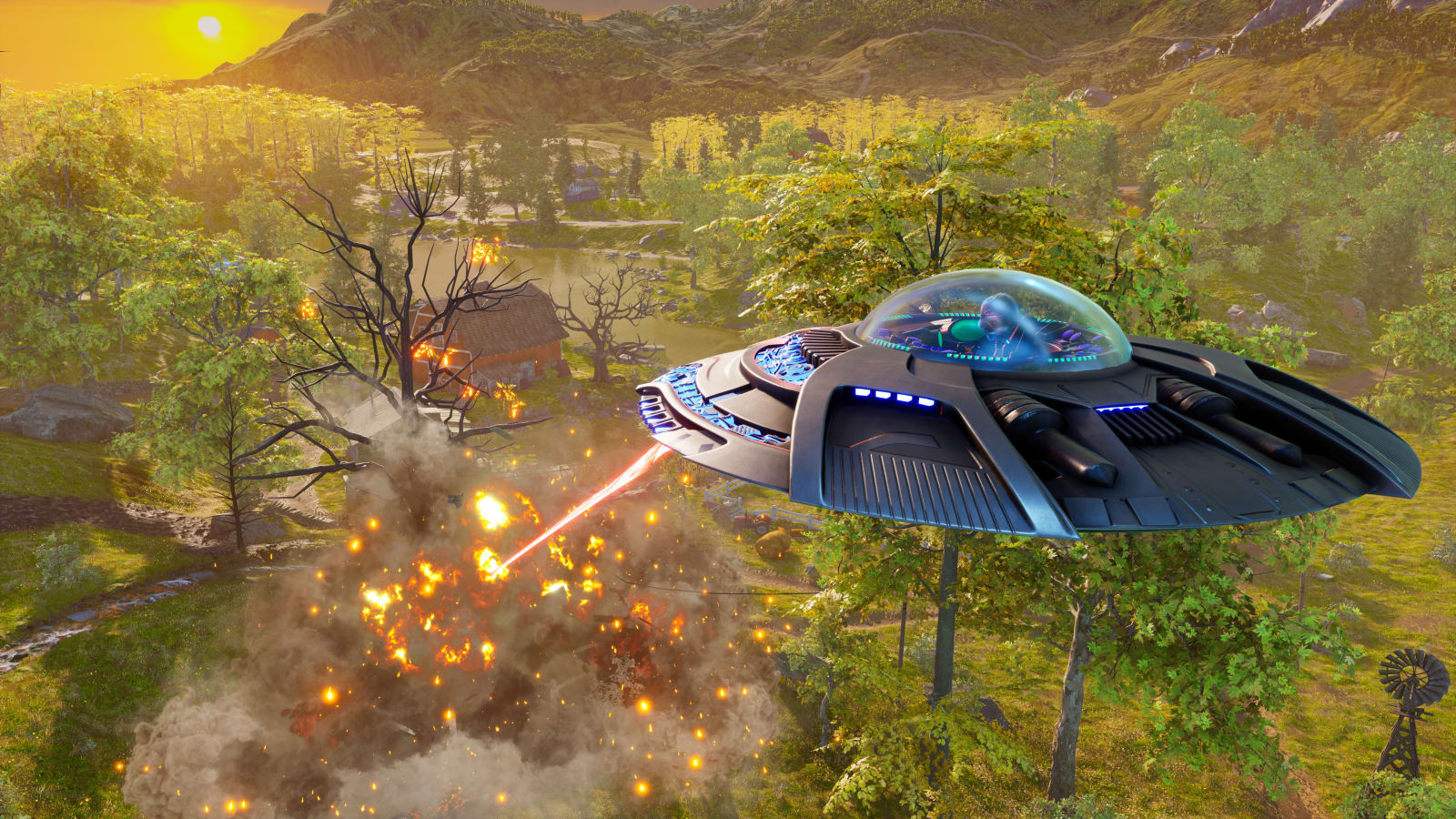 15 years after the events of the original Kill All Humans! came to an end, Cryptosporidium 137 -- or Crypto to his friends -- is coming back to consoles and PC in a modern remake of the cult classic, THQ Nordic announced ahead of E3 2019.

The first Destroy All Humans! was set in 1959 and followed Crypto's exploits to take over the Earth, harvest human DNA and use it to rekindle his race while demolishing the US government. I was afforded a hands-on of a pre-alpha build during E3 and came away from it secretly hoping for the downfall of humanity. The 2020 remake remains faithful to the original IP with some helpful additions and updates.

For one thing, players will now be able to use their psychokinetic (PK) abilities in conjunction with Crypto-137's wide variety of alien weaponry (three cheers for the anal probe gun!), which you couldn't do in the original. In fact, Crypto's multitasking abilities have been greatly improved. I was able to fry townsfolk with my Zap-O-Matic while throwing vehicles at the cops using my PK powers and extracting the DNA of another victim -- all at the same time. Combined with Crypto's improved mobility and new lock-on capabilities, players will be able to dance, strafe and dodge their way through hordes of hostile humans. And lord help the squishy indigenous species that falls prey to the big guns aboard Crypto's flying saucer.

But for everything that has changed in the new version, the game's iconic and hilarious dialog remains perfectly intact. THQ Nordic is even working with the original voice actors to re-record their lines for the new version. The team even found enough unused dialog from the original game to add an entirely new level, Area 42, to this version. The new Destroy All Humans! is expected to land planetside in 2020.

In this article: av, breaking news, destroy all humans, e32019, gaming, THQ, THQ nordic
All products recommended by Engadget are selected by our editorial team, independent of our parent company. Some of our stories include affiliate links. If you buy something through one of these links, we may earn an affiliate commission.