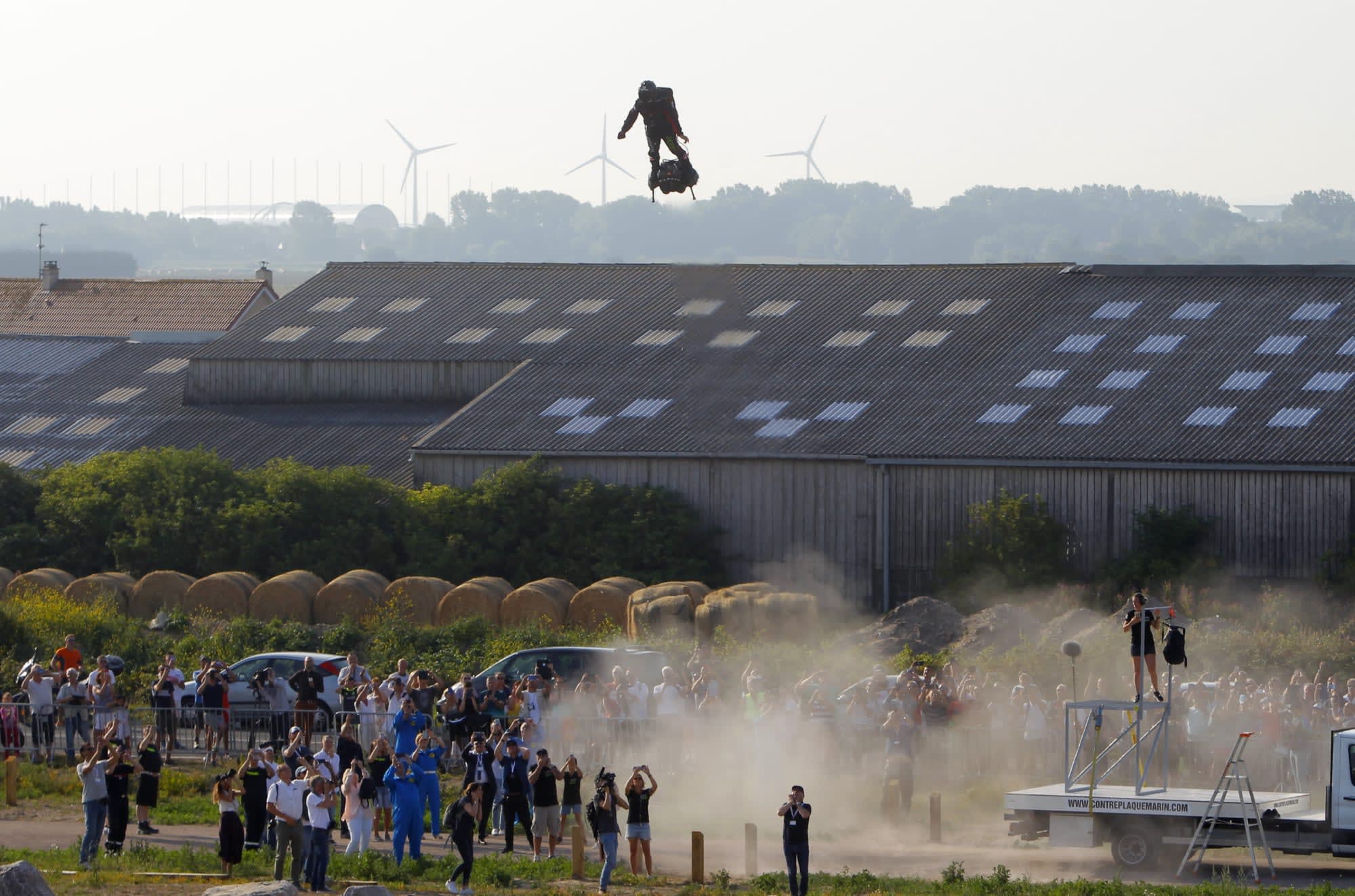 There are some things man was not meant to do. Flying across the English Channel on a hoverboard may be one of them.

The inventor of the jet-powered Flyboard Air, Franky Zapata, attempted the feat today. He was trying to become the first person to cross the Channel on a hoverboard, but he crashed into the sea while landing for a refueling stop.

Zapata, who was not injured in the crash, was attempting to cross from Calais in France to St Margaret's Bay in Dover, England in just 20 minutes. While trying to land on a boat for refueling, he missed his mark, sending him tumbling into the ocean.

"It is a huge disappointment," a member of his team said, according to Mail Online. "He must have missed the platform by just a few centimeters."

The Flyboard Air can travel at up to 87 miles per hour and is powered by kerosene (yes, that's jet fuel) which Zapata wears in a tank on his back. Earlier this month Zapata said he thought he had "a 30 percent chance of succeeding," on his Channel mission, the Guardian reports.

At least he was realistic about his chances, but everyone knows those boards don't work on water.

The most bizarre twist of the entire tale is that the French military were apparently interested in the Flyboard. The DGA, the French defense procurement agency, awarded Zapata a €1.3 million ($1.45 million) grant to develop the technology for use as "a flying logistical platform or, indeed, as an assault platform."

Via: The Verge
Source: BBC
In this article: english channel, entertainment, flyboard air, gadgetry, gadgets, hoverboard
All products recommended by Engadget are selected by our editorial team, independent of our parent company. Some of our stories include affiliate links. If you buy something through one of these links, we may earn an affiliate commission.