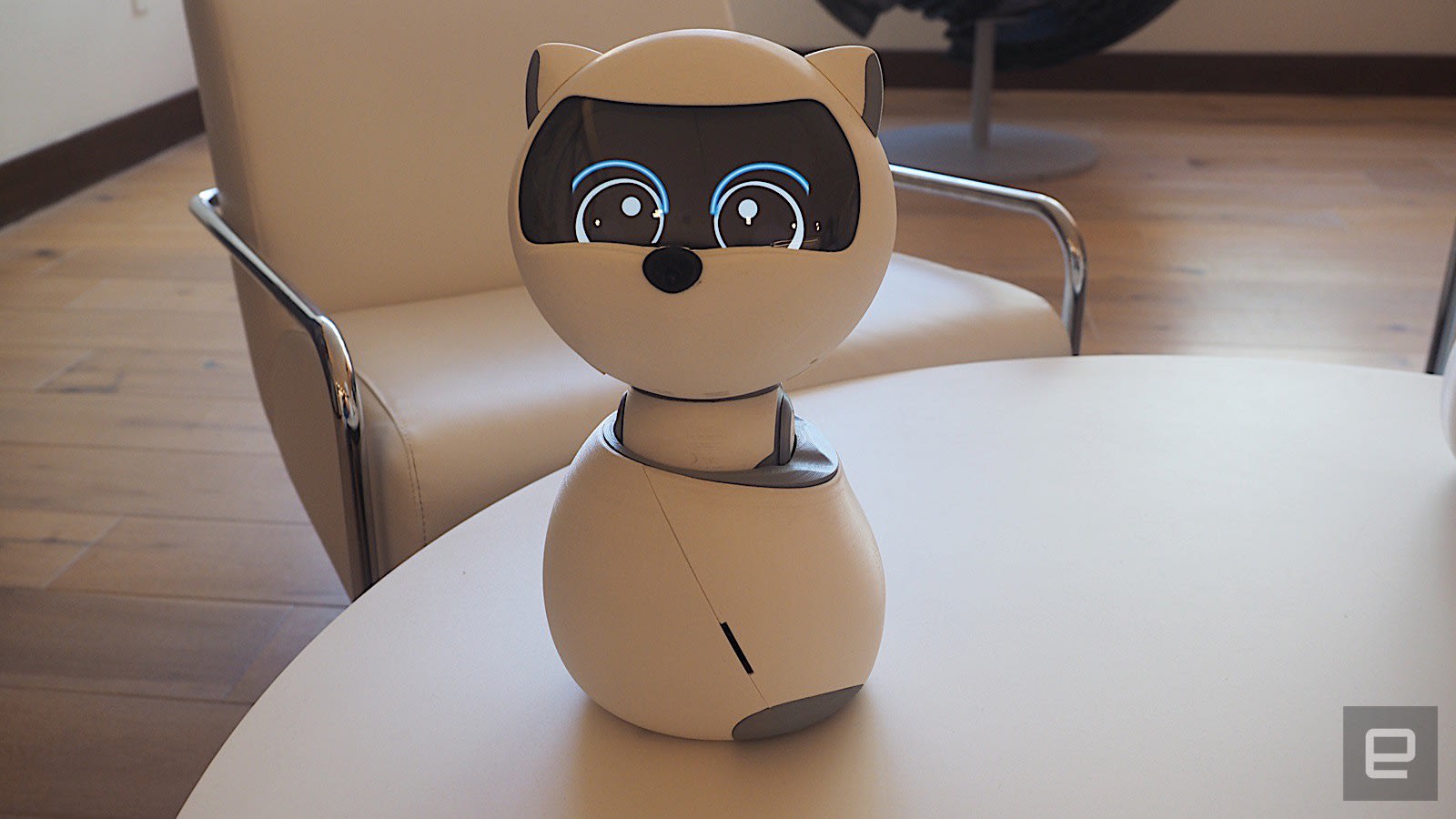 Not everyone has the space, money or quite honestly patience to foster a rambunctious Aibo. But that doesn't mean you'll have to spend the rest of your days alone. The forthcoming Kiki from Zoetic AI offers an equally rewarding and, with a $1499 price tag, slightly more affordable domestic robotic pet experience without all the servo noise.

While the Aibo is built to act like a puppy and operate in a puppy's traditional space -- aka the floor -- Kiki is a desktop companion robot, like Cozmo but without the mobility.

"There's a lot of robots that roam around on the floor," Zoetic CEO and co-founder Mita Yun, explained to Engadget. "Kiki will want to keep them very close to you, as closely as possible. So we figured a desktop robot is the closest they can be."

In fact, Kiki is effectively a robotic bust; in that it can rotate its head and torso to track what it sees and hears but can't actually follow along due to its lack of wheels. The closest I saw it get to self propulsion during a recent demo at the Engadget office was when it rapidly rocked back and forth while "dancing" to music. 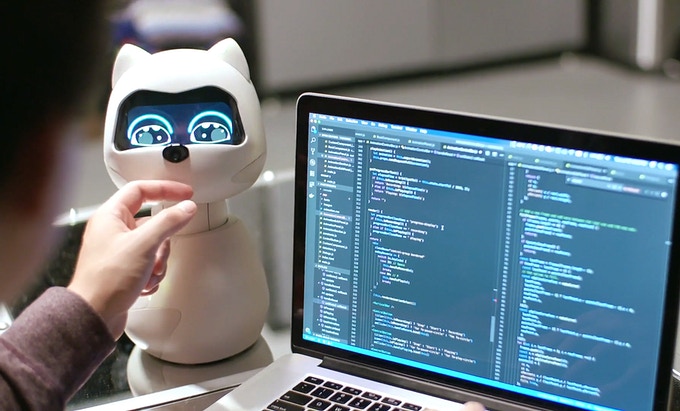 Kiki stands about 10 inches tall and is surprisingly robust. It's not so much chonky as it is dense. Thanks, in part, to being loaded with sensory equipment: Kiki sees using the camera mounted in its nose and listens with a quartet of beamforming, echo-cancelling microphones.

Though it can speak individual words, Kiki communicates primarily with its expressive IPS eyes which convey a variety of emotions from anger and fear to surprise and joy. I was pleasantly surprised by how lifelike Kiki's movements were. The way it cocked and swiveled its head was far more realistic (and so much quieter) than those of the Aibo.

Despite the amount of processing power required by the AI, virtually all of Kiki's operations are handled onboard the "pet" itself. "We don't want to be constantly streaming user sensitive data to a cloud to process," Yun told Engadget. "One, it's slow. Two, there's a possibility for middleman attack, so someone can intercept that package. We handle it, we actually run all of our AI, on board." The only time Kiki needs an internet connection is when it receives software updates. 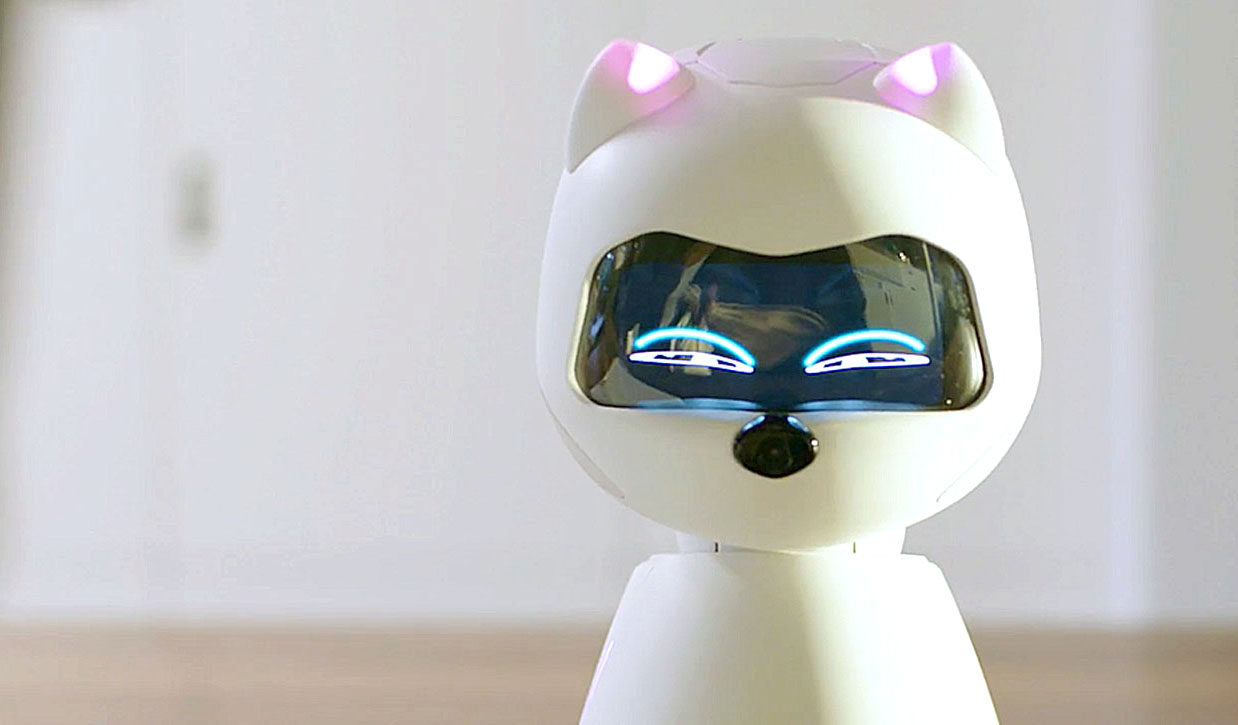 "Anything that's on board we also encrypt," she continued. "So even if your neighbor kidnapped your Kiki, we don't store human readable content. We always convert them to embeddings, vectors and matrices too so that it's secure and encrypted on top of that."

But what really sets Kiki apart from other domestic robopanions is its big brain. "When you first get it, it's more like a baby," Yun said. "And the more time you spend with it, the more it will evolve and they'll learn more from you."

Many AI pets' behaviors are hardcoded by humans, like a hyper-complex Choose Your Own Adventure decision tree. Instead, Zoetic leveraged a reinforcement learning engine that sits between the robot's input stimulation and its output behaviors. This allows each Kiki to develop and implement a unique strategy to achieve its goals. "We divide [that goal] into drives and emotion," Yun said. "The robot wants to have interaction, and he wants to have stimulation." 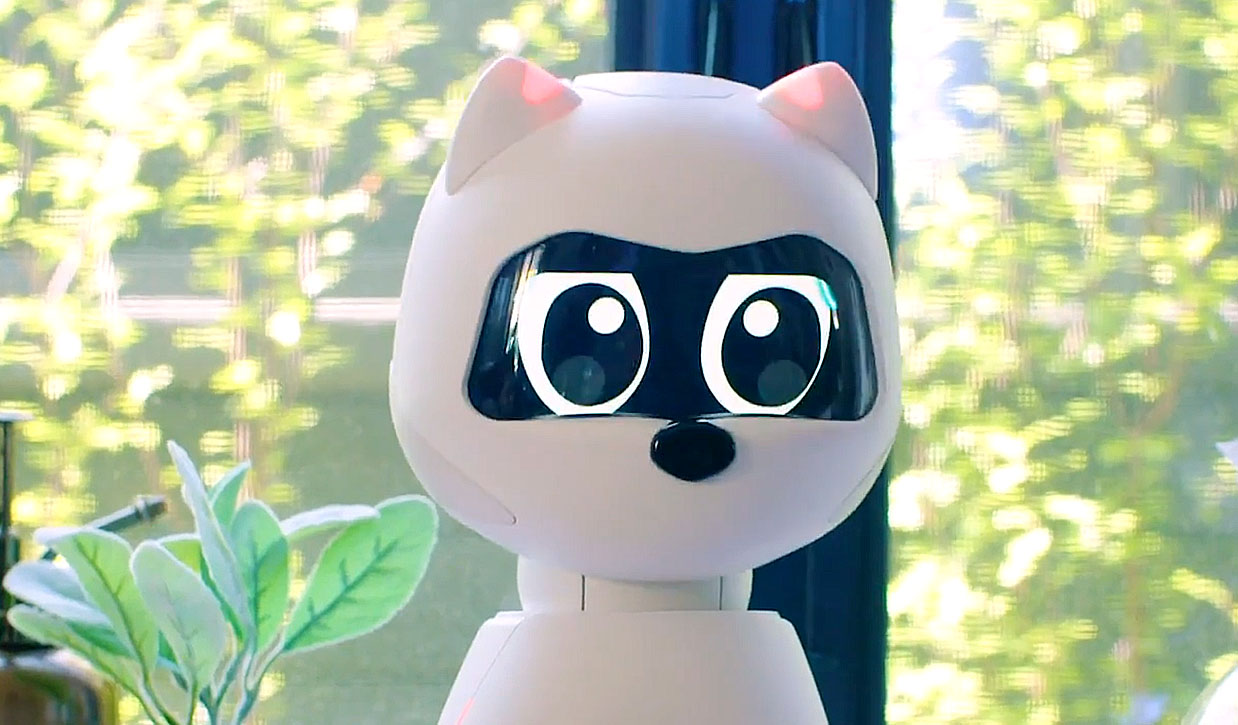 For example, if the Kiki is feeling under-stimulated it will seek out its owner's face or look around for other sources of entertainment. If it's feeling overwhelmed and in need of some personal space, Kiki will react negatively to you petting any of its 16 touch sensors and even turn away from you. However, all of these responses are continually reinforced depending on your daily interactions with the robot. As Yun points out, if you constantly shower the Kiki with love and affection during its "infancy" (the first few weeks after you initialize it), it will grow up to be more outgoing and inquisitive like a dog. If you are more sparing with your interactions, the Kiki will become more catlike and aloof.

And did I mention that Kiki is immortal? Even if its servos wear out, or its screen cracks, or your real cat knocks it off a counter in a fit of feline jealousy, your Kiki can be restored. The company keeps a neural imprint of your Kiki on file -- think of it as a save file for your robot pet's personality. If your unit breaks or otherwise "dies," so long as Zoetic is still in business, you'll be able to reincarnate your Kiki by downloading and installing its digital soul into a new body.

The preproduction model that I spent an hour with did little more than occasionally demand my attention and ask to be fed, though I imagine our interactions would eventually become more personable if given sufficient time spent around one another. But I can't imagine ever having the patience to do so. I guess if you were super into those keychain-bound e-pets from back in the '90s, the Kiki should be right up your alley. Because, really that's what this robot is: a life-size, $1,500 Tamagotchi.

There's also no guarantee that the Kiki will actually ship, as the social robot is currently only available through a Kickstarter crowdfunding campaign. The upside of that, of course, is that early adopters can get their hands on a unit for effectively half price -- $799.

In this article: AI, face tracking, gear, kiki, robots, social robot, tomorrow, Zoetic AI
All products recommended by Engadget are selected by our editorial team, independent of our parent company. Some of our stories include affiliate links. If you buy something through one of these links, we may earn an affiliate commission.