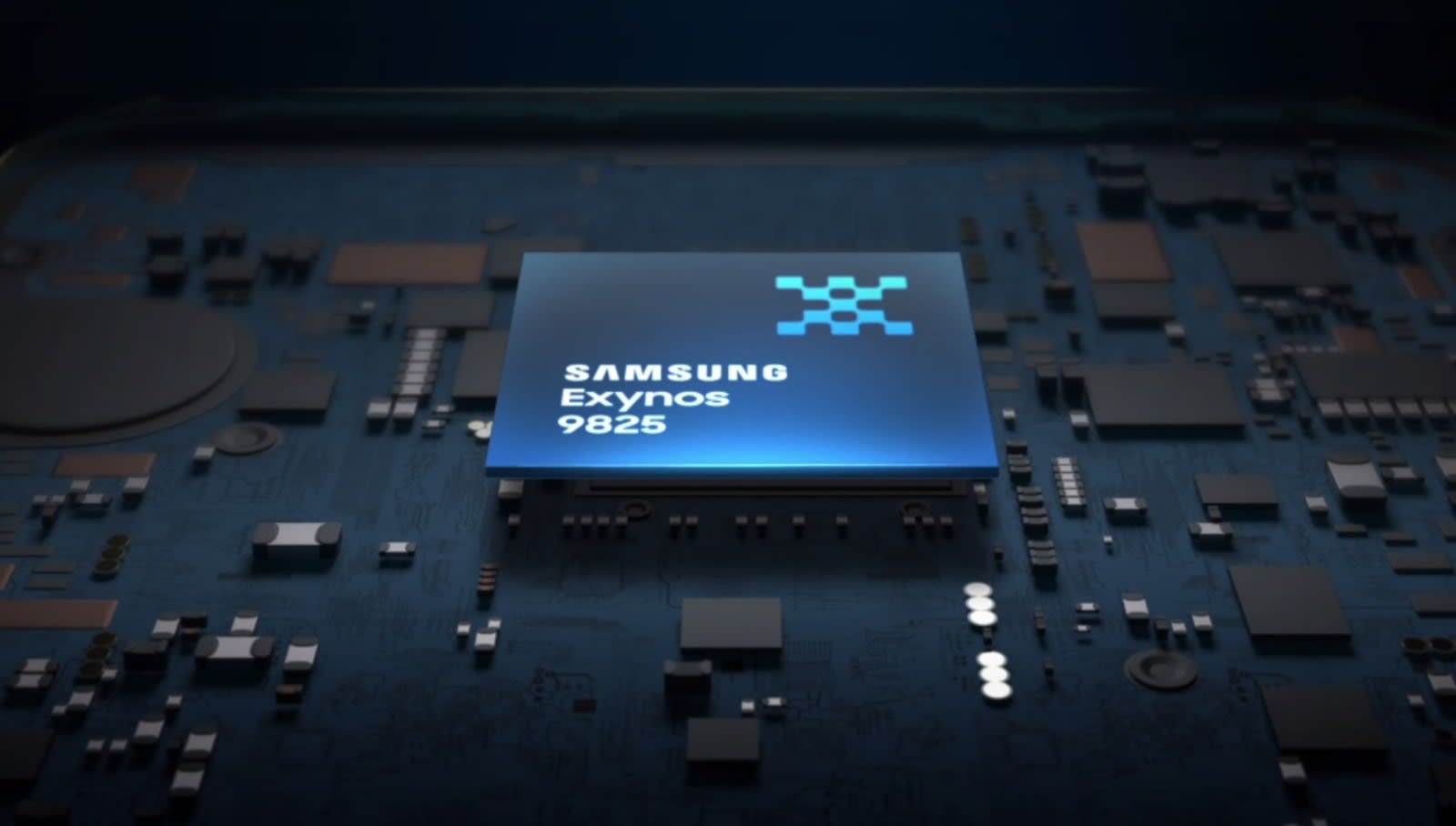 Samsung has unveiled the Exynos 9825, the processor that will likely power the Galaxy Note 10 launching later today. It's the first smartphone chip built using 7-nanometer EUV (extreme ultra-violet) silicon manufacturing that Samsung unveiled back in October 2018. The chip is nearly identical to the Exynos 9820, which was built using 8-nanometer LPP tech. The new chip will likely be more powerful and efficient, but Samsung has yet to say by how much.

The Exynos 9825 has the same Cheetah M4 cores and Mali-G76 GPU as the 9820, but Samsung hasn't listed the die size or certain key processor CPU and GPU speeds. It did say, however, that the GPU would run at a higher clock speed, so it will outperform its predecessor, especially for mobile gaming.

Other features on the chip are a 4G LTE modem that tops out at 2Gbps and Samsung's "neural processing unit" that will power AI photography and augmented reality features. 5G is not built into the processor, so Samsung will likely use its Exynos Modem 5100 for 5G variants of the Note 10.

Now, Samsung has likely narrowed that gap, though again, it didn't say by how much. The company might be saving the news for the Galaxy Note 10 launch, though at this point, it seems likely that US versions will feature the Snapdragon 855 processor, as usual.

Via: Anandtech
Source: Samsung
In this article: 7-nanometer, 7-nanometerEUV, EUV, Exynos, Exynos9825, Galaxy Note, Galaxy Note 10, gear, mobile, note10event, samsung, samsung unpacked, samsung unpacked 2019
All products recommended by Engadget are selected by our editorial team, independent of our parent company. Some of our stories include affiliate links. If you buy something through one of these links, we may earn an affiliate commission.