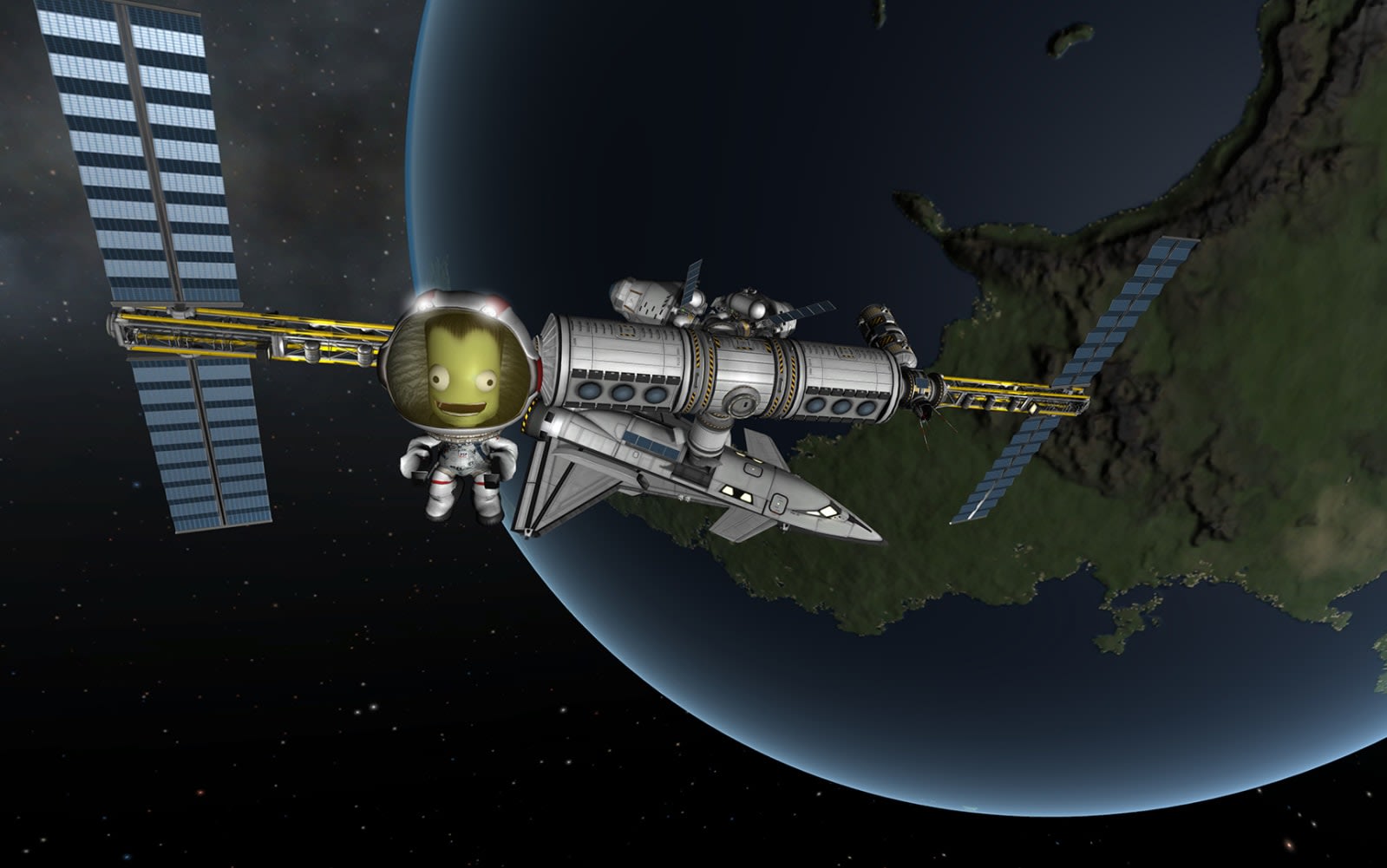 It's been four years since Kerbal Space Program (KSP) -- the spacecraft building and flight simulation game -- officially launched. While Elon Musk once called the title "awesome" and joked that SpaceX used KSP for testing software, it was due for a refresh. Today, Private Division announced that Kerbal Space Program 2 (KSP2) will arrive in 2020. As part of the reveal, it released cinematic trailer and a (dramatic) developer story.

According to the developers, KSP2 has been "fully redesigned from the ground up to meet the demands of modern and next-generation space exploration." This version imagines what the future space program could look like. It comes with new animated tutorials, an improved user interface and fully revamped assembly and flight instructions. The game uses next-gen engines, parts and fuel, and you'll be able to explore even further reaches of space with interstellar flight. You'll also be tasked with building colonies -- a fitting addition as NASA prepares for extended stays on the Moon and human exploration of Mars.

It's not surprising that Private Division, Star Theory and Squad are launching KSP2. The game has a long history, with a drawn out launch and some of the original developers joining Valve. In 2017, Take-Two bought the rights to KSP. It planned to turn KSP into a "long-term franchise," but said it wasn't rushing anything. While we're finally getting closer to the second iteration, fans will have to wait until 2020 to play the game. When it arrives, it will be available on PC, Xbox One and PS4.

Source: Kerbal Space Program
In this article: 2020, av, building, flight simulator, gaming, Kerbal Space Program, kerbal space program 2, ksp, ksp2, next-gen, private division, reveal, space, space exploration, space program, space travel, spacecraft, squad, star theory, trailer, video game
All products recommended by Engadget are selected by our editorial team, independent of our parent company. Some of our stories include affiliate links. If you buy something through one of these links, we may earn an affiliate commission.