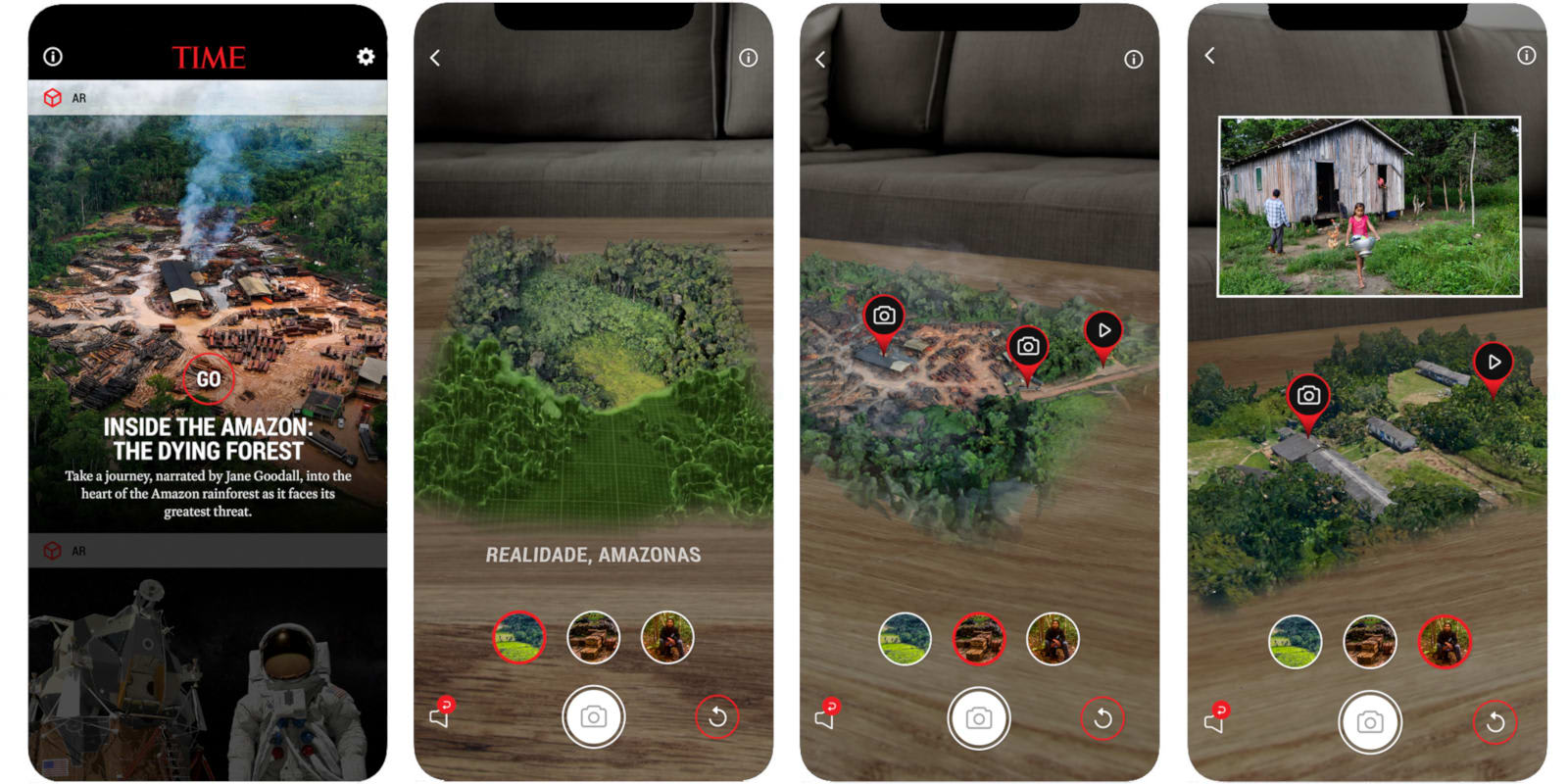 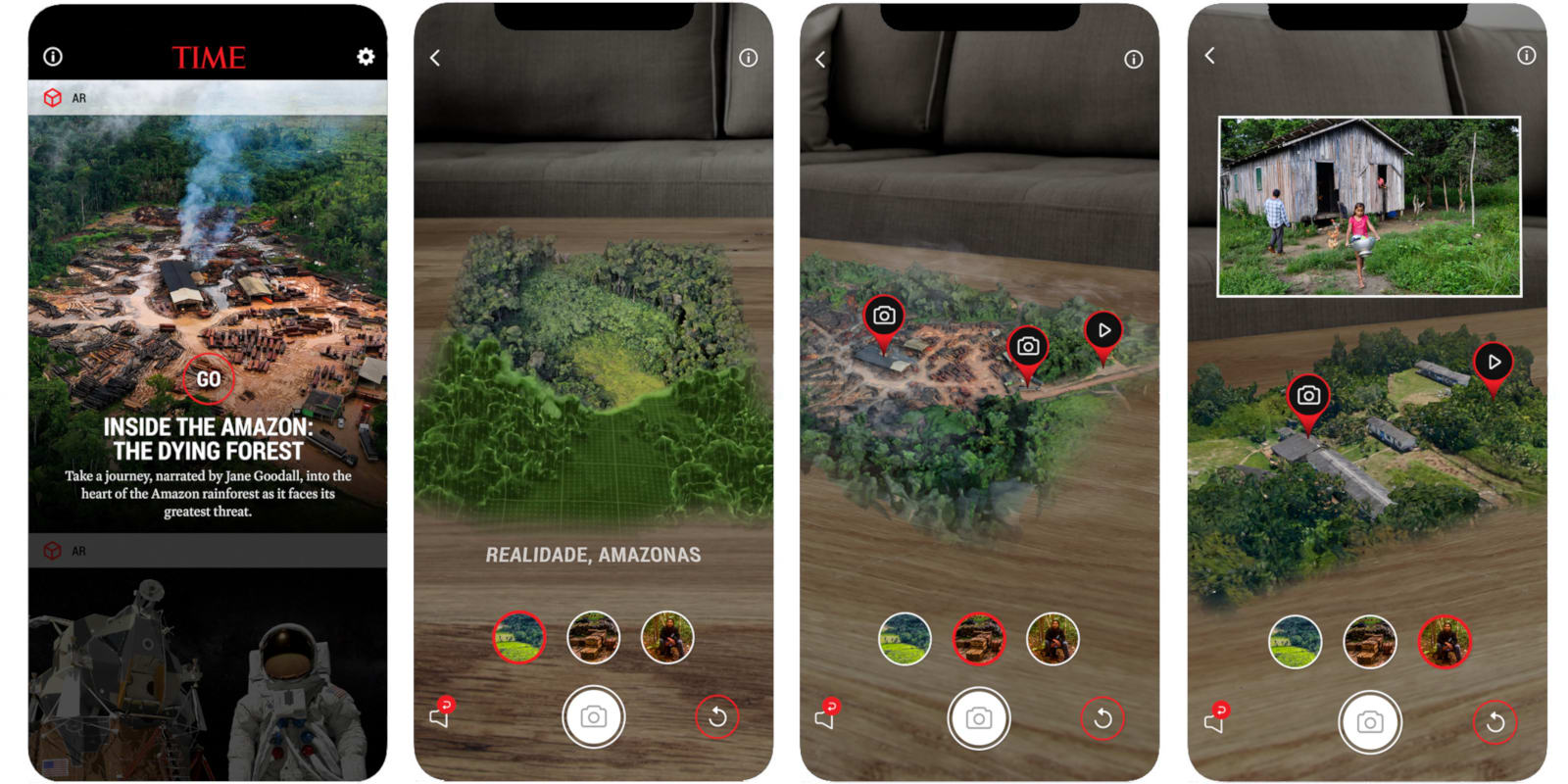 Time's Immersive app brought you to the moon a couple of months ago -- now, it's taking you on a timely trip to the Amazon forest. The publication has rolled out a new augmented reality experience for its application -- now available for both iOS and Android devices -- entitled "Inside the Amazon: The Dying Forest," which promises to take users deep into the disappearing jungle. Time sent two producers and reporter Matt Sandy into the Amazon to visit some of its remotest areas threatened by deforestation, arming them with cameras mounted on drones to create 3D scans of the environment.

The experience also features voice-over by world-renowned conservationist Dr. Jane Goodall, who'll talk about the forces driving deforestation, the stories of those fighting it and those who have the most to lose from it. (The last one probably includes all of humanity.) In addition, it features a spatial sound system to go with its immersive visuals.

The launch of Time's AR experience goes hand-in-hand with the release of a special issue on the climate crisis. It includes a piece by Sandy that discusses how the largest and most biodiverse rainforest in the world has reached a tipping point wherein it could turn into a savanna. Wildfires, mostly blamed on clearing space for agriculture, are currently burning through the Amazon at a higher intensity and more frequency than in the past. There's been a global outrage over the alarming of number forest fires these past months: Amazon, after all, is the world's largest carbon dioxide sink and helps prevent the planet from overheating.

Source: Time
In this article: amazon forest, app, gear, mixed reality, mobile, time
All products recommended by Engadget are selected by our editorial team, independent of our parent company. Some of our stories include affiliate links. If you buy something through one of these links, we may earn an affiliate commission.