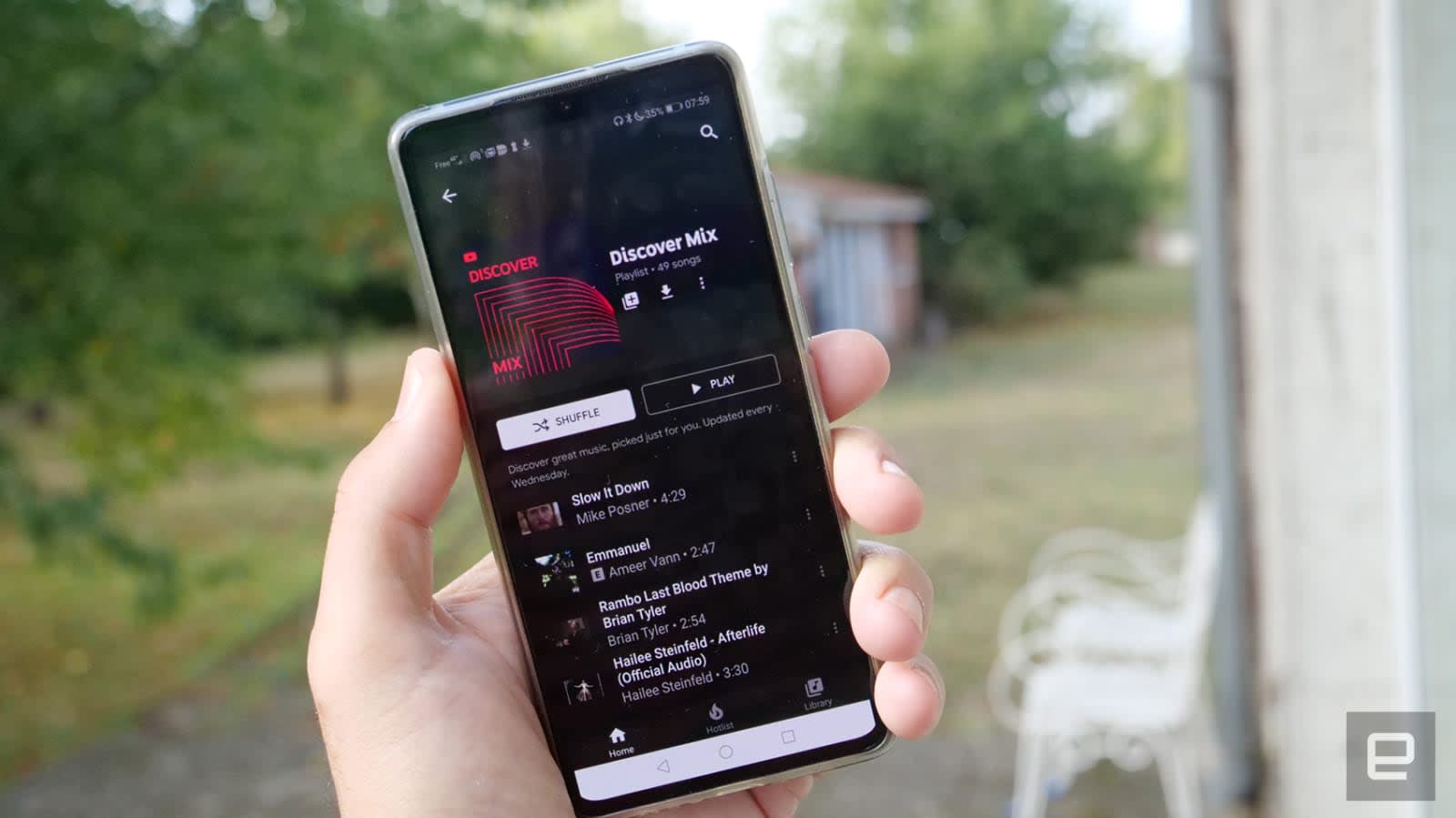 Google might not have as many YouTube Music subscribers as Spotify, but it has way more software engineers. It's now applying some of those smarts to better compete against its rival with a new automated playlist called "Discover Mix," spotted by 9 to 5 Google and some Reddit users. It's very similar in concept to Spotify's "Discover Weekly," in that it helps you find new songs and artists in line with your taste and listening history.

The playlist contains 49 songs and has a retro neon logo much like YouTube Music's "New Release Mix," which itself pays homage to Spotify's "Release Radar." According to the description, the music is "picked for you" according to your listening history, and updated every Wednesday.

I didn't get a chance to test it much myself (and I'm not a YouTube Music user), so the selections it presented me were pretty random. However, one Reddit user said that "of the tracks from artists I have listened to before, almost all of them are songs I haven't heard before. Out of the 49 tracks in the playlist, I ended up "liking " and adding 32 of them to my library."

I can't say that I've had the same success rate from Spotify's "Discover Weekly," as I usually only end up adding a couple of songs, tops, from my mix. It could be that YouTube Music does a better job of sussing out your taste in music, but we'll have to wait a bit to see if other users have a similar experience. While Discover Mix has started rolling out, it's apparently not yet widely available.

Source: 9 to 5 Google, Reddit
In this article: av, DiscoverMix, DiscoverWeekly, entertainment, Music, MusicDiscovery, youtube, youtubemusic
All products recommended by Engadget are selected by our editorial team, independent of our parent company. Some of our stories include affiliate links. If you buy something through one of these links, we may earn an affiliate commission.