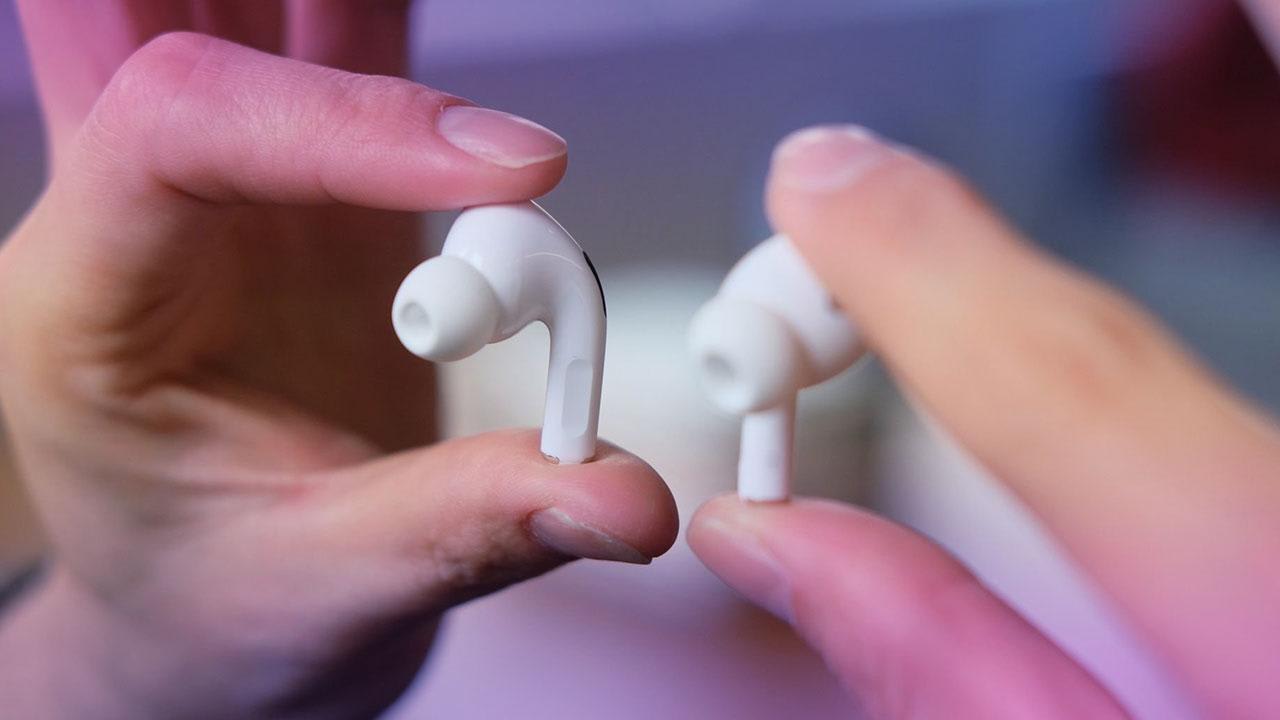 Apple's AirPods Pro might sound better, but they're just as non-repairable as the regular AirPods. A teardown of the new buds performed by iFixit confirms that trying to repair them is "both impractical and uneconomical."

When compared with 2016's original AirPods and this year's refresh, the teardown showed the newer AirPods Pro have some differences in construction as well as the addition of new features like capacitive controls and active noise cancellation using an inward-facing microphone. The hardware for these features makes the new buds one third heavier than the previous generations, weighing in at 0.19 oz (5.4 g) each.

Another new piece of hardware is a button cell battery which sits in the main body of the buds, as opposed to the long, thin battery which was located in the stem in previous models. The watch-style button cell battery is similar to the one found by iFixit in the Samsung Galaxy Buds, but unlike the Samsungs, the AirPods battery isn't replaceable. That's due to a soldered cable tethering the battery in place.

The one user-replaceable part of the Pros is the silicone tips, but the buds aren't compatible with typical aftermarket tips. You'll need to purchase tips from Apple if you want to replace them.

That means the AirPods Pro are essentially disposable, with no improvements in repairability over previous generations. That's disappointing but not surprising. Wired's Lauren Goode got confirmation from Apple that the buds are not repairable due to the glue which holds them together.

An update to Monday's report: Apple has confirmed that the new AirPods Pro are no more repairable than previous versions of the wireless earbuds. The pods are made partly with recyclable materials but due to size and build process (i.e glue) it doesn't repair. Just replace.

In conclusion, iFixit declared the AirPods Pro are "theoretically semi-serviceable" but the glue and lack of replacement parts makes repairing them a no-go.

Via: The Verge
Source: iFixit
In this article: airpods pro, AOLoriginals, apple, av, daily show, engadget, Engadget Today, engadget video, entertainment, gear, ifixit, repairability, teardown
All products recommended by Engadget are selected by our editorial team, independent of our parent company. Some of our stories include affiliate links. If you buy something through one of these links, we may earn an affiliate commission.