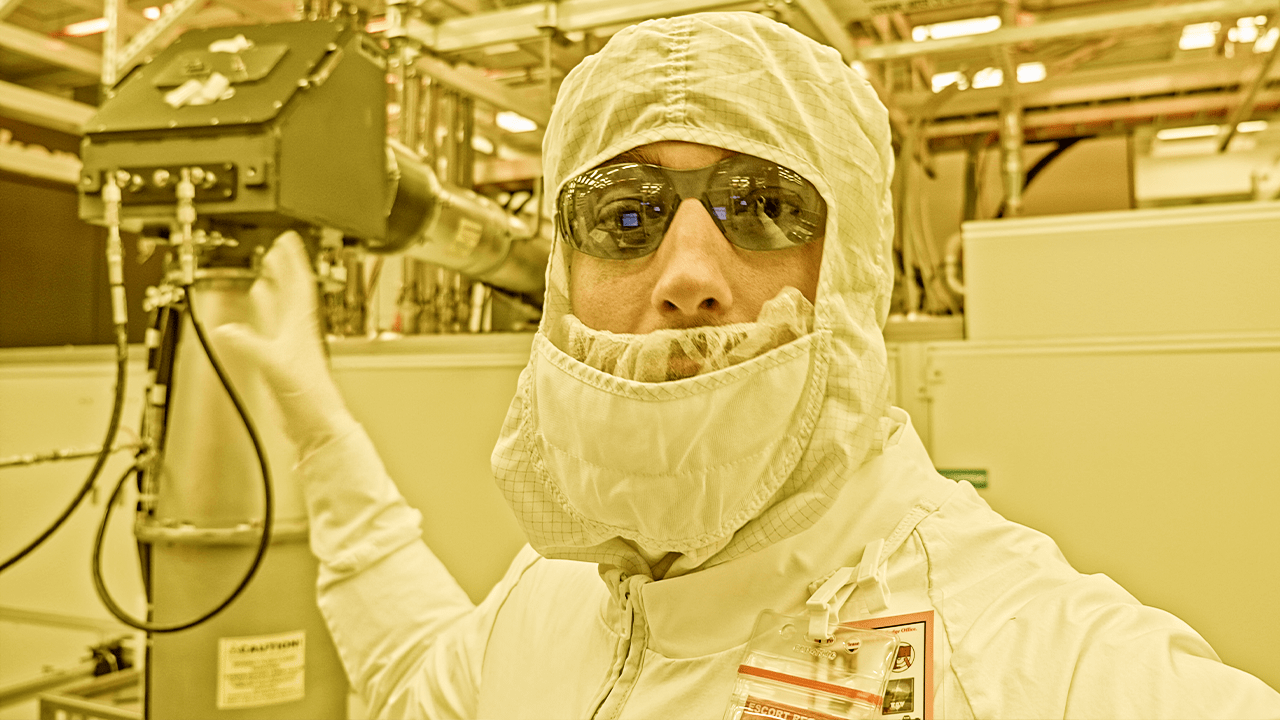 Microchips are so ubiquitous, it's easy to lose sight of how remarkable they actually are. Something as mundane as a thermostat or singing greeting card contains millions of microscopic structures created in one of the most remarkable manufacturing processes ever developed.

The current process has been evolving since around 1977, and works sort of like a projector. Lasers shine light through a mask, which is like the blueprint for the chip, and projects the mask onto light-sensitive chemicals painted onto a slab of silicon. The result is almost like exposing a photograph: The light transmits the image of the chip onto the silicon, where it can be etched directly into the metal. This process is called photolithography, and as it's become more advanced, transistors have gotten smaller, faster and more energy efficient.

The specific mechanics of making a chip are already insanely complicated, requiring atom-scale accuracy and some of the most precise manufacturing tools ever created, but the current method has its limits. This process has been in use for nearly 15 years, and it's running out of steam. Parts of the transistors on a chip are now on the order of 7 to 10 nanometers in size, far smaller than the 193nm UV light used to create them.

Manufacturers needed to redesign the process if we were going to keep making better and faster chips, and the new process is extreme ultraviolet lithography, or EUV. Companies have been working for years to develop this next step in chipmaking, and we are just seeing the first devices made with EUV coming to market.

An evolutionary leap, EUV still projects a chip blueprint onto silicon, but it uses light with an incredibly small wavelength to do so, the better for creating minuscule features.

At these tiny wavelengths, the UV light is absorbed by nearly everything, and it can't be generated with a typical laser. The process is far more exotic, involving liquid metal and high energy plasma. The technical challenges are immense, but the payoff is a leap in the speed and energy efficiency of our devices.

In this article: apple, engadgetupscaled, gear, intel, microsoft, nvidia, personal computing, personalcomputing, samsung, tomorrow, video
All products recommended by Engadget are selected by our editorial team, independent of our parent company. Some of our stories include affiliate links. If you buy something through one of these links, we may earn an affiliate commission.