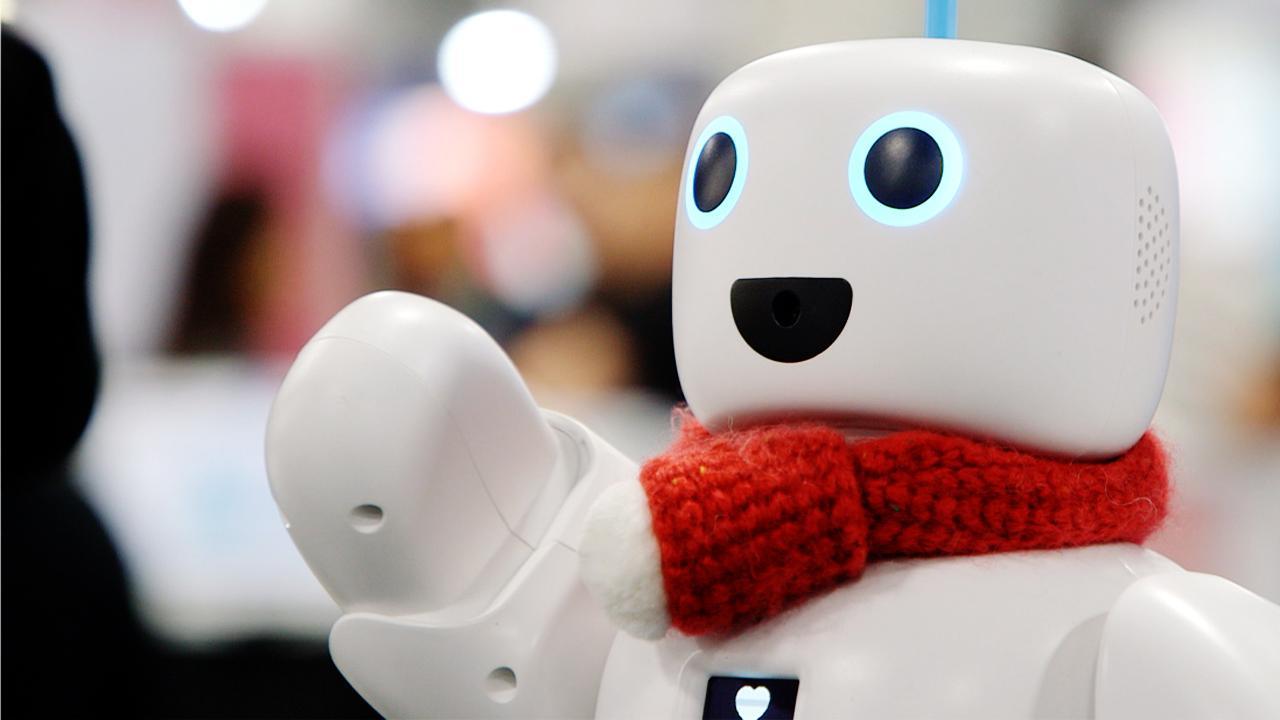 It can get lonely living on your own, especially when you've got a landlord that doesn't allow pets or roommates. But instead of dropping two grand on an Aibo, check out this unnervingly cute companion robot from Korean developer, Circulus. Say hello to piBo.

PiBo is built with service in mind. It can act as an alarm clock, recount the day's weather and top news stories, play music, take pictures and remind you of upcoming appointments. Its functionality is easily expanded to include home security integration, voice and facial recognition and more thanks to a dedicated app store. You can even code your own programs and features if have the skills. PiBo itself can be controlled through voice commands, QR-embedded flash cards, or through its associated dashboard app (available for both iOS and Android).

The piBo stands just over a foot tall and bears more than a passing resemblance to the Stay Puft Marshmallow Man. Its appendages are articulated, allowing it to wave its arms and toddle slowly around the room. The robot runs the custom Linux-based Circulus OS on a 1.4Ghz quad-core chip and a gig of RAM. Its 3400mAh battery offers 2 hours of run time, though that requires 5 hours of charging. A 5MP camera mounted in its mouth allows it to see the world around it.

I spent a few minutes interacting with piBo at the CES 2020 Eureka Park event on Tuesday. While the Sands' shakey internet connection significantly slowed piBo's reaction times, its adorable personality shone through nonetheless. It sang, it danced, it told me the weather and that it loved me. My heart would have melted -- if its responses hadn't been in Korean. PiBo does also speak English, which will come in handy when it eventually becomes available here in the US. Circulus hopes to launch a crowdfunding campaign to bring it stateside in the coming months.

In this article: ai, bestofces2020, ces2020, pibo, robots, tomorrow
All products recommended by Engadget are selected by our editorial team, independent of our parent company. Some of our stories include affiliate links. If you buy something through one of these links, we may earn an affiliate commission.