A very Japanese virtual companion is being westernized

When Gatebox revealed its... shall we say, culturally specific AI assistant a few years back, it drew its fair share of attention. How could it not? It looked for all the world like a blue-haired anime girl living in a glass tube, and it could be yours for the extremely reasonable price of $3,000. Now that 2020 is upon us, though, Gatebox's girl is getting a revamp for use outside Japan.

A company called Keyshare Innovation Group partnered with a New Zealand to essentially rebuild Gatebox's AI assistant from the ground up. Now, instead of an anime character, Keyshare's assistant can take the form of a more realistic woman in a sharp uniform, or a beefy, bald man in gym attire. Obviously, these potential models are geared toward very different situations -- the former would suitable for working as 24/7 concierges, and Keyshare (nearly) has contracts in place to install these AI assistants across a fleet of cruise ships by the end of the year.

The software isn't the only facet of the experience that's getting a revamp. While the original model relied on a projection tube to give Hikari a more pronounced sense of presence, the models Keyshare are working on use tablets mounted inside a similar, semi-circular glass chassis. The whole package is a little smaller as a result, but it retains the same slew of motion sensors and cameras to ensure these new virtual avatars can still convincingly interact with humans. Sure, it might not be quite as impactful as the original, but it seems a whole lot more practical for a company trying to get these things out into the wild fast. 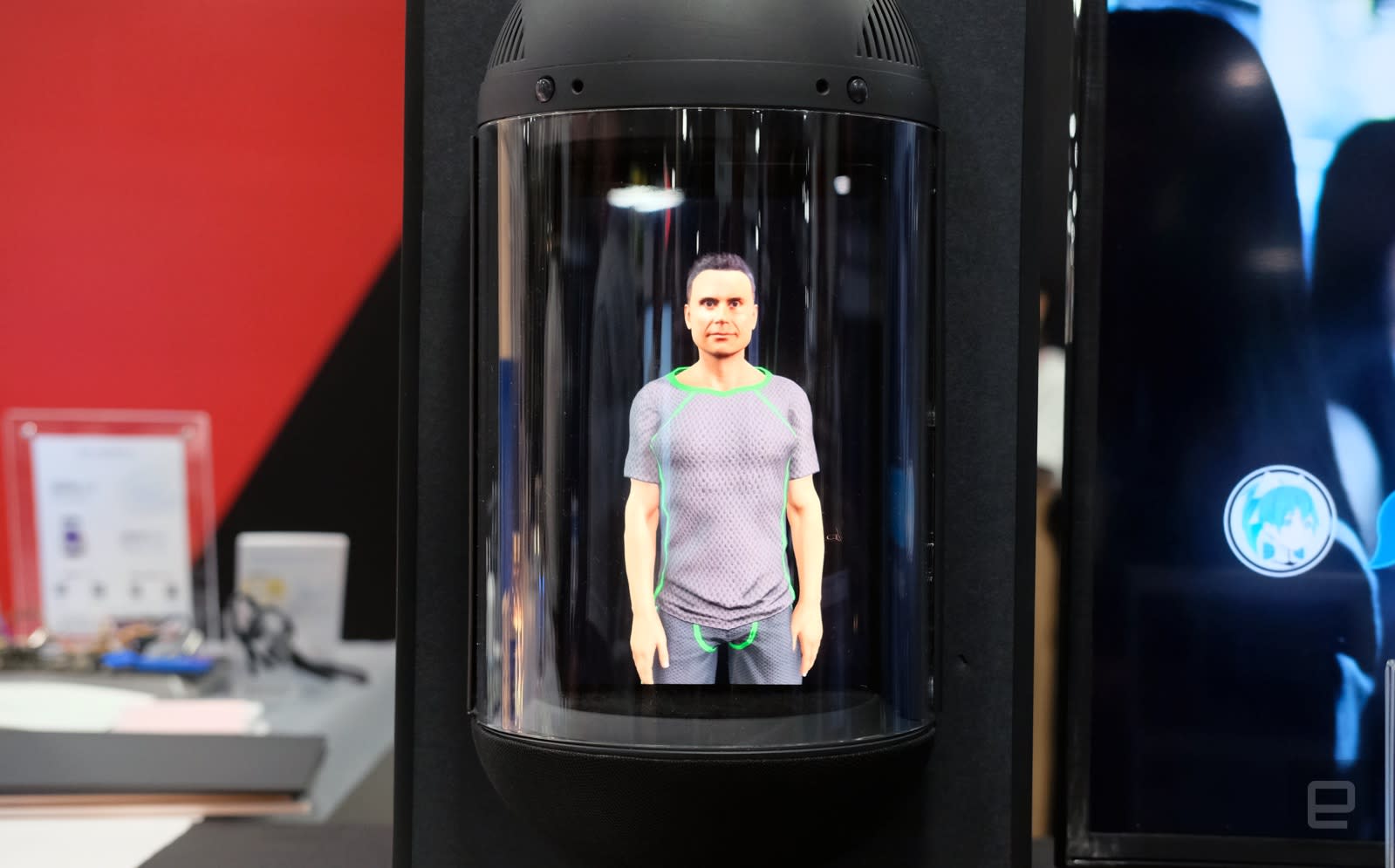 I don't know if this "guy" has an official name, but he looks like a Chip. 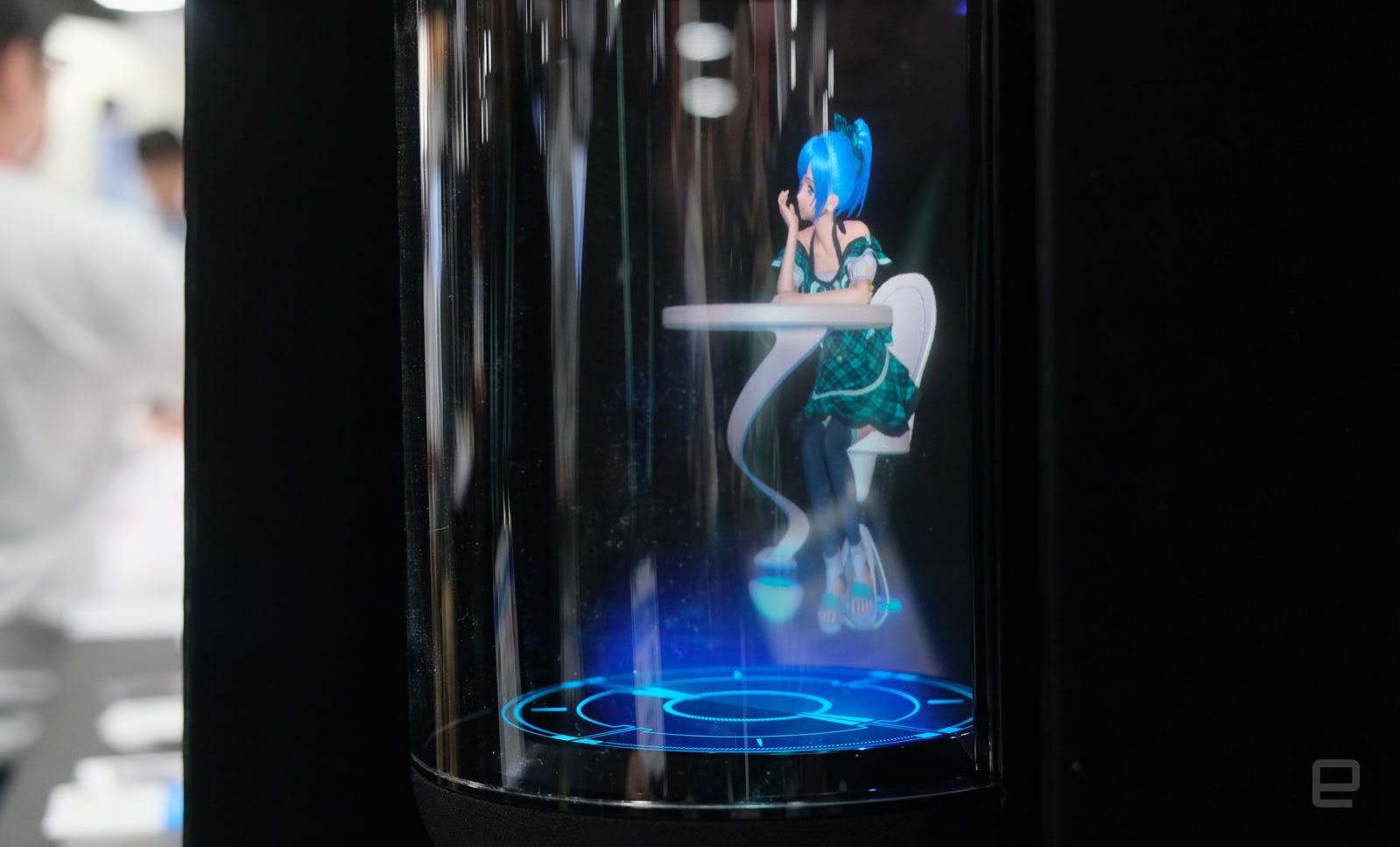 Hikari wistfully looks on at her international cousin.