The Morning After: Apple's return to CES

The more data leaks that occur, the more likely Apple is to talk about how great its privacy practices are. And the company's triumphant return to CES -- Apple's last official outing was in 1992 -- was a predictable touting of its security chops.

The company's senior director for global privacy, Jane Horvath, was part of a roundtable discussion with other privacy experts from the FTC, Facebook and Procter & Gamble. And even though the past year has seen a couple of skirmishes over privacy -- Apple vs Facebook, Facebook vs the FTC -- everyone stuck to their lines.

Apple talked up its privacy practices. Facebook strenuously tried to make the same case. Rebecca Slaughter, the FTC commissioner, reminded us all we have no idea where our data ends up. Hopefully that won't still be the case 28 years from now when Apple chooses to turn up again.

The company's kooky camera glass will even help when taking photos.OnePlus's Concept One phone offers a cure for the common camera hump 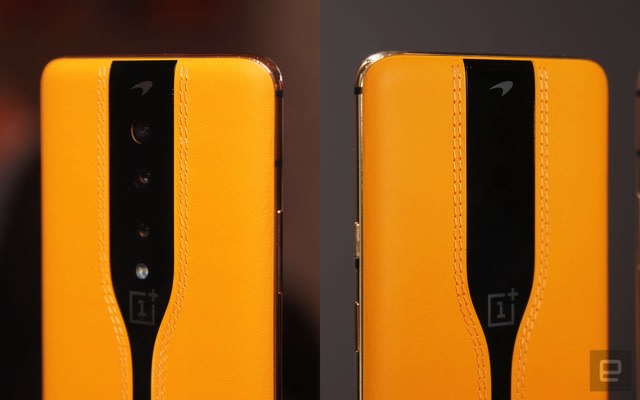 The OnePlus Concept One is beautiful, clad in the same papaya-hued leather McLaren uses in some of its supercars. It's powerful, too. But the major feature here is an incredibly thin slice of a material called electrochromic glass over the phone's rear cameras, which turns opaque and transparent when voltage is applied to it. This is hardly new technology; the Concept One relies on the same sort of tech that makes those really cool airplane windows work. Getting it to work on a smartphone scale is still quite a feat, though. Chris Velazco took a look.

It's also meant for military and employee training.This massive 8K VR headset was built for NASA 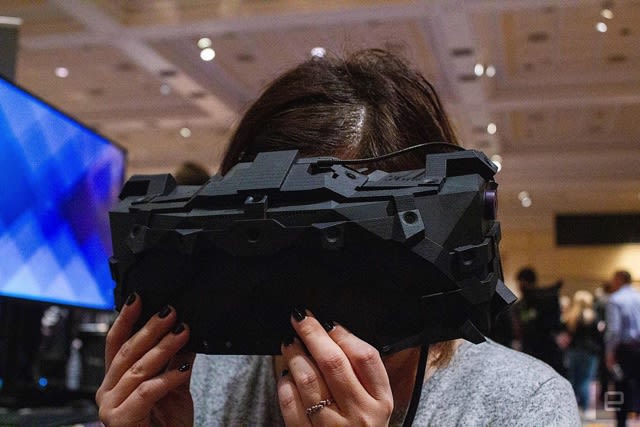 VRgineers has been making VR headsets for years, but for 2020, it has unveiled the XTAL, which comes with a whopping 8K resolution, providing it with what's meant to be a crystal clear VR image. Because of the size of the thing, it offers a 180-degree field of view in virtual reality. It's not for Half Life, though. This is for enterprise applications, such as employee safety training. Older versions of the XTAL are already in use at the Department of Defense, the US Navy and NASA, and this new version will cost $8,000.

It transfers data at a super-fast 20Gbps. 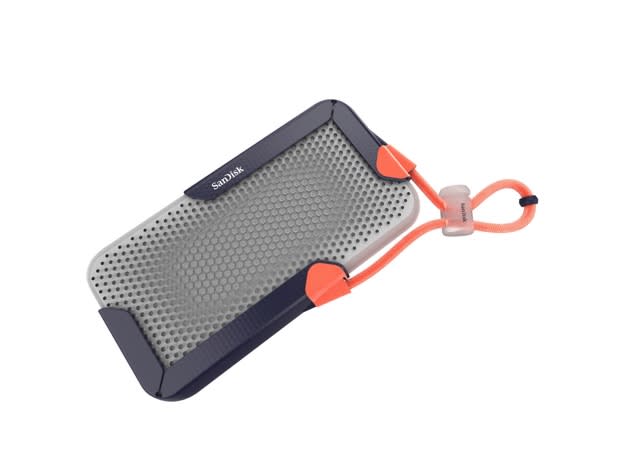 You know what Engadget readers love? Tiny storage solutions. And SanDisk never disappoints. So, straight to the storage lust. The company is showing off an 8TB SSD prototype at CES. Since this is a prototype, there's no telling when SanDisk will actually release a portable 8TB SSD, but with so few 4TB drives available, it may take a while for the market to be ready for such a large -- and expensive -- option. That said, it wouldn't be a surprise if SanDisk were the first to market with an 8TB SSD -- the company was the first to debut a 1TB microSD card earlier this year.

I've had worse!
I skipped breakfast, but Samsung had a robot make me a salad 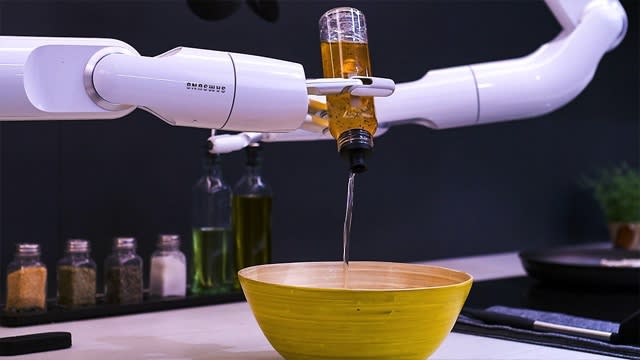 Chris Velazco's breakfast came courtesy of Samsung's Bot Chef, which the company affectionately refers to as a "cobot," or collaborative robot. Despite its name, Bot Chef isn't meant to prepare your meals from scratch, though I wouldn't be surprised if it could. Instead, you're meant to work side by side with it: Bot Chef can download and display recipes on a nearby screen so you could mutually participate in meal prep.

Since Samsung couldn't procure the permits needed to have open flames on the show floor, the recipe was pretty basic, but it still deftly diced a block of soft tofu and pushed the pieces around an oiled-up frying pan with a spatula. The Bot Chef can also connect to the internet and download new skills, like the ability to operate what appeared to be a Nespresso coffee maker. Samsung (understandably) doesn't have a firm launch window in mind yet. It did say, however, that it engineered these arms with accessibility in mind -- in other words, they're not supposed to be super expensive.

Bigger is better sometimes.Intel's Horseshoe Bend prototype is the biggest foldable tablet yet 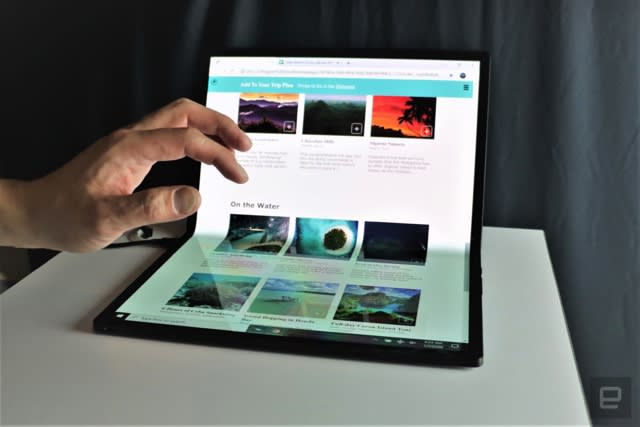 Foldables were big in 2019, and it looks like they're only going to get bigger in 2020. We've seen folding phones and even tablets, but the trend is even larger screens, with Intel showing off a new 17-inch foldable tablet prototype called Horseshoe Bend. It is meant to help Intel and its partners figure out how to make a large foldable work. The biggest challenge? Ensuring it doesn't break when you fold it.