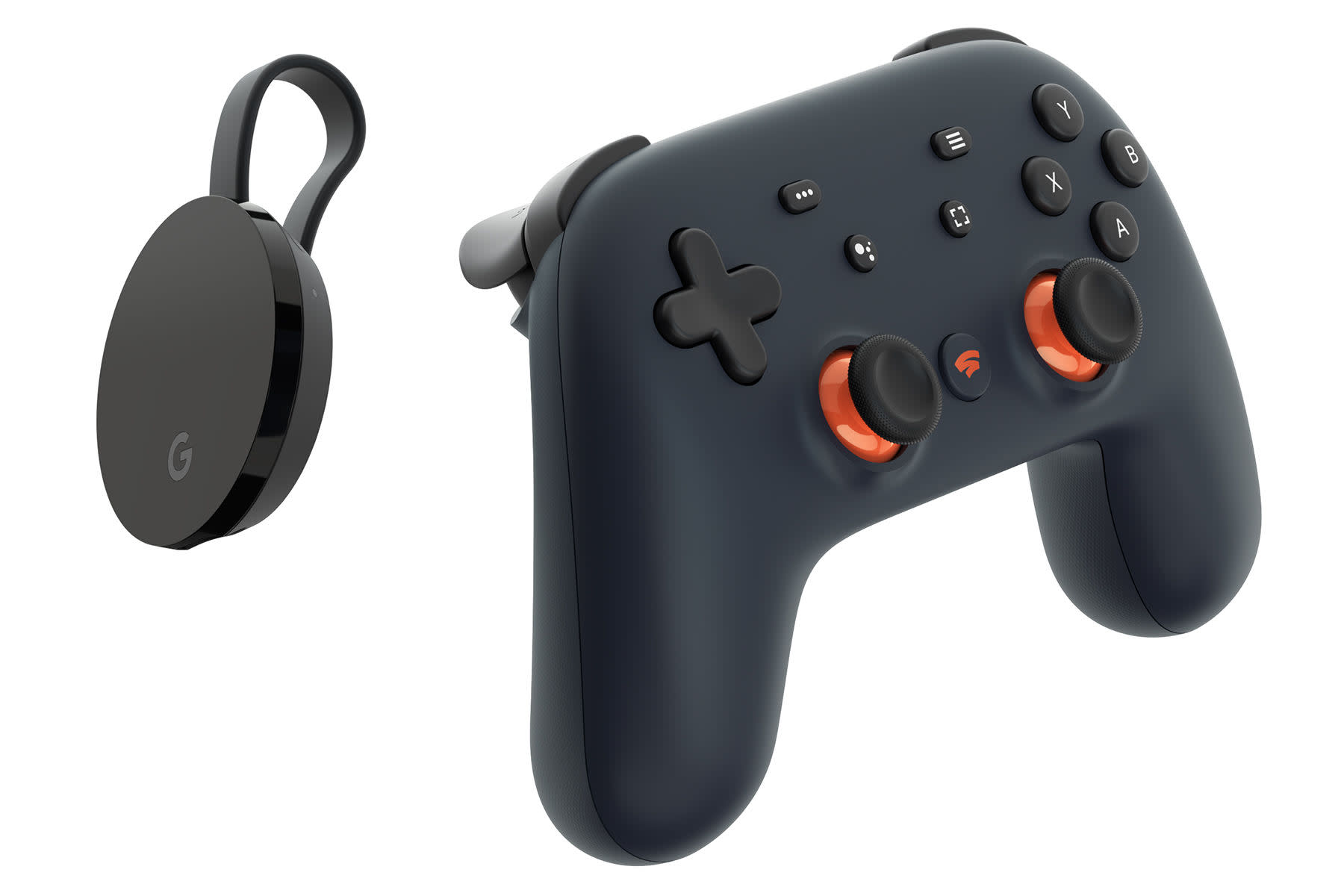 Google has partnered with BT, one of the UK's largest internet service providers, to get its video game streaming service in more homes. Starting today, anyone that signs up for a Superfast Fibre 2, Ultrafast Fibre 100 or Ultrafast Fibre 250 package will receive a free Google Stadia Premiere Edition. If you need a refresher, that includes a 'Clearly White' Stadia controller, black Chromecast Ultra, and three months of Stadia Pro, a subscription service that lets you stream a bunch of different games including Destiny 2 in up to 4K resolution and 5.1 surround sound. For reference, the Premiere Edition normally costs £119 in the Google Store.

After the first three months, you'll need to pay £8.99 per month to keep Stadia Pro. You can let the subscription expire, though, and still have access to Stadia Base, a basic storefront that lets you buy games individually and play them (via streaming) in up to 1080p resolution.

BT's offer is available until January 30th. Then, on February 7th, the company will offer various "Superfast Stadia gaming plans" that include a Stadia Premiere Edition. It's not clear exactly how these deals will differ from what's being offered today. (BT has merely confirmed that they'll be available with Superfast Fibre 2, Ultrafast Fibre 100 and Ultrafast Fibre 250.) An ongoing Stadia Pro discount, for instance, would be intriguing.

For Google, it's an obvious move. Stadia's launch was met with some lukewarm press coverage -- a curious platform with promise, many concluded, but not something that everyone needs just yet. For now, Google's biggest problem is awareness. It can't increase Stadia's install base unless people know it exists. The company made some attention-grabbing TV adverts, but it's unclear if they've made a real dent in the public consciousness. Recruiting BT, which often takes out massive billboard ads, will only help its cause in the UK. Still, it could be difficult to penetrate a market that is already rife with gaming platforms and subscriptions.

In this article: BT, BT broadband, game streaming, gaming, google, home, internet, Stadia, Stadia Pro
All products recommended by Engadget are selected by our editorial team, independent of our parent company. Some of our stories include affiliate links. If you buy something through one of these links, we may earn an affiliate commission.