After 18 years, how do gamers feel about the first Microsoft console?
A. Bouman|01.17.20
@dameright

Think back to 2001: Lifehouse's "Hanging by a Moment" was (inexplicably) the No. 1 song. NASA launched the Genesis space probe. Enron filed for Chapter 11 bankruptcy. Lord of the Rings: The Fellowship of the Ring was released in theaters. The first click-wheel iPod went on sale. And Microsoft released the first video game console made by an American company since the Atari Jaguar. Despite competing against the PlayStation 2, Sega's Dreamcast and the Nintendo GameCube, the first Xbox would go on to sell over 24 million units. We asked readers to review the console that kicked off the critically acclaimed FPS classic Halo; here are their memories, thoughts and opinions on the hardware and its best software features. 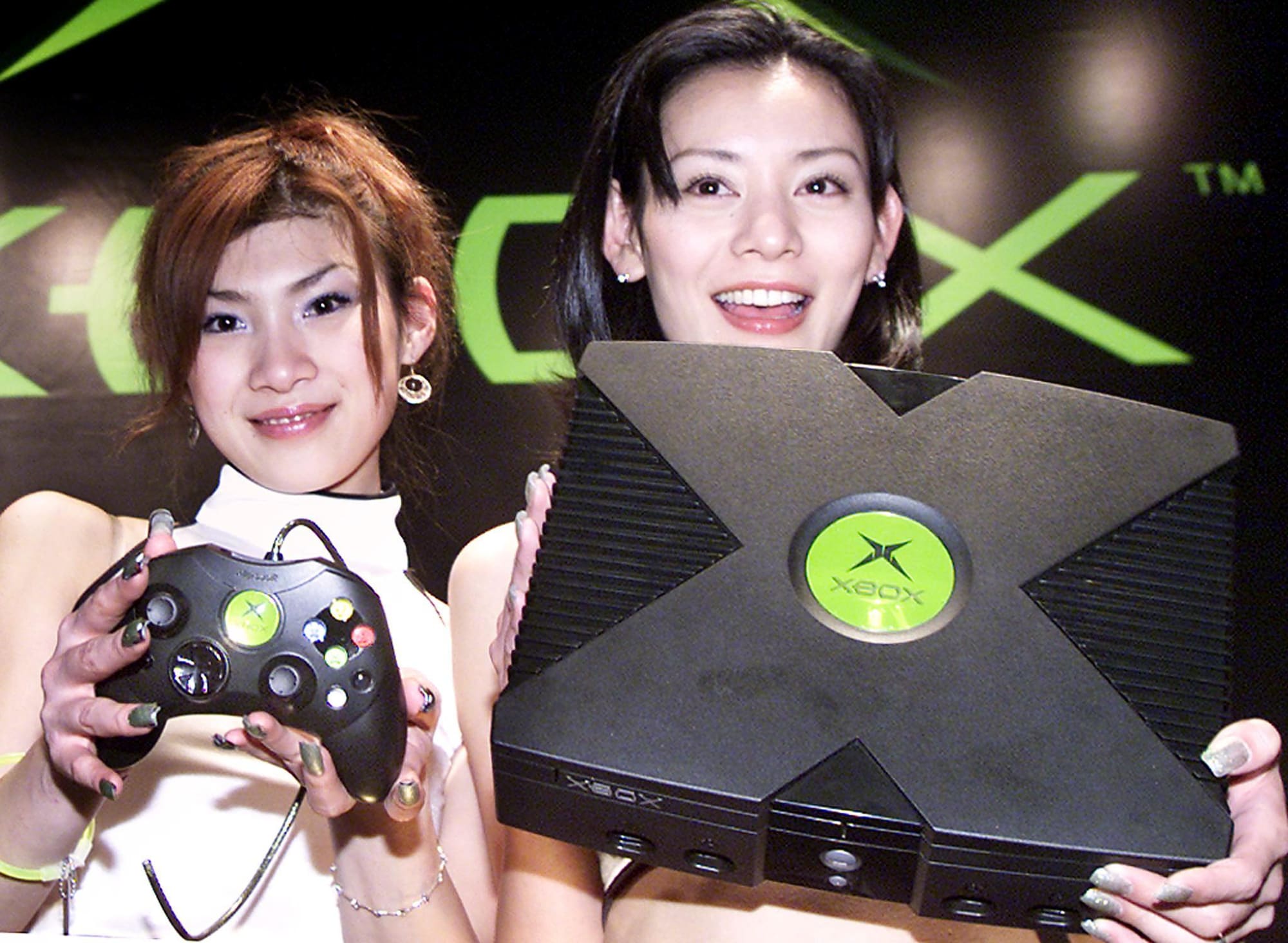 The physical console itself was a chunky black-and-green box with an "X" design overlayed on the top and four front-facing slots for controllers. The majority of users recalled positive feelings about the hardware; Tony loved the console and said it reminded him of an updated Dreamcast. George said it was "built like a tank" and brought up a YouTube video "that showed someone shooting the Xbox with a gun. Then they plugged it in and it still worked." Vu2You said it "had the most powerful performance of any console, and it showed in so many games." ShawnPPickett said he enjoyed his system a great deal and never had any serious problems with it.

Editor's note: We couldn't find this clip on YouTube, so please enjoy this skeet shooting one instead. If you do know what video he's talking about, please leave the link in the comments!

Still, users noted that the machine wasn't without its drawbacks: Malik mentioned its size as a disadvantage. Brak allowed that the console was great "except when it overheated" -- something that was also mentioned by Marioooo, who said the "standard fan noise is not exactly desirable" though "every other aspect of the console is impeccable." Izak mentioned that his only wish was that Microsoft hadn't replaced an "excellent console after only [four] years," and Marioooo said his only "real gripe with the console was the number of revisions it went through, meaning parts could be hard to come by." 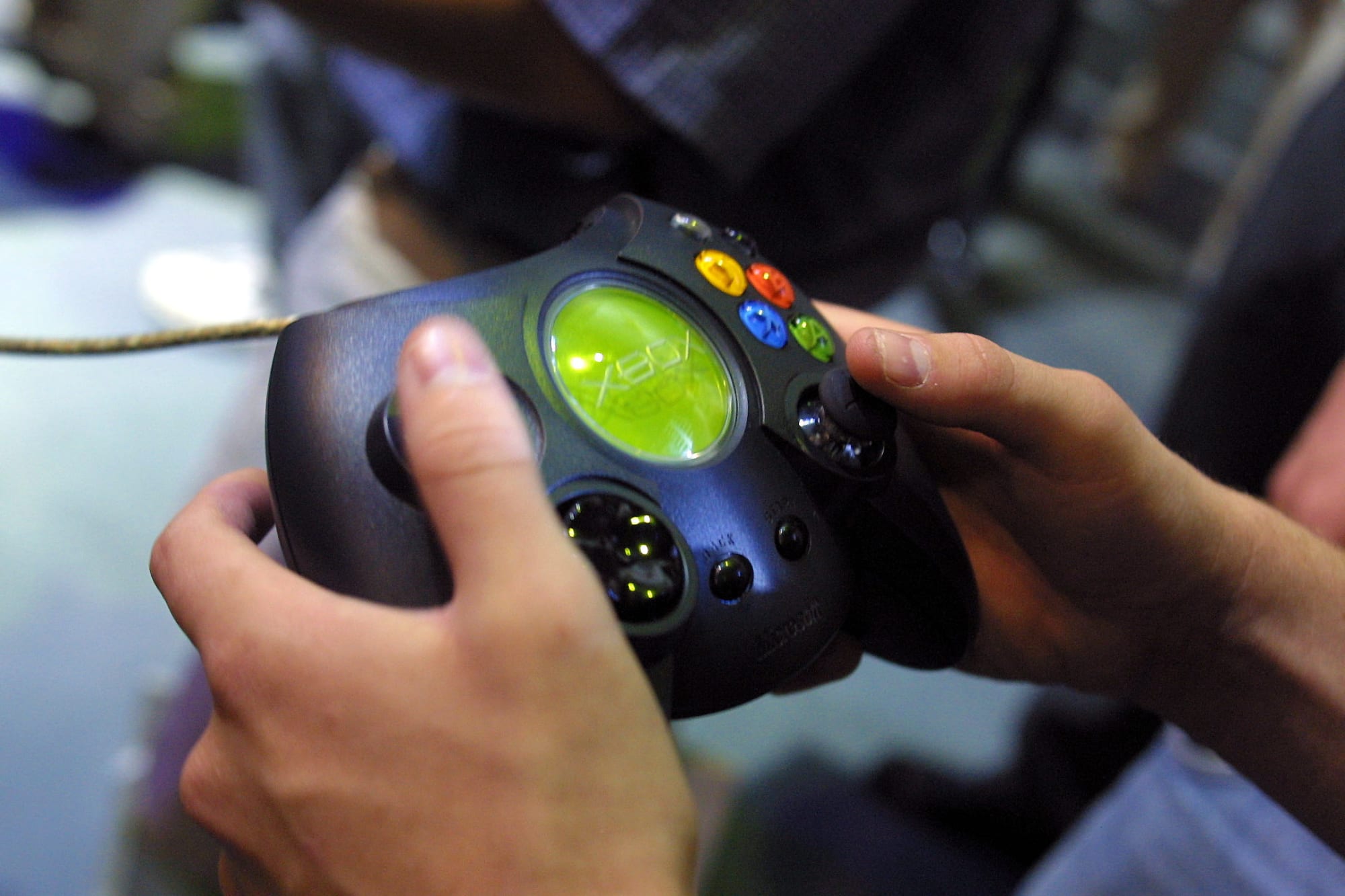 As iconic as the box itself were the "Duke" controllers with their ten digital buttons, a syncing button, two analog triggers, two analog sticks and a digital D-pad. The chunky accessories were loved by some and loathed by many. TacoDave said, "First things first: the original Xbox controller was horrible." Tony echoed the sentiment stating he hated the original controller, and XJackalX felt they were "very awkward." Only Marioooo was fond of Duke-style controllers, saying he used his for many years and loved them. Most others were relieved when the "S" controllers were available, with Tony finding they "made everything so much easier" and XJackalX saying the release of the "S" style controllers was "definitely a good idea on Microsoft's behalf."

When it came to the software featured on the first-gen Xbox, users like LordRahl72 were in complete agreement that the Xbox Media Center software made the system "the best media consumption device for its time." Wasserja thought XBMC made the system an "excellent media center" to this day, and Malik said the ability to store games, movies, music and emulators was "mind-blowing." Dvhh said XBMC was the aspect that really made the console shine, and "made it the best media center (even beating the Xbox 360 and PS3 for the media support)." 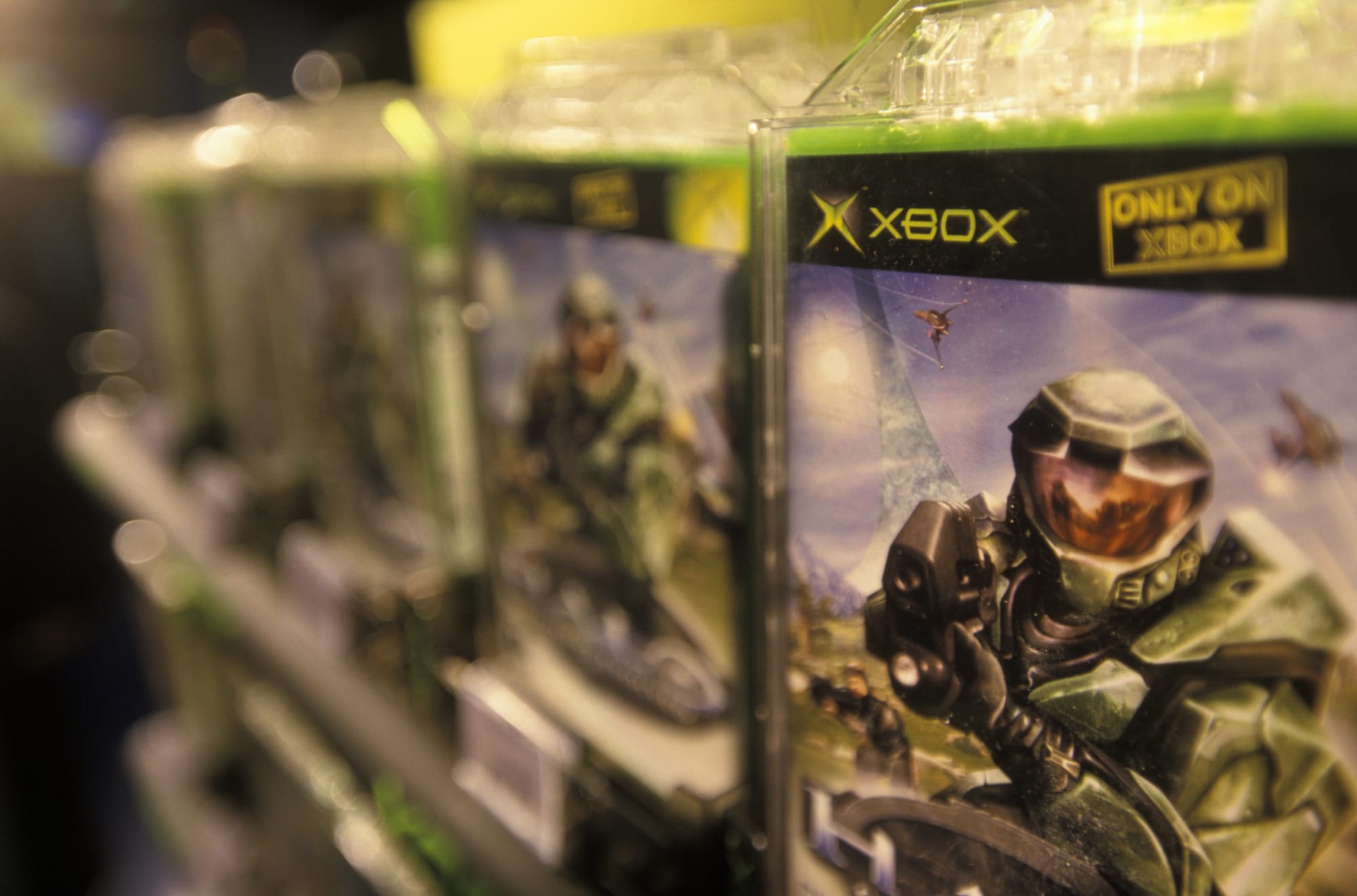 Users couldn't spend enough time discussing was the game selection and the titles that they lost countless hours playing. ShawnPPickett said he bought his console "based solely off of some of its exclusives (Jade Empire, KOTOR 1+2, Fable, Halo 1+2)." XJackalX was also a Halo fan, saying the game "definitely established the Xbox as the consoles for FPSs" and "probably saved Microsoft's console industry." Malik reminded us that "Halo was first established on this system and it became one of the all-time greatest games." GoFake1 also had fond memories of Halo.

But Halo wasn't the only title fondly remembered by users. Woody24 said: "Riddick was probably the best game I played on the system, completely underrated." Marioooo said his go-to games were Need for Speed, Project Gotham Racing and Burnout. And XJackalX said "other decent titles were Crimson Skies and Oddworld: Stranger's Wrath," though he also spent time playing Burnout 3. LordRahl72 said, "To this day, I am still waiting for a modern version of Rallisport Challenge 2!"

Many users shared their favorite memories of gaming on the first generation Xbox console, recalling what it was like to experience the system 18 years ago. It was, as Cjtylr said, "SICK back in the day." BillH said he "remembers using dual-stick controls for the first time. It took some getting used to, but I was young and getting blown up in multiplayer while running sideways was the most fun I could have."

Ggonz80 "purchased the original Xbox when I was a freshman in college and it was a great gaming system. My friends and I spent many hours battling in Madden tournaments." TacoDave has "so many good memories related to the original Xbox, but none quite so stirring as four-player, split-screen Halo with friends. I had a group that would come over every Sunday afternoon for months on end and we would just play Halo for hours. Nothing beats in-person, in-the-same-room, split-screen multiplayer. Nothing."

At least three users still have their original systems: In fact, Marioooo still owns three. George still has his in the living room, "sitting next to my 360 and Xbox [One]." And Woody24 just found his Xbox in the garage this past summer. "I opened the system up to remove the corroded capacitor, fired it up and started Riddick all over again. It will now find a new home in my TV center next to the PS4, Xbone, Genesis/32X/CD, SNES, PS2 and NES." 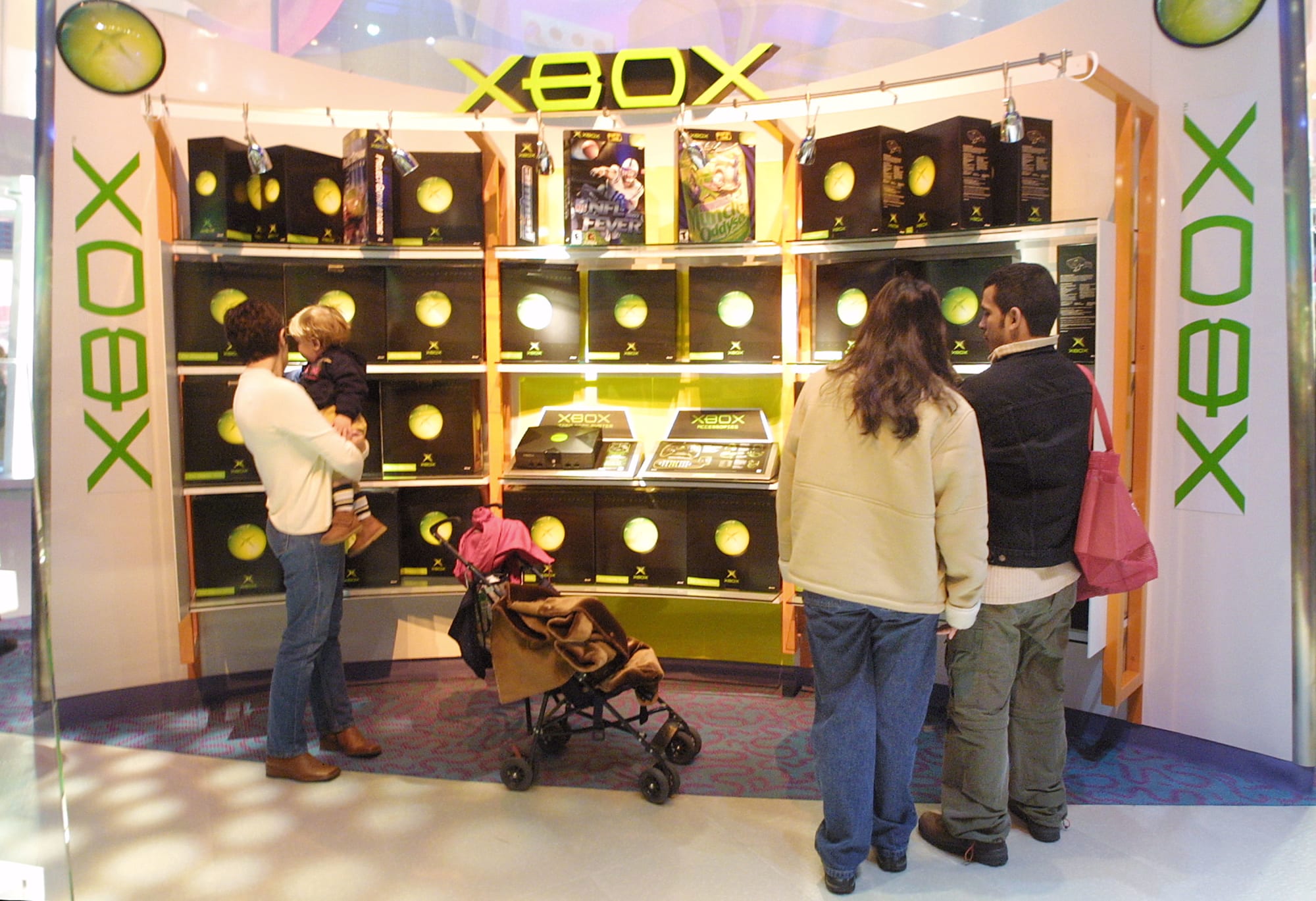 Some users, like Nazukeoya, now feel the first Xbox system was lacking. Their first experience with it at E3 in 2001 left them "completely unimpressed ... GoFake1 said the Xbox "was my first game-console experience, and it could have gone better." And Cjtylr felt that "unfortunately, by today's standards, the graphics are bad, it lacked any online support and didn't have a huge game library."

However, most users were more positive. George said the console "broke a lot of ground in graphics, capabilities and online play," while Malik said the "Xbox is a great system." JSicilia1 agreed that it was a "great system for its time," and even Cjtylr admitted that despite the flaws they mentioned above, the first-generation Xbox "was a game-changing product."