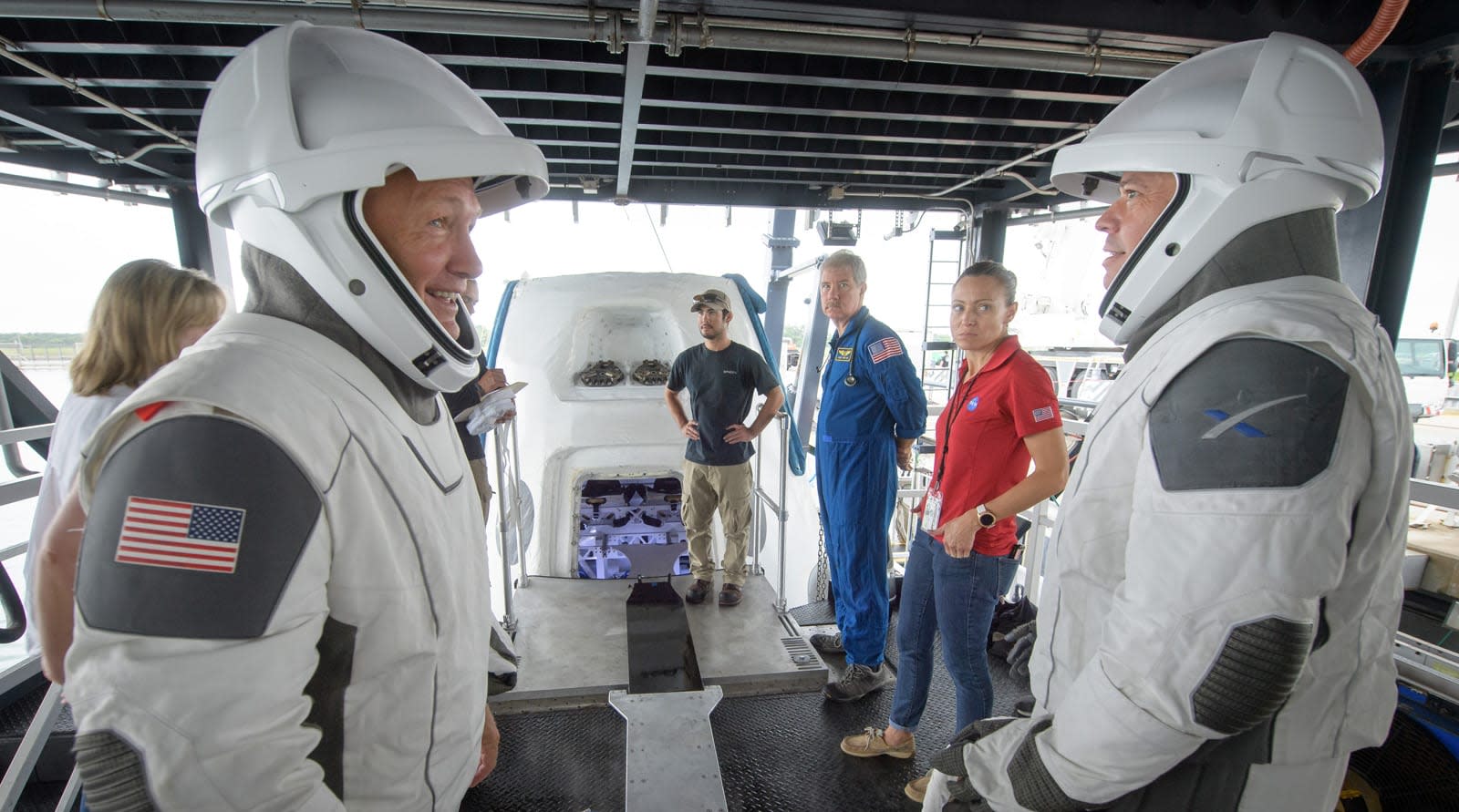 Now that SpaceX has completed Crew Dragon's in-flight launch escape test, when can you expect a mission with humans aboard? At last, the company has a more specific answer than early 2020. Company chief Elon Musk told attendees at a post-test conference that the crewed mission to the International Space Station will likely take place in the second quarter of the year, or sometime between April and June. SpaceX was "highly confident" the hardware would be ready in the first quarter, "most likely" in February.

It's a good idea to take estimates like this with a grain of salt. Schedules for spaceflight can slip with little warning (even this latest test was delayed by a day). And there's no denying that Musk's estimates are sometimes optimistic -- just look at how long it took Falcon Heavy to translate from a concept to an honest-to-goodness launch. The escape demonstration was the last major test before the crewed flight, though, so there isn't as much of a chance of delays as there has been in the past.

In this article: crew dragon, elon musk, international space station, nasa, space, spaceflight, spacex, tomorrow, gear
All products recommended by Engadget are selected by our editorial team, independent of our parent company. Some of our stories include affiliate links. If you buy something through one of these links, we may earn an affiliate commission.