And more video games are delayed.

Hey, good morning! Disney+ might be making an early appearance in Europe, but why is your most hyped game of 2020 most likely delayed?

Maybe it's the Final Fantasy VII Remake, the ambitious refresh of a decades-old RPG. Perhaps it's Cyberpunk 2077, with CD Projekt Red once again attempting to reinvent story-based open-world gaming. Or today's addition, Dying Light 2 -- even if it doesn't quite have the same spotlight shining on it.

It's another game from publisher Square Enix. It's having a rough 2020, judging by delays to Marvel's Avengers, the aforementioned FFVIIR and now this zombie battler sequel. The rough part is that DL2 is delayed indefinitely -- developer Techland doesn't know when it'll be finished. Like Kotaku's Jason Schreier wrote a few years ago, it's actually hard to find a video game that wasn't delayed in one way or another.

If you're looking for reasons, you could look to the well-documented cases of burnout and 'crunch' from games makers over the last few years, with programmers and creators ground down by working a lot of overtime, unraveling bugs and polishing a game so that it doesn't arrive in players' hands in need of substantial launch day patch.

The word 'polish' is repeated in the delay announcements of several game companies, but there's another event looming this year: the arrival of next-gen consoles from both Microsoft and Sony.

Would new flagship games like these help or hinder the sales of the PlayStation 5 or Xbox Series X? Conversely, will brand new consoles help sell new games?

If you live in Europe and you've been patiently waiting to (legally) get stuck into The Mandalorian, we have some good news. The Walt Disney Company has confirmed it's bringing the European launch date of Disney+ forward by a week, opening its doors in select countries from March 24th. Pricing has been set £5.99/€6.99 per month, or £59.99/€69.99 for a yearly subscription -- but no word on any tempting early discounts. Yet.

It claims this is a plot by short sellers to undermine the company. 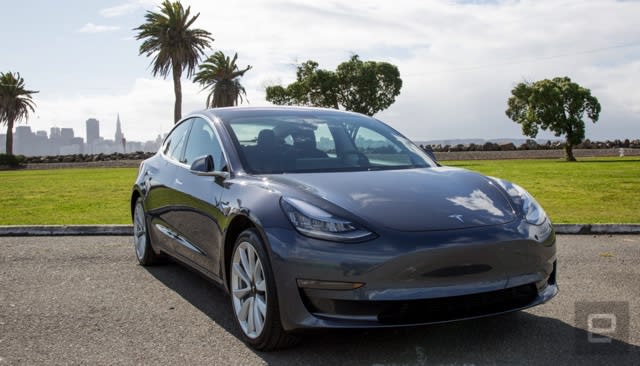 Tesla just rejected any notion that its cars are prone to unintended acceleration. In a blog post, the EV maker claimed that a petition describing unexpected acceleration was "completely false" and the product of those hoping to make a quick buck on Tesla investments. Every case where the company had a car's data showed that the car worked as intended, it said in the post.

Moreover, Tesla claimed its system was designed to avoid these problems. All its models have two pedal position sensors, and "any error" defaults to shutting off motor torque. It even uses the Autopilot sensors to catch potential pedal misuse and cut torque to prevent accidents.

The firm added that it was "transparent" with the National Highway Traffic Safety Administration, and regularly shared complaints of unintended acceleration with the agency. It shared the "majority" of the complaints from the petition and found no faults.

The studio needs more time, but how much it needs isn't clear.
'Dying Light 2' is delayed indefinitely 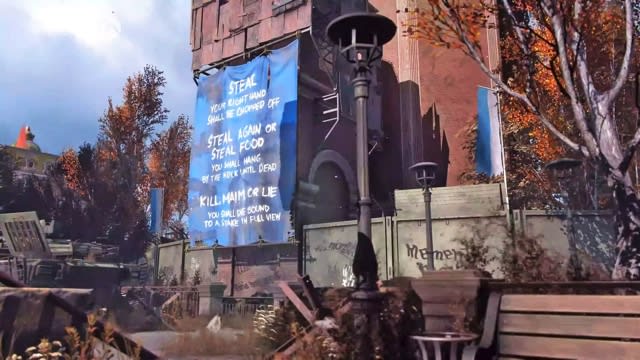 Yet another Square Enix-published game is facing a delay, and this might not be a short wait. Techland has delayed its zombie title Dying Light 2 indefinitely to allow "more development time to fulfill our vision." It didn't say what led to the company missing its spring 2020 target. And you'll have to wait a while to know when the game will be ready -- the studio is only promising to share more info in the "coming months."

There are several potential factors behind such a non-specific delay. The widened scope of DL2 could play a key role. The environment and gameplay can change radically based on your actions, and that's likely no small challenge to implement.

You'll have to pay at least $849 for the more colorful model.
Google's Pixelbook Go is finally available in 'Not Pink' 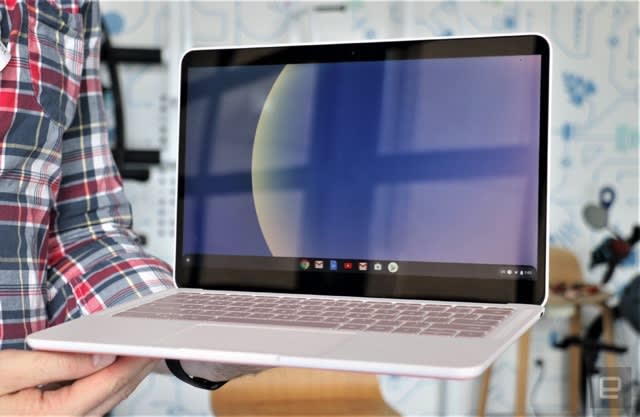 It took three months, but Google is finally offering its Not Pink version of the Pixelbook Go -- the Chromebook is now available through its official store, Best Buy and other channels. It's functionally the same as the black laptop, of course, but decidedly less drab. Just be ready to pay extra for the more vibrant shade. Not Pink isn't available for the base Core m3 system -- you're looking at a minimum $849 for a Core i5 model.

The Pixelbook Go isn't the most exciting Chromebook on the market (not after CES), but it checks the right boxes with solid performance, healthy battery life and a quality keyboard. The biggest complaint, which this new model exacerbates, is the cost.

In other words, they're meant for most of the world.
Qualcomm's new mobile chipsets pack more features for the non-5G crowd

Qualcomm has announced a new selection of smartphone processors -- just don't mention next-gen networks. The company announced the new Snapdragon 720G, 662 and 460 at a press event in New Delhi this morning, and all three share certain characteristics -- think support for WiFi 6 and India's NavIC satellite positioning system. While it's easy enough to read these announcements as an overture to an incredibly valuable country, Qualcomm insists these new processors will make their way to the US and other mature markets, too.