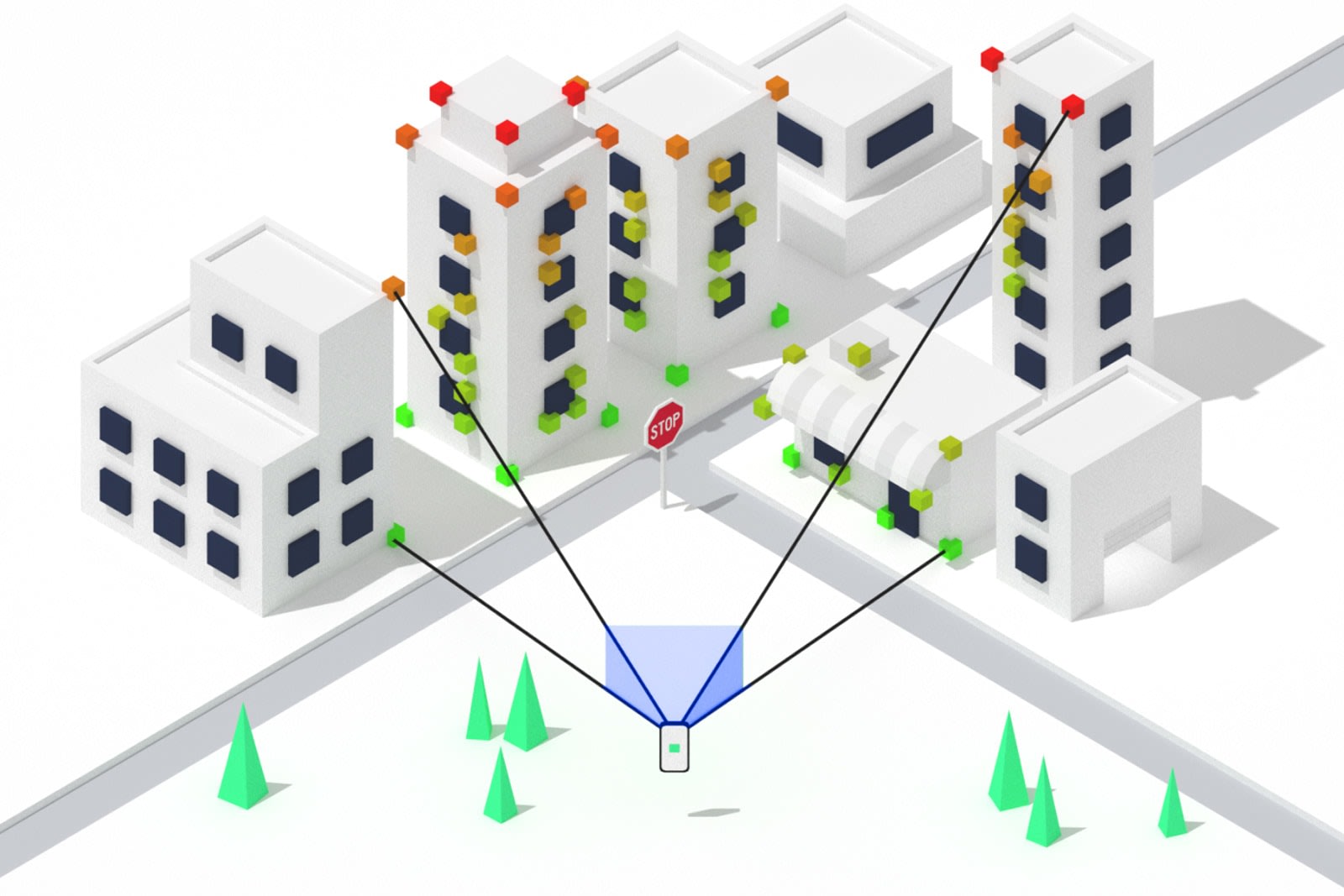 Facebook might have just acquired a key ingredient for its augmented reality glasses. TechCrunch has discovered a filing indicating that Facebook has bought Scape Technologies, a London-based startup using computer vision to determine your location beyond the capabilities of GPS alone. Its cloud-based "Visual Positioning Service" translates images into 3D maps that deliver a precise outdoor location across entire cities -- important when you need to know exactly where a store is on a street block.

We've asked Facebook for comment on the deal, although this doesn't appear to be an acquihire (where a large company buys a smaller one primarily for its employees). The social network now owns a majority stake, and two of its executives now sit on Scape's board of directors in place of venture capital representatives.

While it's not initially clear what Facebook intends to do with scape, the AR glasses may be the best fit. This could help you navigate around town simply by looking at the buildings around you. There are other potential uses, though, such as improving the accuracy of Facebook check-ins when you capture photos and videos. This won't completely assuage concerns about Facebook's location tracking habits. However, it could ensure better results in those moments when you really do want Facebook to know your whereabouts.

Update 2/8 3PM ET: Facebook confirmed the acquisition to Engadget, but didn't go into further detail. "We acquire smaller tech companies from time to time. We don't always discuss our plans," a spokesperson said.

Source: TechCrunch
In this article: acquisition, computer vision, facebook, gadgetry, gadgets, gear, internet, mobile, social media, social network, social networking
All products recommended by Engadget are selected by our editorial team, independent of our parent company. Some of our stories include affiliate links. If you buy something through one of these links, we may earn an affiliate commission.